‘Suicidal’ gunman armed with an airsoft gun and a knife survives officer-involved shooting. 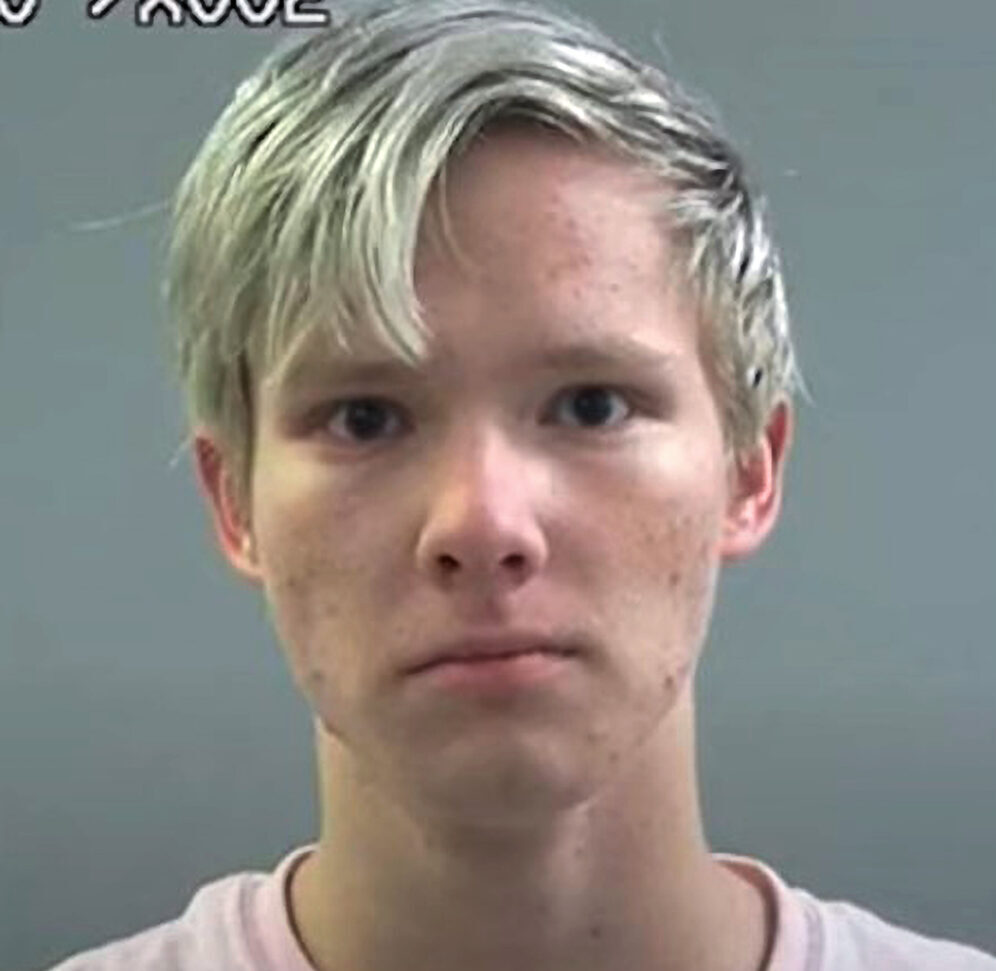 Dramatic footage released by the Weber County Attorney’s Office in Utah gives new insight into a police officer-involved shooting of a teenager armed with a knife and fake gun. He was charged for aggravated assault and possession of a firearm by a restricted person. (Weber County Attorney/Newsflash)

OGDEN, Utah — Footage released by the  the Weber County Attorney’s Office in Utah gives new insight into a police officer-involved shooting of a teenager.

The incident took place in Ogden, Utah, on Oct. 27, and both body camera footage and surveillance video were shared along with audio from the 911 call.

Officers from the Ogden Police Department were responding to a report about an 18-year-old, identified as Gavin Johansen, who was planning to “get a shotgun and commit suicide.” After arriving at the scene, the suspect’s sister informed the officers that her brother was in the basement of the home with a gun.

Johansen, however, can be seen in the footage exiting the house through the rear basement door and running up a set of stairs to the ground level, armed with a knife and what appears to be a handgun. An officer positioned at the back of the residence shouts, “Hey!” three times as the suspect points the firearm at her.

The officer then fires off five shots, one of which hits Johansen in the lower torso. He was administered first aid for non-life threatening injuries before being taken to a nearby hospital for further treatment.

“Am I going to die?” he can be heard asking as the officers tend to him.

Inside the property, authorities found a shotgun on the sofa and several rounds lying on the ground. They additionally identified the handgun as an airsoft gun, which shoots plastic pellets.

Johansen has been charged with assault against a peace officer, possession of a firearm by a restricted person and aggravated assault. An internal investigation is underway to determine whether the officers acted in accordance with the law and will be submitted to the attorney’s office for final review once completed.

The incident marks the eighth officer-involved shooting to take place in Weber County and neighboring Davis County so far this year, three of which involved officers from the Ogden Police Department.