Female calf eventually expected to be sent to African wild. 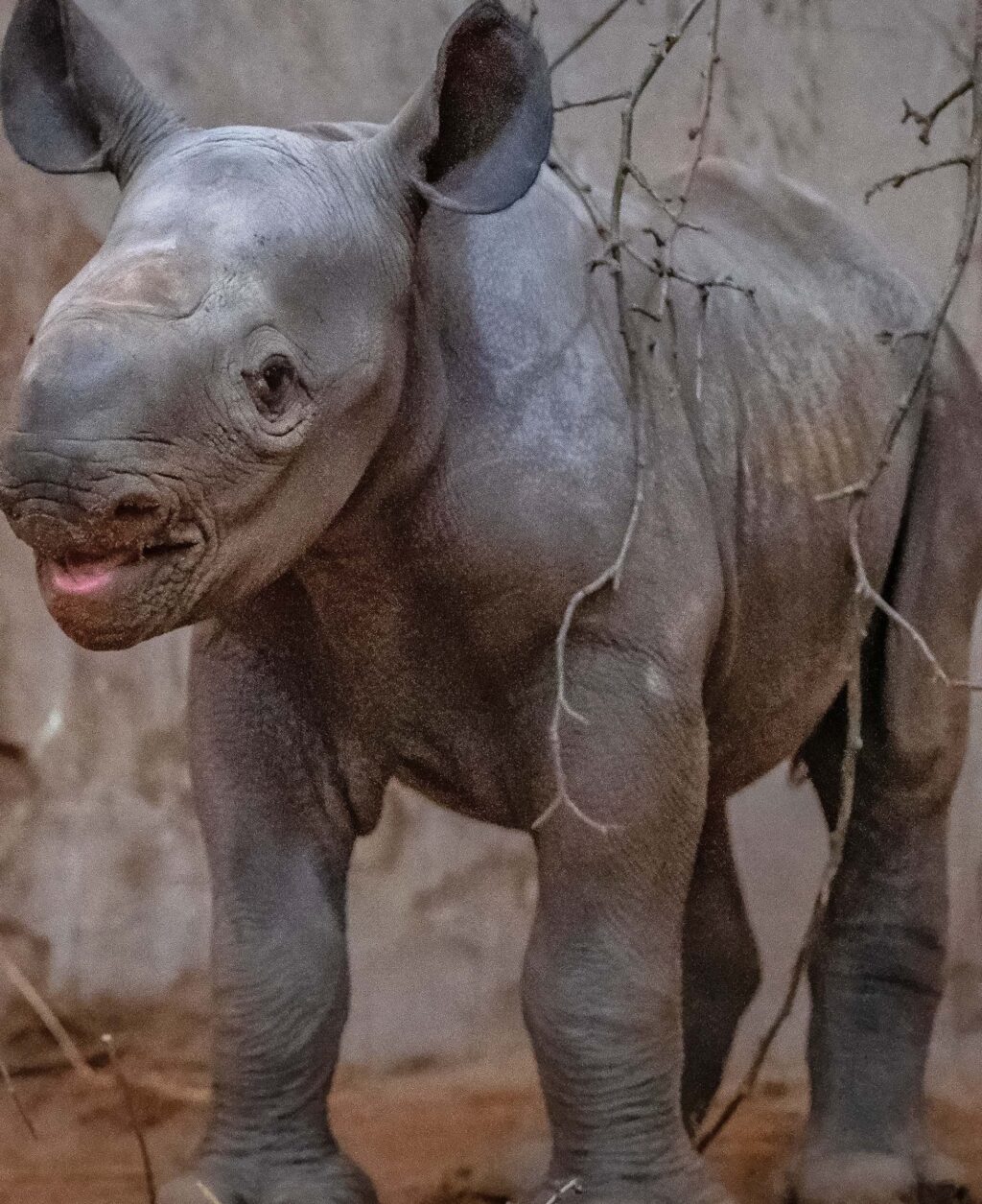 CHESHIRE, England – A member of the critically endangered eastern black rhino species has given birth to a female calf in England’s Chester Zoo.

The rhinoceros mother, named Ema Elsa, gave birth after a 15-month pregnancy, according to the zoo in the English county of Cheshire. The birth took place Oct. 29, but the zoo did not release news about it until last week.

The newborn’s arrival was filmed by the zoo’s CCTV cameras, and the footage shows the calf suckling its mother a few minutes after entering the world.

Zoo workers said the calf’s birth will be celebrated around the world, as fewer than 1,000 eastern black rhinoceroses are alive today. The species has been decimated by poachers killing its members for their horns.

In nature, such black rhinos (Diceros bicornis michaeli) are only found in Kenya, Rwanda and Tanzania. But several black rhinos have been born in European zoos in recent years as a result of a coordinated breeding program that then sends that offspring to national parks in Africa to bolster their numbers in the wild.

“The birth of a critically endangered eastern black rhino is always very special,” said Chester Zoo rhino expert Andrew McKenzie. “And to be able to watch on camera as a calf is born is an incredible privilege. Seeing the little one then get to her feet with a gentle nudge from mum, take her first tentative steps and suckle for the first time is the icing on the cake. It really is heart-warming stuff.”

The main threat to rhinos in general is poaching for their horns, which are most often harvested for sale in Asia, where they are believed to have medicinal powers. In addition to breeding programs like those run by the European zoos, some conservation groups are working to protect the animals by dehorning them in the African wild, as previously reported by Zenger News.

Zoos in the meantime see the births of such calves as the not-yet-named one in England as a chance “to highlight the perilous position that this species is in, and we hope they encourage more people to join the fight to prevent the extinction of these gentle giants,” according to McKenzie.

“In the future, as we work to ensure more safe areas, we hope Ema Elsa and her offspring, like others before them born into the European breeding program, are one day able to make the journey back to Africa,” he said.

Those wanting to see the calf up close at the zoo will have to wait a bit. It closed Nov. 4 and isn’t slated to reopen until Dec. 3, as part of the U.K.’s efforts to slow the spread of COVID-19.