‘Jallikattu’ is India’s Entry to the Academy Awards 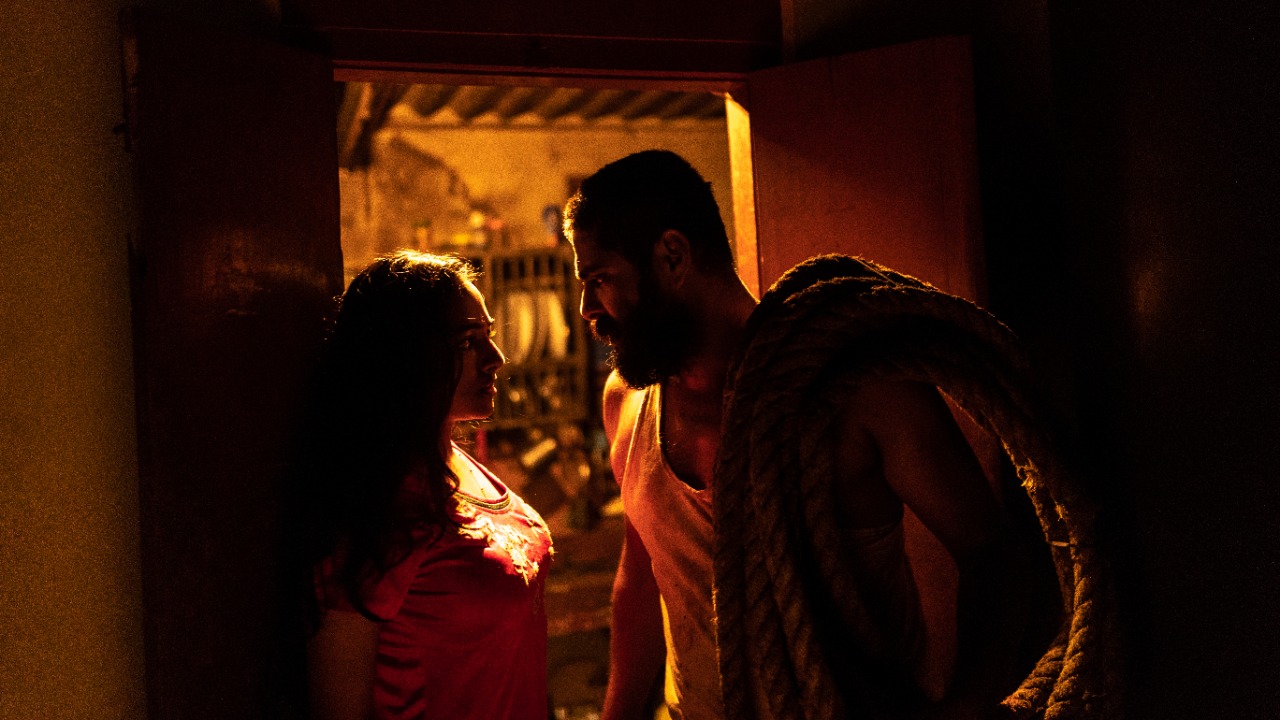 A scene from the film 'Jallikattu'. Courtesy of Anthony Varghese

“Jallikattu,” a film in the Malayalam language spoken in certain regions of southern India, has been selected as India’s official entry to the 93rd Academy Awards in the Best International Feature Film category.

Directed by Lijo Jose Pellissery, it is the third Malayalam film after “Guru” (1997) and “Adaminte Makan Abu” (2011) to be chosen as the country’s official entry for the Oscars. The film is available on Amazon Prime Video in India.

Based on the short story, “Maoist” by writer S. Hareesh, the film features a cast of Antony Varghese, Chemban Vinod Jose, Sabumon Abdusamad and Santhy Balachandran.

India has managed to get a foot into the Best International Film category thrice in the past: “Mother India” in 1957, “Salaam Bombay!” in 1988 and, most recently, “Lagaan” in 2001.

Two of these three have emerged from Bollywood, the most profitable part of Indian cinema. In 2019, the FFI jury led by filmmaker Aparna Sen, submitted Bollywood film “Gully Boy” as India’s official entry to the Academy Awards. However, it’s regional cinema that has been gaining critical international recognition over the last few years at renowned film fests like the Toronto International Film Festival, Cannes and Venice Film Festival.

In Pellissery’s cinematic universe, a bull escapes a slaughterhouse in Kerala’s idyllic Idukki district. In its bid for freedom the animal tramples and destroys the villagers’ property. Soon everyone from local politicians to policemen and even priests are out for the bull’s blood.

Pellissery explores human cruelty and the little effort it takes to incite violence in the hearts of men.

“When I first got the news, I couldn’t believe it, I thought someone was playing a prank on me,” said actor Varghese to Zenger news. He plays, Antony a leader of one of two groups of men after the escaped bull.

Varghese made his debut in 2017 as the lead in “Angamaly Diaries,” also directed by Pellissery.

“I really wish that many more amazing movies in all the regional languages get similar exposure, enabling filmmakers to explore more artistic aspects of cinematography. It is such a privilege that a movie from the south of India is getting the recognition it deserves,” said Varghese.

The actor said the hardest part about playing his character was the physical effort that the role demanded continuously; especially the climax, which was shot over three grueling days from 6 pm to 4 am.

“We were in the cold, wet mud, fighting within a human pyramid, which was very strenuous,” he said. “Not just me, the entire cast has had to put in a lot of effort for this movie. However, getting into the skin of the character wasn’t difficult because I was just bringing the director’s vision to life.”

“Jallikattu” establishes a carnal greed for beef early on in the film, at a time when India has strictly regulated the slaughter and consumption of the meat.

The Narendra Modi-led Bharatiya Janata Party imposed a ban on beef in May 2017.

The film borrows its name from the controversial eponymous sport that is practiced in the southern state of Tamil Nadu, during the religious festival of Pongal in January every year.

The traditional event has a wild bull released into a crowd of men who compete to ride it the longest and capture the flags attached to its horns.

The game often involves injuries and even fatal accidents affecting both the bulls and men. The game has been banned, but after protests, a new ordinance allowed the sport to resume in 2017 with strict guidelines. “

“Jallikattu” premiered in September 2019 at the Toronto International Film Festival to widespread critical acclaim. It beat 26 other films in consideration as India’s official entry to the Oscars. The list includes “Shakuntala Devi”, “Gulabo Sitabo”, “Chhalaang”, “The Disciple”, “Bittersweet” and others.

While a theatrical release has been necessary as criteria for submission, this year most of the films on the list premiered on streaming platforms.

Rawail said that the film brought out the “problems in human beings; that is we are worse than animals (sic),” at a virtual press conference with journalists.

Any filmmaker is welcome to submit their film to the FFI for consideration and this year, Jallikattu has been a jury favorite.

“Even though my character, Sophie doesn’t appear on screen much, she is still spoken about by the other characters,” said Santhy Balachandran explaining why she was drawn to the script. “She doesn’t get involved in the frenzy or chaos, but she motivates these men and drives the action to the point of that climactic moment.”

Balachandran said the character’s essence was entirely written between the lines resulting in a woman of such agency that she navigates the patriarchal society on her own terms.  The actor called her character, the ultimate predator.

The implicative narrative that Pellissery is fond of has won over critics across the country as well.

“Lijo is a very gifted filmmaker,” said Meenakshi Shedde, a film critic and India/ South Asia Consultant to the Berlin Film Festival. “It is an art house subject, but he has made it beautifully and the kinetic cinematography in eye-catching. The craftsmanship is very visible. It’s a political film that’s powerful and compelling.”

So far India has not brought home an Academy Award in the Best International Film category. However, “Period. End of Sentence.” co-produced by filmmaker Guneet Monga bagged the Best Documentary (Short Subject) at the 91st Academy Awards.

Prior to that, Resul Pookutty took home the honor for Best Sound Mixing and A.R Rahman won for Best Original Score and Best Original Song for “Slumdog Millionaire in 2009”.