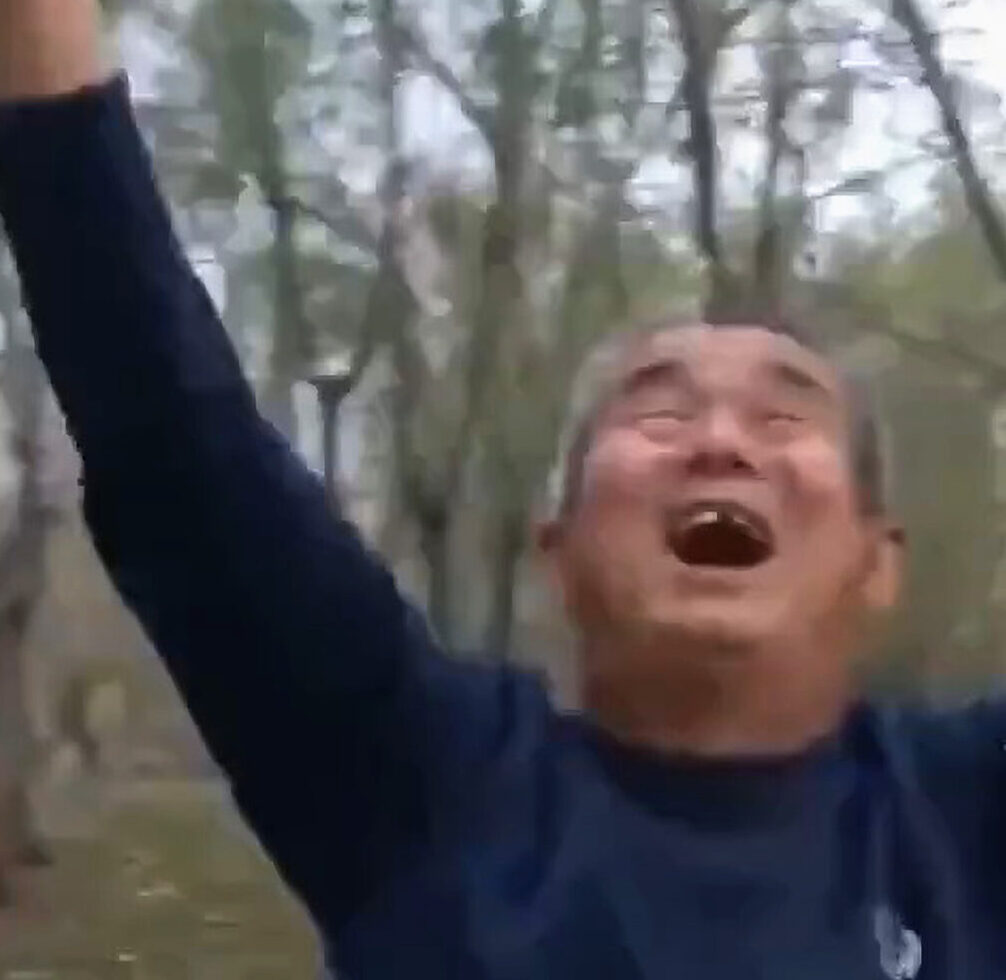 Pensioners improving their lung capacity during Covid by laughing. (@xiaojiuA/Newsflash).

ZIBO, China — Laughter may be the best medicine.

Footage of Chinese seniors laughing out loud for 20 minutes as part of their daily lung exercise is going viral.

The unusual practice, known as laughter yoga or chuckle yoga, took place at an outdoor fitness field in the city of Zibo in China’s Shandong Province earlier this month. Videos on social media show a group of elderly people practicing the exercise, which involves prolonged voluntary laughter without necessarily finding anything funny.

The modern yoga method, developed by Indian medical doctor Dr. Madan Kataria, has spread worldwide and is based on the fact that the body cannot tell the difference between fake and real laughter, allowing one to get the same physiological and psychological benefits from both.

In addition to lowering a person’s blood pressure and stress levels, the practice is also believed to increase lung capacity, strengthen the immune system and improve cardiovascular health. Studies have also demonstrated that laughter yoga can be beneficial for patients with dementia or Alzheimer’s Disease by fostering a positive mental state to help cope with difficulties.

Research conducted among patients with asthma or chronic lung illnesses has shown that having a sense of humor is associated with improved emotional functioning and an enhanced quality of life.  A smaller study indicated that laughter reduces air trapping in people suffering from chronic obstructive pulmonary disease, an illness that causes lungs to grow too big and not function properly, leading to shortness of breath.

Experts at the American Lung Association have also found that surgery patients can benefit from laughing because it can “have the same benefits of expanding the lower portions of the lung as an incentive spirometry device that is often recommended after abdominal surgery to encourage deep breathing and mobilization of dependent mucus.”