The Sky’s the Limit: Parachutists Use Props to Enhance Experience 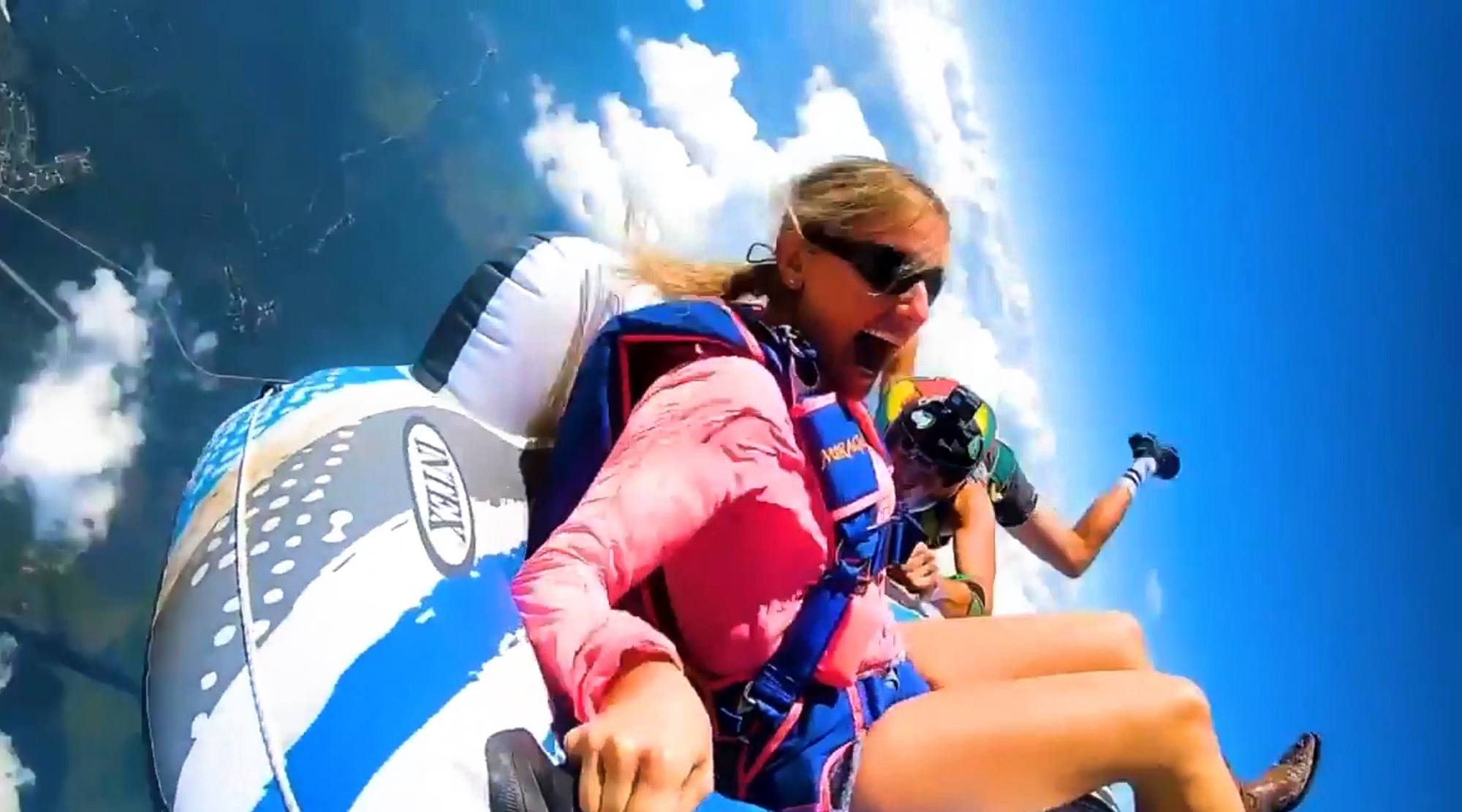 RIVER RANCH, Florida — Skydiving instructor Jimmy Hutfles likes to take props on his drops to relax his skydiving students — and kick up the experience.

The first video shows his team enjoying the view as they jump from a plane and plunge earthward — sitting on an inflatable swim ring. Hutfles organized the free-fall jump recently at River Ranch, Florida, that involved an estimated 13,000-foot drop.

A second video shows the divers doing synchronized moves, remaining in the same position relative to each other. They strike different poses as Earth gets closer.

Hutfles, who was born in Neptune Beach, Florida, works as a mechanical engineer at Northrop Grumman. On weekends, he becomes a tandem skydiving instructor, and has made 860 jumps over four years from planes, as well as from a helicopter.

“It is the most peaceful feeling I have ever experienced. Nothing matters in free fall except the present moment,” he said. “My first jump was when I was 18. It was certainly frightening, but also exciting and overwhelming.”

The videos show why group jumps are more fun, according to Hutfles. Divers have the ability to fly around each other and play games in the sky.

He coaches both new and experienced skydivers.

“The hardest thing in my profession is the barrier to entry. At first, the sport is very overwhelming and there is a lot to learn, as well as the cost of training. However, once you are past the initial training the sport gets much cheaper and easier,” he said.

What about the fear factor about jumping out of a plane? No worries, Hutfles says.

“I am no Superman. I am just a normal dude who was lucky enough to find this amazing sport. If I can do it, anyone can. If you are curious about it, make a tandem skydive. It could change your life.”