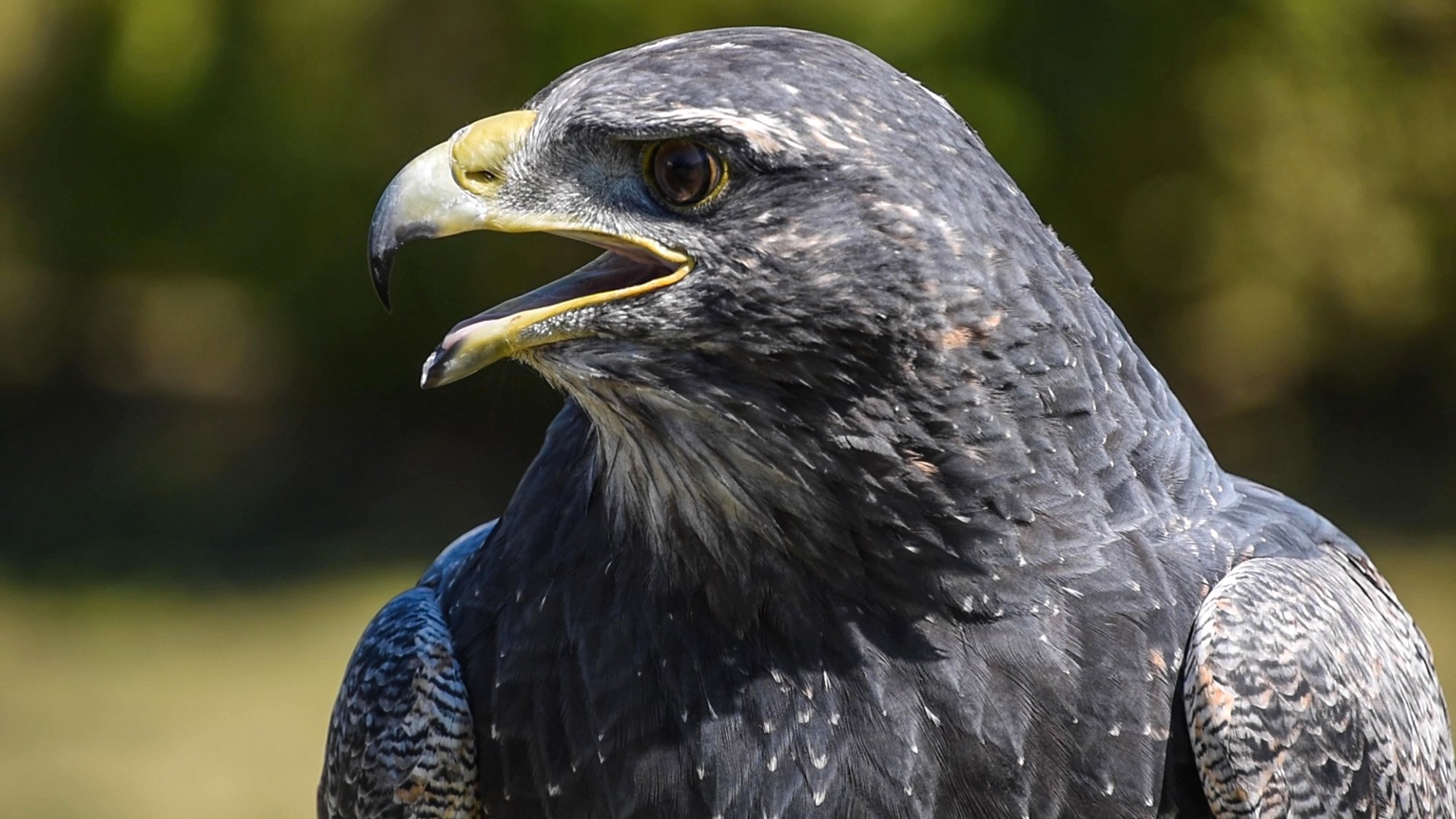 SAN CLEMENTE DEL TUYU, Argentina — After two years of rehabilitation, a black-chested buzzard-eagle that was found nearly dead in Argentina is back in the wild. The type of wounds the female bird suffered meant she was likely a victim of animal trafficking, authorities say.

The buzzard-eagle (Geranoatus melanoleucus) was discovered by Mundo Marino Education Park employee Luis De Rosa under a tree in a field near where he works in August 2018.

De Rosa first became suspicious the bird was wounded when it did not react to his presence, and he saw its talons appeared to be injured, according to a press release obtained by Zenger News.

De Rosa used a rope and his jacket to capture the wounded bird, which he took to the park’s veterinarians. That medical team ran some tests and confirmed it was a young female buzzard-eagle between 4 and 5 years old.

“She was in very bad condition and had very low chances of living,” said Nestor Truppa, a specialist in charge of land-animal restoration at the park, which is in San Clemente del Tuyú.

At that time, the bird weighed roughly 60% of what’s normal for a bird her age and had major infections on her talons and feet.

The vets believe she had been a victim of illegal trafficking because her wings were cut, which kept her from flying, and her tail feathers were covered in feces, an indication she was kept in a small, confined space. She also had an infection on her right talon, which is believed to have been caused a leash designed to keep her from flying off, along with an inflammation near her claws thought to be caused by keeping her on a man-made, rigid surface.

The bird had to undergo surgery and antibiotic treatments to help heal the injuries that, if left untreated, would have led to her death, said Mundo Marino veterinarian Juan Pablo Loureiro.

It took 14 months for the bird to be ready for the second phase of her recovery process.

“Once she had recovered from her injuries, we started with muscle-stimulating exercises,” said Raul Beron, one of the park’s keepers. “It was clear she had never done long flights, as she did not have enough endurance and got tired easily. Respecting her limits, we started to stimulate flying practice and vertical jumps so that her talons would get stronger.”

She was also taught to hunt again after her long captivity to ensure she could survive in the wild upon her release, which took place earlier this month.

“Seeing her fly fills us with emotion,” said Truppa. “What makes us really happy is that she made it and today she is in her natural environment.”

Black-chested buzzard-eagles live in virtually all South American countries, from Argentina to Venezuela. They serve an important ecological function as they hunt and contribute to maintaining a balance in the ecosystem.

The species’ females are commonly bigger than the males. They typically weigh about 3 kilograms (roughly 6.6 pounds) and have a wingspan of up to 2 meters (about 6.5 feet). Given their relatively stable population, such birds are listed as being of “least concern” on the IUCN Red List of Threatened Species.