Roberto Junco, the Mexican Archaeologist Who Searched for Underwater Treasures 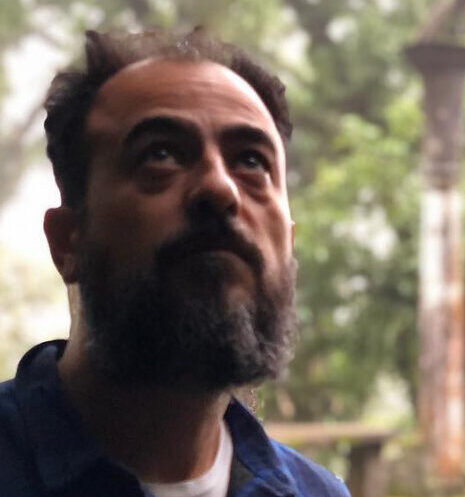 Roberto spent his childhood outlining his interests. They always pointed toward the sea. He shared with his father the love of scuba diving, while his mother used to scold him for digging holes in the garden.

All this unleashed the dream that he wanted to pursue: finding hidden treasures in the ocean depths.

A Mexican researcher and the deputy director of the Underwater Archeology Department at Mexico’s National Institute of Anthropology and History, 45-year-old Roberto Junco has participated in important expeditions within the American continent with high-level findings.

What secrets has he unearthed from the depths of the sea?

Roberto would like to find the ships that Hernan Cortes sunk in Veracruz in 1519. The conquistador wanted to avoid leaving Mexico and, thus, be able to proclaim the Aztec empire’s conquest. Roberto’s drive and passion led him to find three anchors whose ages coincide with this period. Despite being called crazy, Junco achieved it.

In 2015, he and his knowledgeable team found a 300-year-old gold and emerald treasure sunk off Yucatan’s coast.

They also recently discovered ocher mines inside flooded caves in the so-called Black Hole, an archaeological site in Quintana Roo. Mexico’s National Institute of Anthropology and History estimates that the mines’ age goes back 12,000-10,000 years. Roberto’s team found on the site human skeletons prior to the Mayans and Olmecs.

The team also found what seems to be the oldest adolescent human remains on the continent (12,000-13,000 years old.) This discovery represents the missing link to confirm the relationship between the continent’s first settlers and its contemporary indigenous groups.

The specialists also found stone piles displayed in the form of a pyramid, which could be linked to the ocher mining, a practice largely developed in Mexico’s ancient times.

These findings feed Roberto’s inner child. He feels satisfied when he’s able to share his discoveries with the world, and this feeling drives him to continue putting together the puzzle of the continent’s history.

What is the archaeologist’s next adventure?

Roberto’s areas of interest and research vary. His team recently discovered a shipwreck from the Mexican Revolution. Known as the Tampico Gunboat, the ship sunk in a battle in the Pacific. These discoveries face Roberto with the world’s history. He would like to go all over the Pacific, connecting the dots of the past.

Roberto and his team have faced some challenges: coping with high and low temperatures at sea and having limited funding for their projects. But they are willing to take these risks as long as they can be the first “treasure hunters” to find answers that everyone seeks. For Roberto Junco, archeology and its missions reveal how small the world is and how humankind has been connected for centuries by small key pieces.