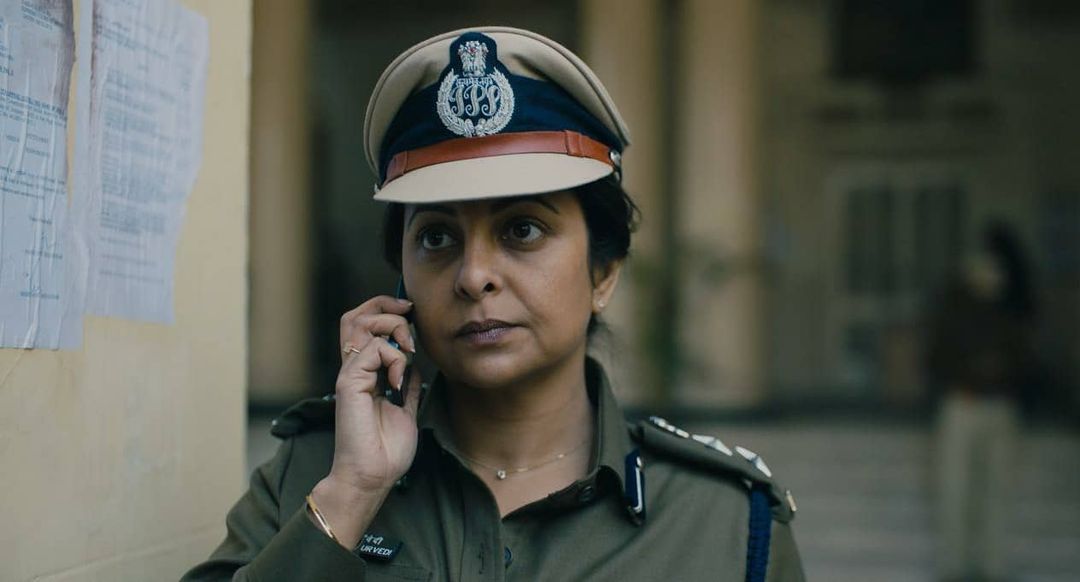 The crime occurred on the night of Dec 16, 2012, when a 23-year-old physiotherapy intern was beaten and gang-raped by six men as she was traveling in a private bus along with her male friend, who was also beaten Courtesy: Netflix India

MUMBAI — Netflix India’s original series “Delhi Crime” has won the award for Best Drama Series at the 48th International Emmy Awards — a first for an Indian show. The series, written and directed by Indian-Canadian Richie Mehta, is a fictionalized account of the aftermath of a 2012 Delhi notorious gang rape case.

“Congratulations to the entire team of “Delhi Crime” for bringing home India’s first International Emmy win,” Monika Shergill, vice-president of content at Netflix India, said in a press statement. “Led by the incredible Richie Mehta, the amazing cast and crew told an important story with sensitivity and responsibility. Winning Best Drama Series is a testament to the brilliance of India’s outstanding creative community. We hope this is the first win of many for Indian stories that are watched and appreciated by the world.”

Indian shows and performers were nominated in several other categories, including Amazon Prime Video’s “Four More Shots Please!” for Best Comedy and Arjun Mathur of “Made in Heaven” for Best Actor. They did not win.

“This project [‘Delhi Crime’] was led by women, it was financed and put together and released by women, this crime was solved by women,” Mehta said in his acceptance speech. “This is for the courage of those women, all women who not only must endure the violence that so many men inflict on them but are then tasked with solving the problem. And finally, to the fearless and tireless hero of all mothers&mldr; .”

Over seven episodes, the show follows Deputy Commissioner of Police Vartika Chaturvedi (Shah) as she tracks down the perpetrators of the crime that led to massive protests in New Delhi and amendments to laws dealing with sexual crimes. The character is based on real-life police officer Chhaya Sharma, who worked with a core team of eight to make some arrests within 24 hours of the crime. A 1,000-page charge sheet was filed within two weeks.

The crime occurred on the night of Dec 16, 2012, when a 23-year-old physiotherapy intern was beaten and gang-raped by six men as she was traveling in a private bus along with her male friend, who was also beaten. Eleven days after the assault, she was transferred to a Singapore hospital for treatment, where she died two days later.

Indian laws do not allow the media to publish the names of rape victims and survivors, so the victim here was called Nirbhaya.

One of the accused died in police custody; all the others accused were found guilty by a fast-track court in 2013. Four of the men were executed by hanging on March 20 this year in the first executions in India since 2015. A suspect who was a juvenile (age 17) at the time of the attack served three years in a reform facility and was released.

“I think the true victory of the show is if it serves to remind people that we as a society allowed a heinous crime like this to happen,” actor Rasika Dugal, who plays a trainee police officer in the show, told Zenger News. “I am honored. Richie Mehta and everyone else did a very skillful and sensitive job of humanizing everyone and that was something which I was very moved by.”

Dugal, who had a role recently in Mira Nair’s “A Suitable Boy,” said the award-winning series allowed her to revisit the incidents of December 2012.

“I felt we moved on too quickly,” she said. “There was a lot of agitation and many protests during that time, but two months later, I felt how can we ever forget? So even if it was harrowing and painful, those experiences are something I value.”

Namrata Joshi, an award-winning film critic who reviewed “Delhi Crime,” said, “As a series, it was gripping with well-developed characters and the casting was fantastic. The show managed to work a buddy cop element into an Indian context, which is an authentic touch to the police procedural. If you are in Delhi and are aware of how cops work here, you’ll see they got it right.”

Joshi, however, warned against celebrations of the show eclipsing the real issue — safety of women in India. “I am uncomfortable with the idea that a show can change society,” she said.

Nearly eight years since the Nirbhaya incident, crime against women is still rampant across India, including New Delhi, according to a recent report by the National Crime Records Bureau. The rape and killing of a girl in the northern state of Uttar Pradesh earlier this year also led to widespread protests across the country.

“Delhi Crime” will return for a second season with most of its main cast. A release date has not been announced.