A recent picture of Jawad Rabbani. He was 12 when he first saw his father on a video call from Guantanamo Bay Prison Courtesy: Jawad Rabbani

Islamabad — Jawad, 17, a resident of the southern Pakistani city of Karachi, has never met his father, Ahmed Ghulam Rabbani. In fact, he did not even know about Rabbani till he was five.

“A Red Cross person came to our house and put money into a prepaid cellphone,” Jawad told Zenger News. “We then called my father. That was the first time I heard my father’s voice.”

Rabbani had received the call at the Guantanamo Bay detention camp, where he is known as detainee number 1461. He is one of the 369 al-Qaida terrorists Pakistan reportedly handed over to the US during its War on Terror that began after the 9/11 attacks.

According to UK-based law firm Reprieve, Rabbani is a Pakistani national of Rohingya Burmese ethnicity. He was born in Saudi Arabia and later moved to Karachi, where he worked as a taxi driver.

Rabbani was picked up on Sept. 10, 2002, by Pakistan’s intelligence agencies and handed over to the Americans. He spent 545 days in “Dark Prison” and “Salt Pit” programs in Kabul, the capital of Afghanistan. Since 2004, he has been incarcerated in Guantanamo Bay. 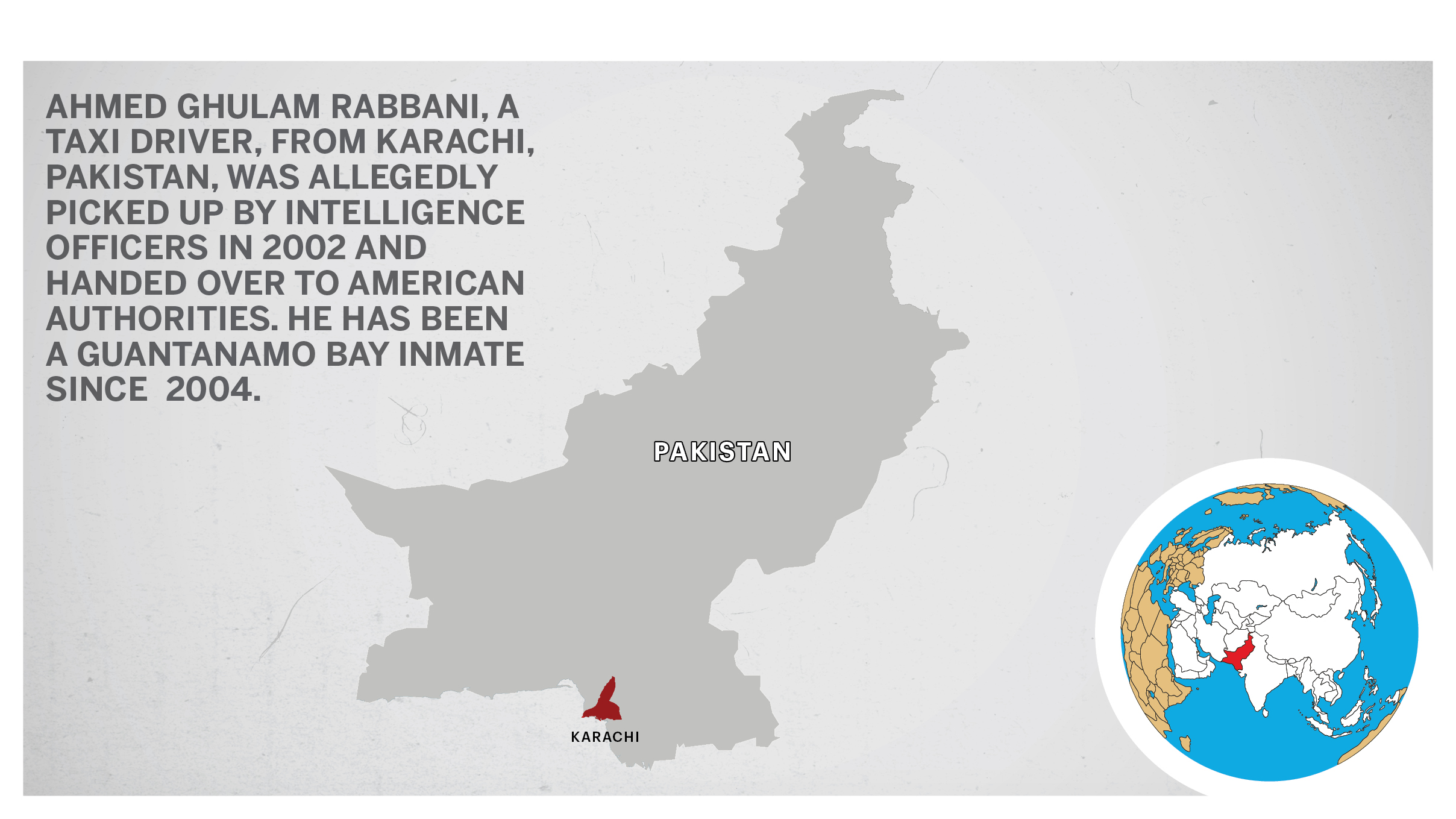 Jawad, born in 2003, was never told about his father and his whereabouts by his mother.

“When I first spoke to him in 2007, I was too young to understand what was a jail, leave alone knowing anything about Guantanamo Bay,” said Jawad.

Jawad is a shy person and hardly makes eye contact. He looks lost at times while talking and turns to his mother for help.

“I started going to school at the age of seven. I am an introvert and did not have many friends. If the boys at school asked me about my father, I used to ignore them or tell them he was working in Saudi Arabia.”

“It was in 2015 that I came to know what was Guantanamo Bay and why my father was there,” said Jawad. “I was searching for my father’s name on the internet and his name came up.”

In the same year, the International Committee of the Red Cross (ICRC) started video calls with Guantanamo detainees. That was the first time Jawad saw Rabbani.

“He asked me to read ‘Twinkle Twinkle Little Star’ and recite a verse from the Quran,” said Jawad.

Jawad  lives in his maternal uncle’s house in a low-income area of Karachi, with his mother, and two siblings. His mother, Fauzia Rabbani, is the second wife of Rabbani, who has a son and a daughter from a previous marriage.

Fauzia Rabbani said her husband was picked up from their Karachi home in 2002.

In a September 2006 report, human rights organization Amnesty International had accused the Pakistani authorities of abducting hundreds of citizens to handover to the Americans for “American-offered rewards”.

Claudio Cordone, senior director of research at Amnesty International, had said that the “routine US practice of offering bounties running to thousands of dollars for unidentified terror suspects has led to illegal detentions of innocent people”.

Former military dictator and president of Pakistan, Gen. Pervez Musharraf in his memoir “In The Line of Fire” had revealed that Pakistan had captured 689 al-Qaeda terror suspects, and handed over 369 to the Americans.

“We have earned bounties totaling millions of dollars,” Musharraf wrote in his book but without specifying how much reward money was paid.

However, Amnesty International in the same report had claimed that “a large number of ‘war on terror’ detainees have been literally sold into US hands by ‘bounty hunters’ who have received cash payments in return, typically $5,000”.

British human rights lawyer Clive Stafford Smith has been providing Rabbani — and several others like him — with legal support.

Authorities at Guantanamo Bay have been force-feeding him, added Smith, who also founded Reprieve in 1999.

For now, Jawad and Rabbani can exchange letters and messages through the Red Cross.

“I will keep your letters safe and one day, God willing, when we meet, we will read these letters together,” wrote Rabbani in Urdu in one of these letters. “Listen to your mother and uncles as they all love you. Also do not eat too much as you will get obese and people do not like obese people and obesity causes a lot of diseases.”

“I will also draw something for you,” he wrote in response to a map Jawad had drawn for his father.

And on Oct 7, 2009, in a message delivered by the Red Cross, he sent the drawing of a flower with a message reminding his son to memorize the Quran.