The government denies issuing licenses to the foreign trawlers. 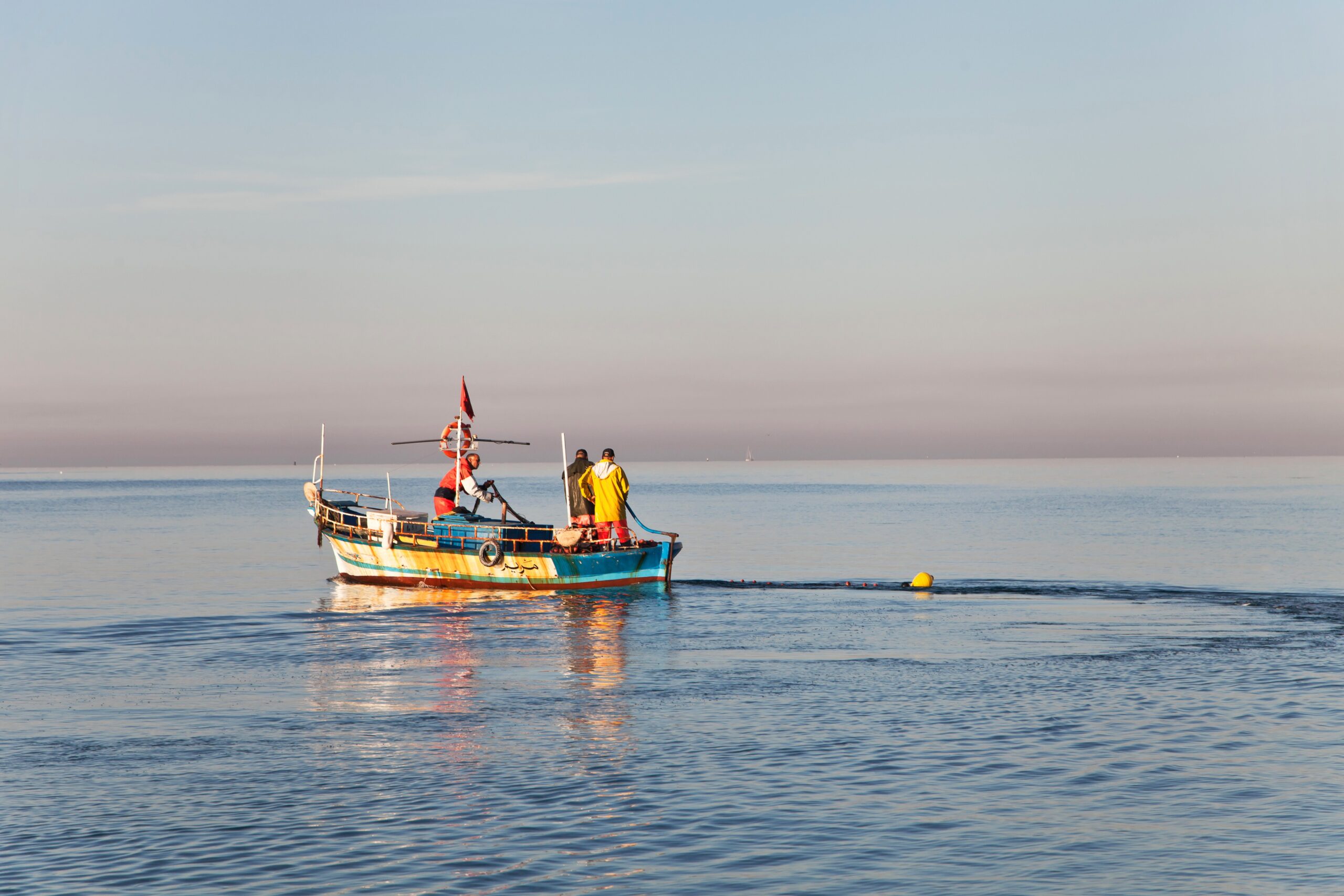 The Pakistan government is reviewing the 2018 policy to improve the fisheries sector and its exports Courtesy: Anastasia Palagutina

Karachi — Fishermen in Pakistan are up in arms over claims that the government has allowed Chinese trawlers for large-scale deep-sea fishing in the Exclusive Economic Zones in Pakistan’s territorial waters.

“Expansion of fishing into the deep sea is a serious threat to the livelihood of small fishermen and marine ecology,” said Muhammad Ali Shah, chairman of the Pakistan FisherFolk Forum, a nongovernmental organization working for the welfare of fishermen.

Shah said that a few weeks ago a dozen modern Chinese deep-sea fishing trawlers arrived off the coast of the capital of Karachi. He believes marine life will be destroyed if the government allows the resumption of deep-sea fishing and issues licenses to the Chinese trawlers.

“We have not issued a single license for deep-sea fishing,” said Shazia Naz, director of the Marine Fisheries Department, which issues such licenses.  “The Deep-Sea Fishing Policy was formulated in 2018, but it is yet to be reviewed. At the moment, we cannot issue any licenses.

“We have no idea with whose permission these deep-sea trawlers have arrived and why. We will not issue any license until the approval of the policy. If any other trawler comes, let it come,” she said.

The Pakistan government is reviewing the 2018 policy to improve the fisheries sector and its exports.  The policy document states that “due to over-exploitation, unsustainable fishing, trawling, and mushrooming of local fishing fleet,” the stocks of demersal fish — those living close to the sea floor — “have reached a precarious stage which may lead to the collapse of stocks of fish and shellfish in our waters.” 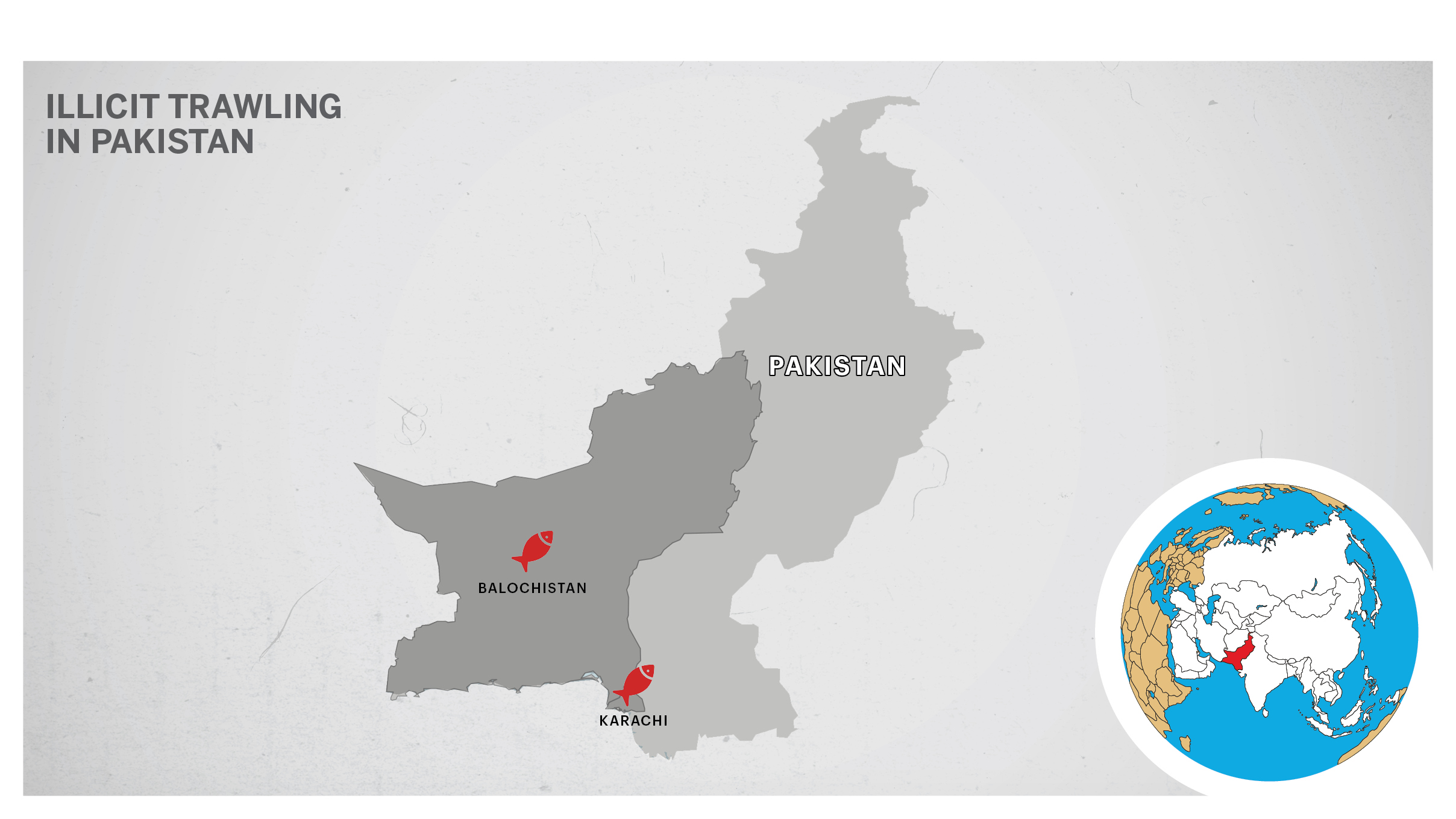 The document also cites “a significant negative change in the fishing practices of local fisheries by installation of power winches on trawlers and using fine trawl nets which do not allow juvenile fish to escape.”

The 2018 policy states that no license can be granted to any foreign individual or entity.

Naz said that the deep-sea fishing techniques licensed under the policy, which include sustainable methods, do not harm the sea, and there are regulations for this type of fishing.

“In the years to come, not only will particular kinds of fish be wiped out from Pakistan’s territorial waters, but coral reefs and other marine life will finish,” Shah said, alluding to what would happen if trawling is not regulated.

“They [the trawlers] dredge and damage marine life. They catch only target fish while throwing dead fish back and pollute the sea. We demand the government should not issue deep-sea fishing licenses.”

Shah is seeking an inquiry into the permissions — if any — granted to the 12 Chinese trawlers spotted in Karachi.

The fisheries sector is considered to be a source of livelihood for more than 3 million people.

“The trawlers need to have turtle excluder devices which allow captured sea turtles to escape,” said Babar Hussain, a research expert at the International Union for Conservation of Nature in Pakistan. “In particular, sea turtles can be caught when bottom trawling is used by the commercial shrimp fishing industry. It is very important to make sure the trawlers standing at the Karachi Port have such devices installed or else it will affect the marine reptiles, especially turtles.”

The policy that is currently under review also aims to regulate the sector to avoid fish smuggling to neighboring countries via unregistered boats.

“According to a rough estimate, the unregistered boats from neighboring countries smuggle 200-300 tons of Pakistan’s fish. They are sold at $2 per kilogram when they actually cost $6-8 in the international market. This difference of $2-3 per kilogram translates into losses of millions of dollars. This is happening for many years,” Parliamentary Secretary for Maritime Affairs Jamil Ahmed Khan told parliament.

Khan said about 4,000 fishing trawlers are registered, but that there is no data on unregistered trawlers.