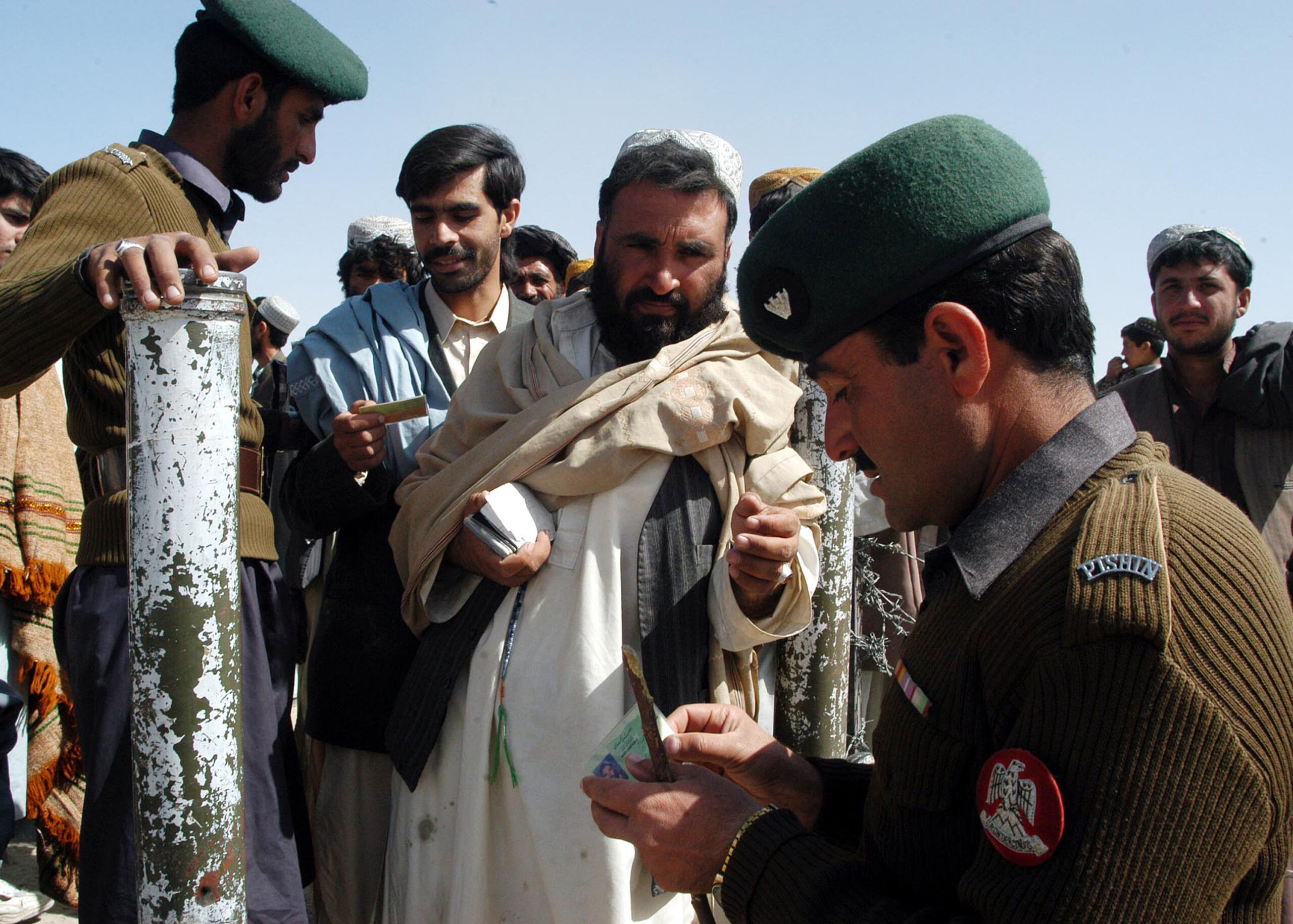 Islamabad — Pakistan for years has been accused of providing a safe harbor for terrorists, but it is now raising similar allegations against its neighbor India. The two countries have had a contentious relationship since their independence.

Top Pakistani government and military officials have released a dossier with what they claim is “irrefutable” evidence of India sponsoring terrorist activities in Pakistan.

Foreign Minister Shah Mahmood Qureshi and Maj. Gen. Babar Iftikhar released the dossier on Nov 14. India has rejected all of the accusations.

“The state boasting about being the world’s biggest democracy [India] is becoming a rogue state,” said Qureshi. “It has prepared a plan to destabilize Pakistan.”

Qureshi and Iftikhar allege that India is helping raise a militia that could sabotage the China-Pakistan Economic Corridor and is providing arms and munitions to banned groups inside Pakistan.

“India has been sharing dossiers for quite some time. This is the first time that a serious effort has been made by Pakistan to have itself heard,” Amir Rana, an independent analyst, told Zenger News. “Pakistan now needs to make robust diplomatic efforts to back its dossier so that its narrative is heard globally. This step should have been taken earlier.”

However, Imtiaz Gul, executive director of Islamabad-based Center for Research and Security Studies, backs Pakistan’s allegations. “Pakistan’s dossier is enough, and Kulbhushan Jadhav is living proof of India’s involvement in terrorism in Pakistan.” 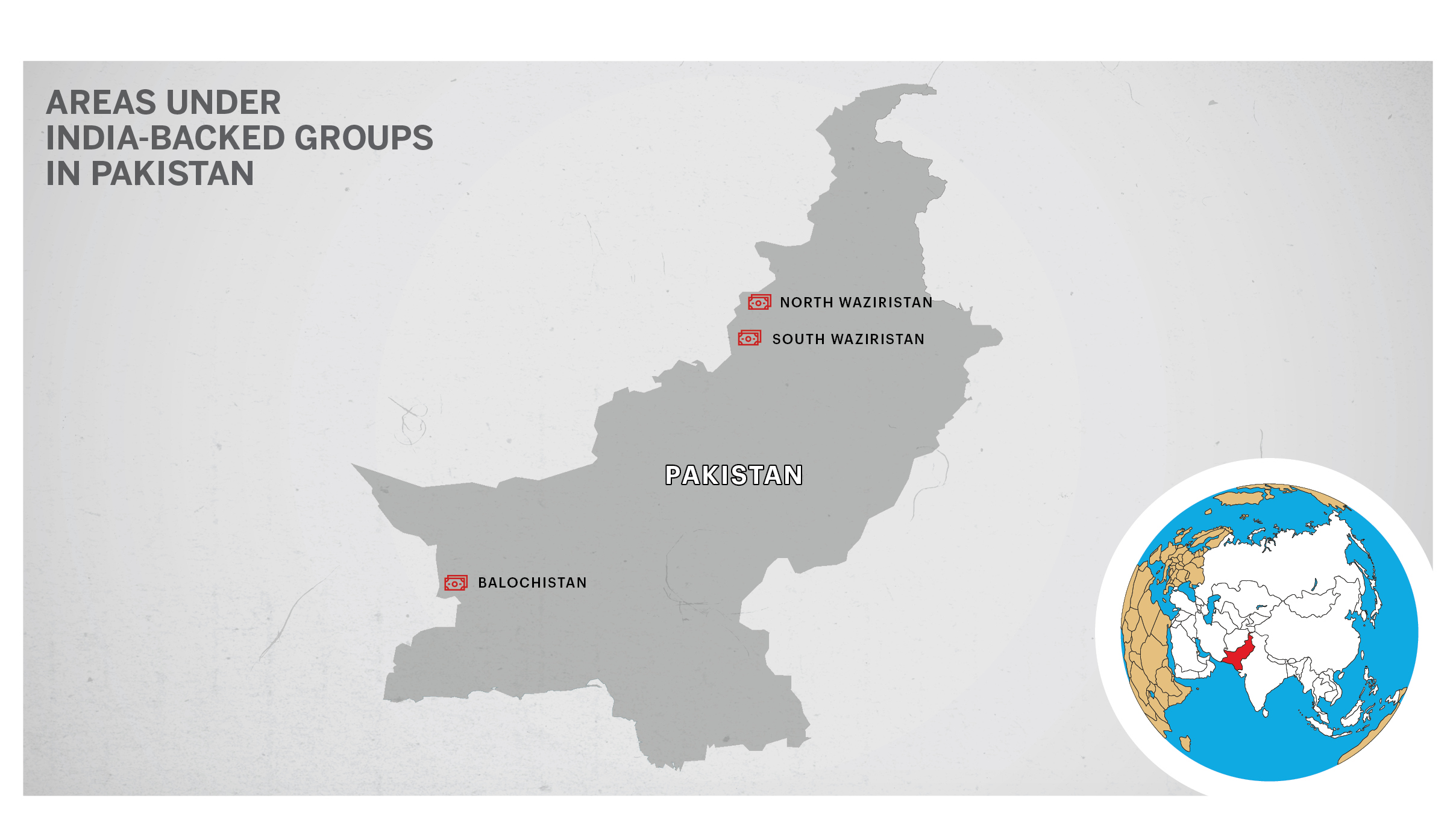 Jadhav, a former commander of the Indian Navy, was arrested by Pakistan on March 3, 2016, for allegedly carrying out subversive activities in the troubled Pakistani province of Balochistan. He was sentenced to death by Pakistan on April 10, 2017, but the International Court of Justice has stayed the execution. India denies that Jadhav is a spy and claims he was kidnapped by Pakistani intelligence officers from Iran.

“It is no secret that India does carry out activities in Balochistan, but it is also not a secret that Pakistan had been involved in Indian-administered Kashmir,” Nazir Mahmood, an independent analyst and journalist, told Zenger News. “Both countries are still sticking to their old narratives.”

The Himalayan region of Kashmir is ruled partially by India and Pakistan but claimed wholly by both. It has been a flashpoint between the two countries, leading to three wars and several skirmishes.

“How can Pakistan expect the world to listen to its narrative when its own old friends do not?” said Mahmood. “Look at Saudi Arabia and the United Arab Emirates. They tend to lean towards India, as was recently witnessed in the case of Kashmir.”

In his accusations on Nov. 14, Qureshi blamed India for targeting and sabotaging the China–Pakistan Economic Corridor and fomenting unrest in Gilgit-Baltistan. He claims that these activities were under the direct supervision of Indian Prime Minister Narendra Modi.

“Billions have been allocated for this purpose and a militia of 700 has been raised,” he said.

Iftikhar said as a result of India connecting with militant groups, there has been an increase in violence in Pakistan.

He also presented a letter claiming that an Indian intelligence officer in the Afghan capital Kabul was creating an alliance between Baloch groups and Tehrik-i-Taliban in Pakistan, the Pakistani branch of the Taliban.

Iftikhar also claims that India sponsored the terror attack on the Karachi stock exchange on June 29 this year.

“India is using 87 training camps [for separatists], 66 of which are in Afghanistan and 21 in India,” he said, adding that the dossier would be presented to the United Nations, the Organization of Islamic Cooperation, and the five permanent members of the UN.

Backing his minister and officials, Pakistan’s Prime Minister Imran Khan tweeted: “We have provided irrefutable evidence of India’s state-sponsored terrorism inside Pak. Details of financial & material support & Indian state’s direct involvement in terrorism have been given to the world which, in the face of this evidence, cannot remain indifferent or silent.”

In a statement in response, India’s External Affairs spokesperson Anurag Srivastava said, “This desperate attempt will find few takers as the international community is aware of Pakistan’s tactics and proof of its terror sponsorship has been admitted by none other than its own leadership.”

India and Pakistan have often accused each other of sponsoring separatist elements within each other’s borders. In the early 1970s, Pakistan claimed that the Research and Analysis Wing, India’s foreign intelligence agency, funded and trained Bengali separatists in East Pakistan (now Bangladesh). India, in turn, has accused Pakistan of assisting the Khalistani movement for an independent state for Sikhs and Kashmiri insurgents.

In August this year, India charged Pakistan-based Maulana Masood Azhar, designated a terrorist by the United Nations, in connection with the February 2019 suicide bombing in Pulwama, Kashmir, that killed 40 Indian paramilitary personnel and brought the two nations to the brink of war.

Pakistan remains on the “grey list” of the Paris-based Financial Action Task Force that monitors terror funding and money laundering.

Afghanistan issued a statement reiterating its call for “the appointment of an internationally competent delegation by the United Nations Security Council &mldr; to clarify the facts about the terrorist incidents in Afghanistan and its causes and examine the claims of the esteemed government of Pakistan seriously and responsibly.”