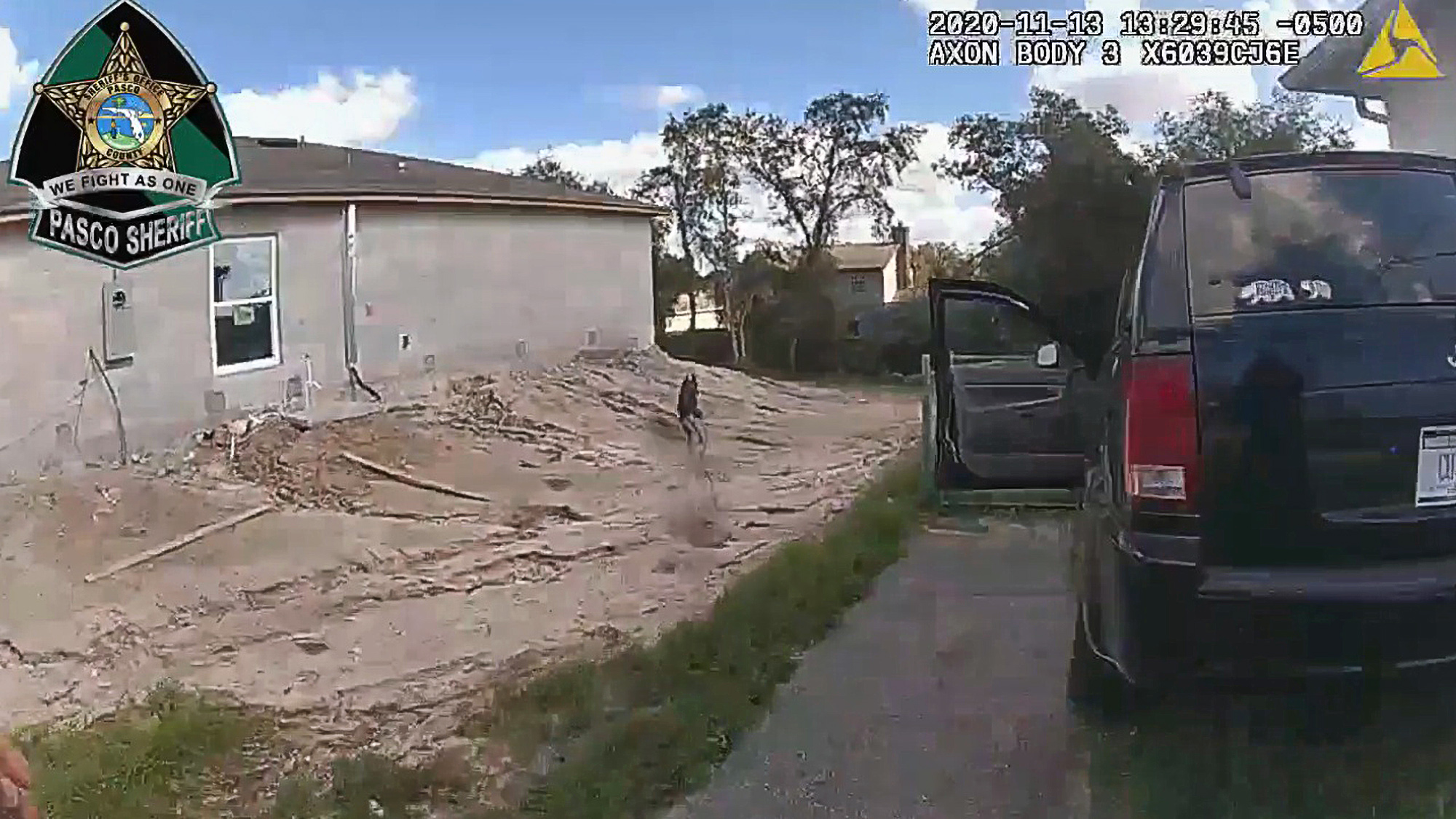 Florida police dog captures suspected carjacker and tackles him to the ground. (@pascosheriff/Newsflash)

PASCO COUNTY, Florida— Recently released footage shows a police dog chasing down a suspected carjacker and tackling the man to the ground.

The incident took place in Pasco County, Florida, on Nov. 13 and was captured by an officer’s body camera. The Pasco Sheriff’s Office shared the video on social media three days later.

Deputies were responding to a report about a carjacking in the area and pursued the suspect through town before the man ran into stop sticks, which deflated the car’s tires. The suspect then stopped the vehicle and began fleeing authorities on foot.

The footage shows a deputy, identified as Deputy Carmack, arriving at the scene and exiting the squad car. He then sets a police dog, identified as K9 Shep, on the suspect.

“Get him!” the deputy repeatedly instructs the canine, who successfully pins the suspect to the ground for arrest.

The man follows the deputy’s orders and is placed in handcuffs. Information on the suspect’s identity and charges were not immediately available.

The sheriff’s office said it shared the video to “highlight the good work of our men, women and K9s.”

Viewers of A&E’s “Live PD” may recognize both Deputy Carmack and K9 Shep, who became fan favorites after being featured on the show for two years before the sheriff’s office parted ways with the program in early 2019. K9 Shep, a German Shepherd originally from Hungary, was purchased by the department in 2015 and was partnered with Deputy Cormack to receive training shortly after.

“K9 Shep loves to track bad people and find narcotics hidden in vehicles. After every catch K9 Shep gets, he receives doggy ice-cream when he gets home,” the sheriff’s office said. “K9 Shep loves to go to work, and while Deputy Carmack gets dressed, he waits at the door waiting to leave. Deputy Carmack and K9 Shep have a great bond and love to patrol the streets of Pasco County.”