Trump Wants Congress to Decide Election and That Strategy Could Win, Dershowitz Says

"Vice President Biden is not yet the president-elect. He hasn't gotten the 270 certified [electoral] votes yet," Dershowitz said.
By Richard Miniter November 24, 2020
Facebook
Twitter
Linkedin
Email 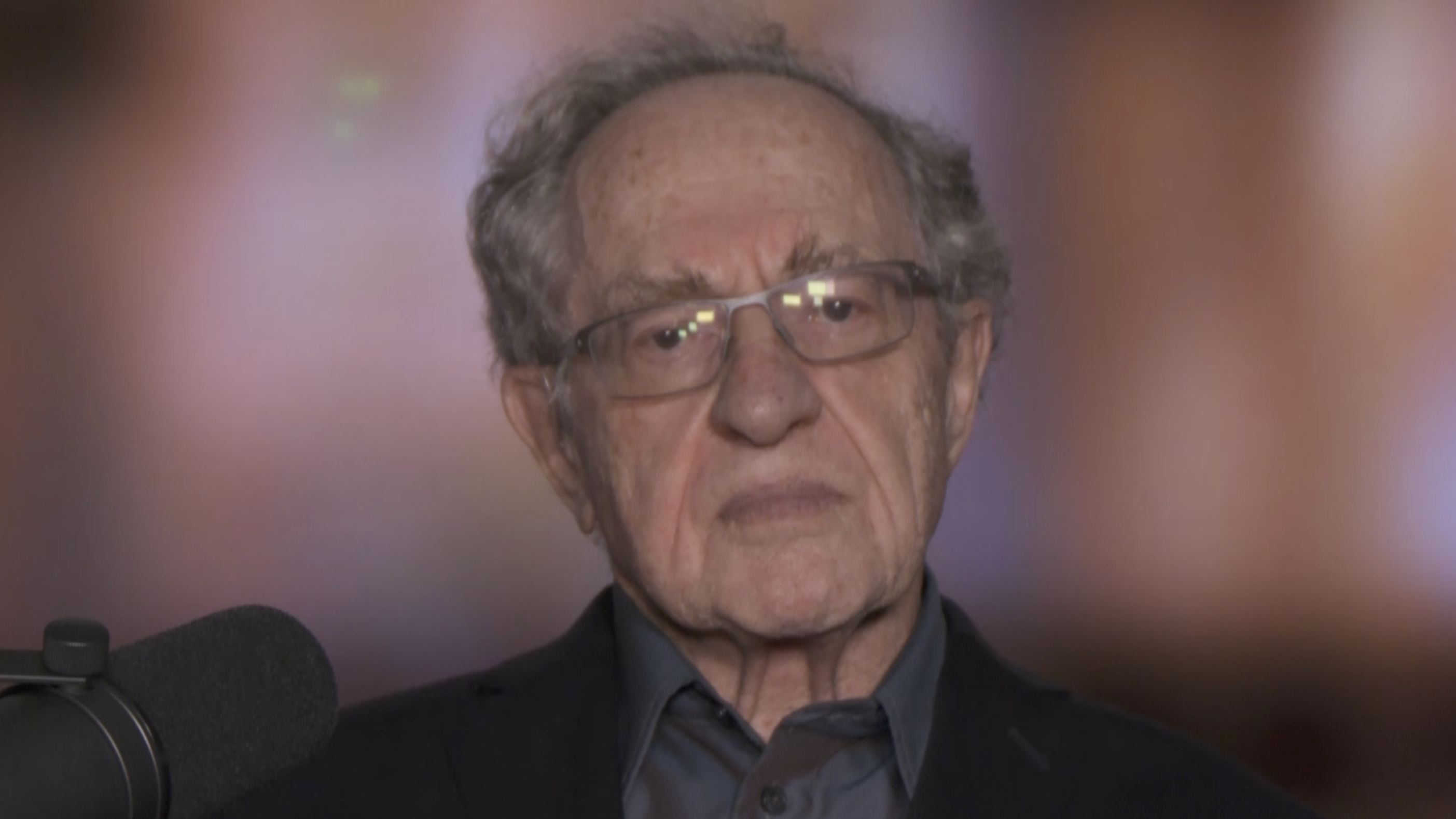 Trump Wants Congress to Decide Election and That Strategy Could Win, Dershowitz Says in his interview with Rich Minter of Zenger News.

The real endgame for President Donald Trump’s lawyers is to throw the 2020 election into the U.S. House of Representatives, where Trump would prevail, says former Harvard Law School professor Alan Dershowitz.

“I think the strategy of the Trump team is not to get him to 270, but to keep [Joe] Biden from getting to 270,” Dershowitz told Zenger News in a video interview, referring to the minimum number of Electoral College votes required to capture the White House. At this point, Biden would have 306 electoral votes if all 50 state governments were to certify their unofficial vote totals.

“I don’t think this is a charade of some kind,” he said of the many legal efforts of Trump’s legal team, now spread thin across Georgia, Michigan, Nevada, Pennsylvania and Wisconsin. He believes the legal claims advanced by the Republicans appear to be largely sound.

“Vice President Biden is not yet the president-elect. He hasn’t gotten the 270 certified votes yet,” Dershowitz said.

“There are so many contingencies that could occur that anyone who tells you now with 100 percent certainty they can predict the outcome is not being straight with you,” he said.

Dershowitz spoke for the president during the January 2020 impeachment trial and represented a collection of Democratic party voters in Palm Beach County, Florida, who, due to poor paper ballot design, mistakenly voted for conservative Patrick Buchanan instead of Al Gore in the 2000 presidential election.

He has not spoken to Trump in the past few weeks, he said, though he does communicate with various members of the campaign’s legal team.

He outlined a scenario that he said has “a very small chance of happening,” involving officials in several states denying Biden at least 37 electors in all by refusing to certify election results.

He said that could only stem from “a perfect storm of voter counting and recounting, and narrowing the numbers in at least three states. It would require judicial opinions in favor of Trump.”

Dershowitz said some of the president’s court challenges “could have legal legs” in the U.S. Supreme Court. A majority of the high court’s justices describe themselves as “strict constructionists” who are guided by the plain meaning of the U.S. Constitution’s words as they were commonly understood in 1789.

The Constitution gives state legislatures, not judges or other officials, sole power to determine election rules. In the case of Pennsylvania, the state legislature adopted legislation saying that no ballots received after the closing of the polls on Election Day could be counted.

Judges later ruled that ballots arriving even days later, or without a postmark or return address, must be counted — setting up a clear conflict. The Supreme Court, Dershowitz said, would side with the Republican-led state legislature and cite the Constitution’s language as the basis for its decision.

Invalidating a flood of Pennsylvania ballots that arrived late, Dershowitz said, would require the president’s lawyers “to have the numbers on their side. That is, the numbers of challenged votes has to exceed the margin of victory that [Joe] Biden currently has over Trump.”

So far, Pennsylvania officials have not said how many ballots arrived after the polls closed or without postmarks or other requirements, nor how many of those ballots were for Trump or Biden.

“The Supreme Court won’t take the case unless it has a determination on the outcome,” Dershowitz said.

Supreme Court Justice Samuel Alito ordered Pennsylvania officials on Nov. 6 to separate late-arriving ballots from all others, making it possible to remove those votes from the final count if the Supreme Court were to order it.

Dershowitz also pointed to video footage that emerged showing official Republican election observers in Philadelphia being fenced off dozens of yards away from the canvassing tables. Dershowitz said ample time remains to “remedy” such wrongs.

“The Court could say now there has to be a recount of all the ballots, with observers there, and video cameras, so that everybody has a chance to see on video how the votes were counted,” Dershowitz said. “We’re not talking about re-voting at this point. We’re talking about recounting, and recounting is a traditional remedy.”

A different plot twist, Dershowitz said, could stretch the fabric of the U.S. Constitution tighter than ever. If the Supreme Court were to rule Election Day, computers “miscounted the votes and did it in a way that wouldn’t permit for recounting.”

“If, in fact, there really has been manipulation, whether deliberate or accidental, of the computers, and they could affect hundreds of thousands of votes, that would change everything,” he said. “And if ever there could be a case for reelection — we’ve never had it in history.”

“If it ended up that computer glitches may have really changed the outcome of votes in enough states to turn the election in a different direction, we’d really be in a constitutional crisis, and we’d have to do something quite dramatic to make the election right,” Dershowitz said. “I don’t think we’re there.”

An avalanche of legal cases is expected, beginning with Pennsylvania, Michigan and Nevada, along with statewide recounts in Georgia and Wisconsin, in the days following the Thanksgiving holiday when state officials face pressure to certify election results. Federal electors from all 50 states — the Electoral College — will vote on Dec. 14.

The strategy Dershowitz outlined requires some electors in states that former vice president Joe Biden carried to be denied permission to participate in Electoral College voting, sidelined by state officials’ inability or unwillingness to declare who won.

And then the presidency could be up in the air.

If Biden were limited to 269 or fewer votes when the Electoral College meets, the U.S. Constitution’s 12th Amendment requires members of the newly elected House of Representatives to go into session immediately and resolve the presidential stalemate through a “contingent election.”

Only 50 votes would be cast in the House, one from each state’s congressional delegation. Democrats will continue to occupy more than half of all House seats, but Republicans will hold majorities in 26 of the 50 delegations — the bare minimum required to elect a president.

The 100 U.S. senators would elect a vice president by a simple majority. If the House were to remain gridlocked through weeks of voting, the Senate’s pick for vice president would become “acting president” beginning on Inauguration Day. That would likely be Vice President Mike Pence.

That long-shot outcome could materialize if a single Republican-controlled House delegation were to abandon President Trump.

Montana, North Dakota, South Dakota and Wyoming have just one House member apiece, all Republicans. Any of them could stalemate the House, ballot after ballot, by switching sides and denying Trump his 26th delegation through Inauguration Day.

Pence could then move into the White House. Still, the Senate would have no choice but to declare Democrat Kamala Harris his vice president, since she is the only other candidate for that office who can receive any electoral votes under the Constitution’s 12th Amendment.

Asked if Trump’s team is running out of days to set the Constitution’s wheels in motion, Dershowitz said “there’s enough time for the courts to set expedited schedules” and hear evidence in lawsuits.

“If there is enough evidence to go forward to a trial, then you have to have a very expedited trial,” he said. “But we still have, you know, close to a month. Three weeks at least. And I’ve seen judicial magic performed in three weeks.”