“Jihad in the name of love will not be tolerated,” one state’s chief minister said. 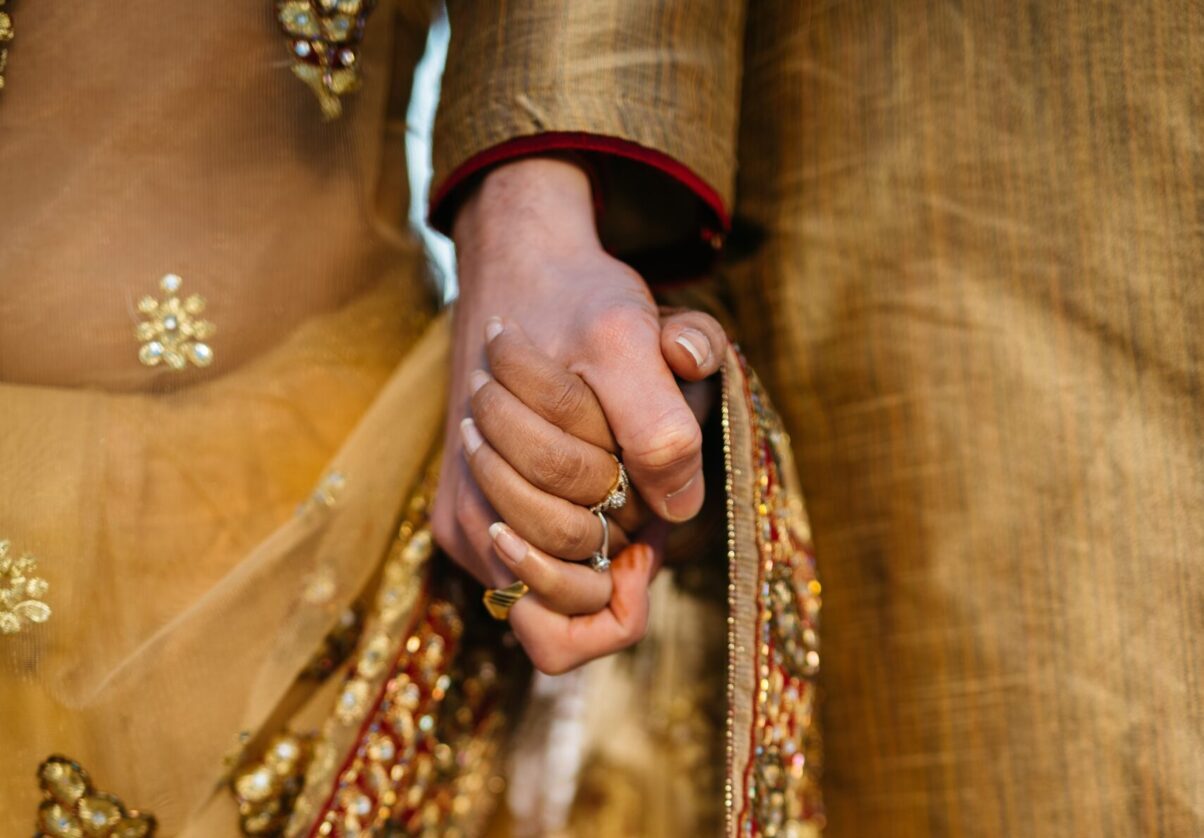 Known as the Love Jihad Bill, the name of the proposed law refers to a conspiracy theory that claims Muslim men marry Hindu women solely for the purpose of converting them Courtesy: Pablo Heimplatz (Unsplash)

Mumbai, Maharashtra — Several states in India plan to introduce a measure that would outlaw religious conversion only for the sake of marriage.

“Jihad in the name of love will not be tolerated,” Shivraj Singh Chouhan, chief minister of Madhya Pradesh said in a statement. The central Indian state was the first to announce plans for such a law, followed by Haryana and Uttar Pradesh in north India. All three states are governed by Prime Minister Narendra Modi’s Hindu nationalist Bharatiya Janata Party (BJP).

Known as the Love Jihad Bill, the name of the proposed law refers to a conspiracy theory that claims Muslim men marry Hindu women solely for the purpose of converting them.

“Marriage is a personal matter and the state cannot come to regulate my choice,” M. R. Shamshad, a Supreme Court advocate, told Zenger News. “Here, the state is trying to bring in a legislation which will regulate my freedom.

“Until and unless it is proven that some action has been taken by coercion, both rights [the freedom of religion and the freedom to choose a life partner] remain mandated,” said Shamshad.

A number of social activists claim that the proposed law is an instrument of the Hindu right-wing to further marginalize India’s 200-million Muslim minority. 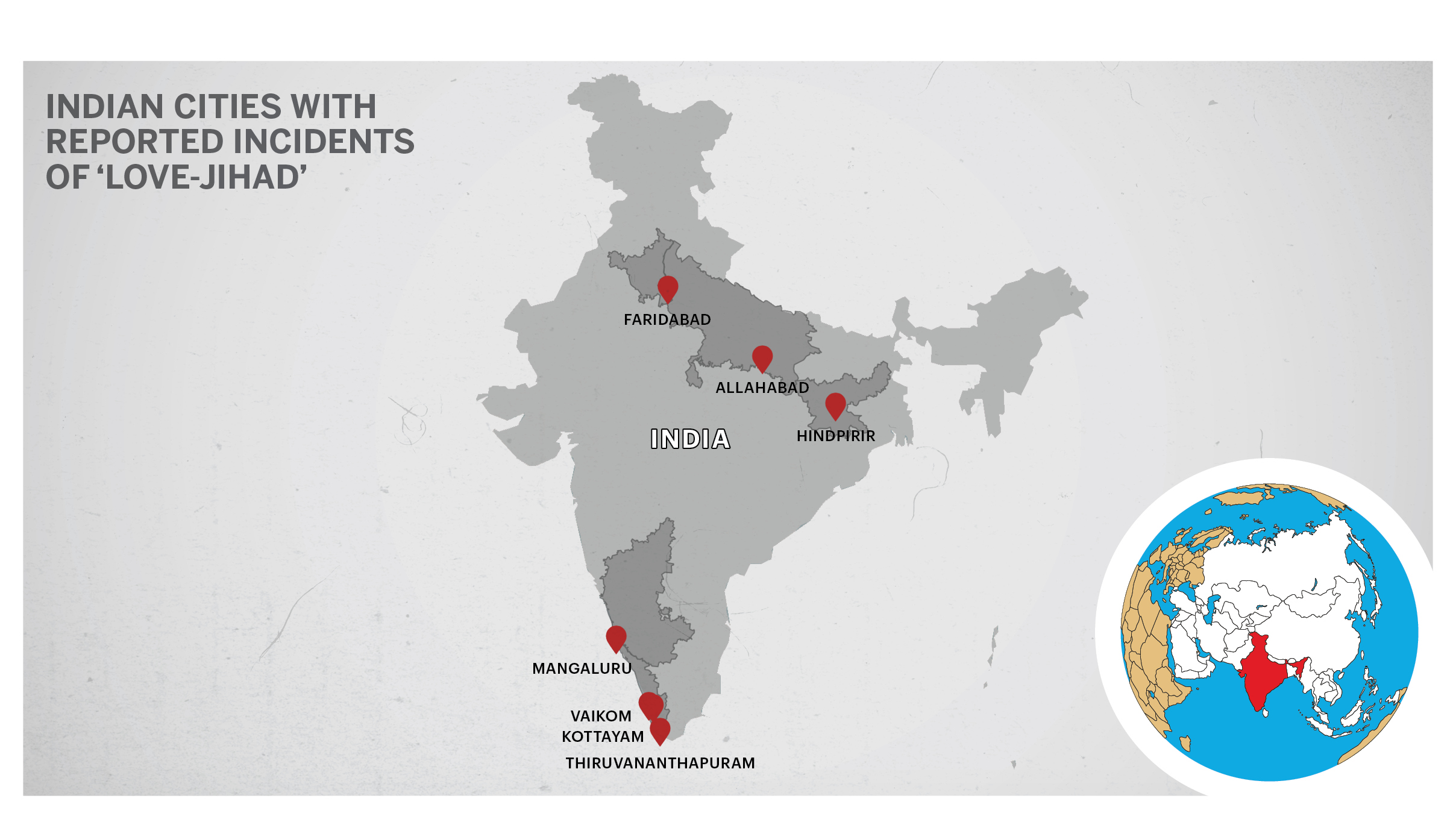 Madhya Pradesh Home Minister Narottam Mishra last week announced that his government would soon introduce a bill in the state’s legislature. If passed, the bill would have to be ratified by the governor of the state, who is appointed by the national government.

If the bill becomes law, violations would be classified as a crime, without bail, and could result in a sentence of up to five years in prison. Mishra said that under the proposed law, local administrative officials would be informed of any interfaith marriages a month in advance.

“Deceiving someone, coercing someone to get married only after converting is illegal,” said Madhav Bhandari, chief spokesperson for the BJP, told Zenger News. “Fake social media profiles are being used to manipulate Hindu women into converting for the sake of marriage. Women were being turned into religious weapons and this is derogatory to their gender.

“This is not a matter for just the BJP,” said Bhandari. “It affects everyone. To those people who are spreading misinformation about the bill, I ask them: Is deception for the sake of marriage not a crime?”

There is no law in India that prevents voluntary religious conversion for the sake of marriage or other reasons.

Article 25 of India’s Constitution guarantees citizens freedom of conscience and free profession, practice and propagation of religion. While several laws govern marriages in India, most interfaith marriages in the country take place under the Special Marriage Act, 1954.

While there is no official recognition of “love jihad,” recent events have led to increasing debate about it.

Last month, a 21-year-old woman was shot and killed by a man in the northern state of Haryana. The woman’s family claimed the man had been trying to convince her to convert and marry him.

Several political leaders, mostly from the BJP, described it as an incident of “love jihad.” Gajendra Singh Shekhawat, the national secretary of the party’s farmer wing, described “love jihad” as a trap, and Devendra Fadnavis, the former chief minister of the western state of Maharashtra, said he supports laws against “love jihad.”

Rekha Sharma, chairperson of the National Commission of Women, which focuses on protecting women’s rights, raised the issue with state governors. The commission does not have any official data on “love jihad” cases, according to information obtained under India’s Right to Information Act.

Several opposition leaders have criticized the rhetoric of “love jihad.”

The term “love jihad” was described as an invention of the BJP in a tweet by T. S. Singh Deo, the health minister of the eastern state of Chhattisgarh and a senior leader of the broadly based opposition Indian National Congress,

Cases of alleged love jihad have also come before the courts.

In 2016, a woman from the southern state of Kerala, converted to Islam after marriage, but her family alleged that she had been coerced. The Kerala High Court annulled the marriage. In 2018, the Supreme Court restored the marriage after the National Investigation Agency determined that there was “a lot of love but no jihad.”

“Boycott Netflix” was trending on Twitter this month over a scene from the show “A Suitable Boy,” which depicts a Hindu woman kissing a Muslim man played by Kabir Durrani, in a temple. BJP’ spokesperson Gaurav Goel tweeted: “If any OTT platform is deliberately insulting the Hindu Gods & Goddess, pls file the complaint with the police or local court under Section 295A of IPC. The law will take care of such offenders.”

Since Modi was first elected prime minister in 2014, activists have claimed that Muslims are being increasingly marginalized by the governing party. Things came to a head in late December last year when the Citizenship (Amendment) Act, 2019, prompted countrywide protests over allegations that the law discriminates against Muslims.

The act fast-tracks citizenship for Hindu, Sikh and Christian migrants from Pakistan, Bangladesh and Afghanistan, but leaves out Muslims.

“This potentially exposes millions of Muslims to detention, deportation and statelessness when the government completes its planned nationwide National Register of Citizens,” a report by the independent U.S. Commission on International Religious Freedom states.