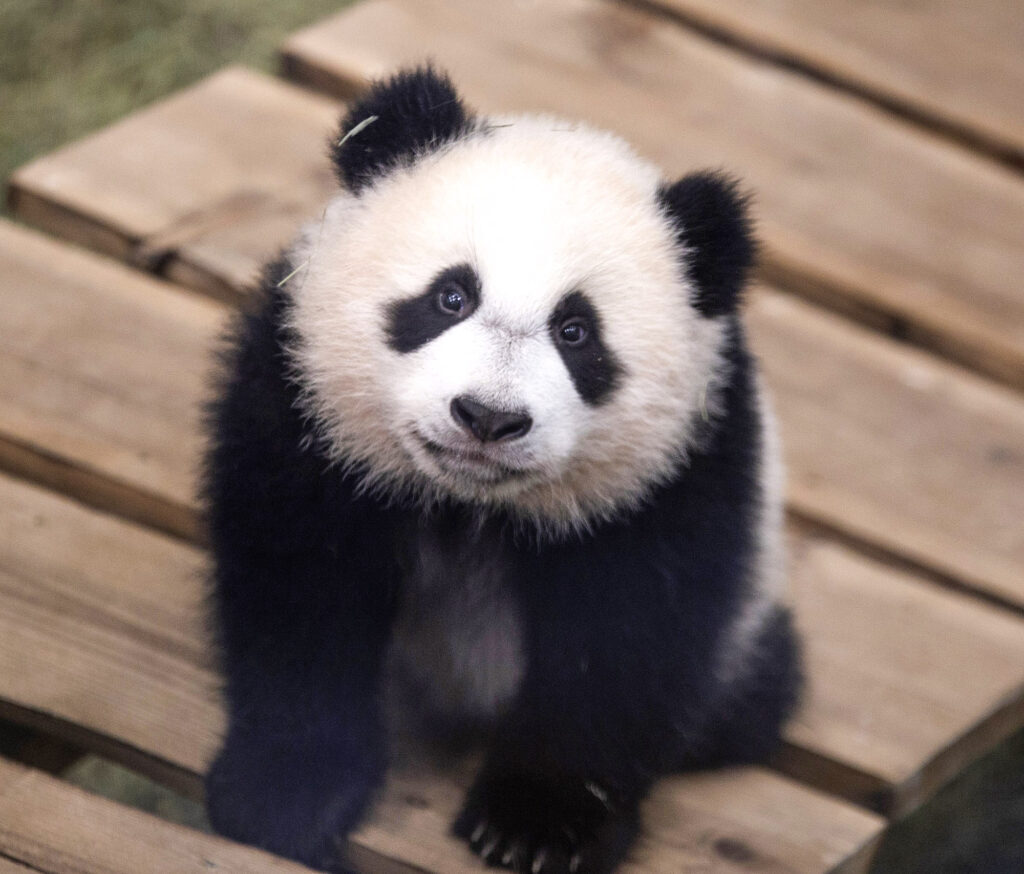 RHENEN, Netherlands — A cute panda cub made its debut at a Dutch zoo, causing great excitement among visitors.

The male cub named Fan Xing took his first steps at the Ouwehands Zoo in the Dutch city of Rhenen on Nov. 19. He was born in May, but spent his first few months sequestered with his mother.

Most pandas live in forests in the mountains of southwest China, subsisting primarily on bamboo. They can eat up to 84 pounds daily and can weigh 330 pounds. In the wild, they can live 15 to 20 years, but longer in captivity — an estimated 30 years.

In the video, the cub is seen taking a few wobbly steps along a wooden trail, before going back to his favorite panda activity: sleeping.

“His mother’s name is Wu Wen and his father is Xing Ya. The parents are both seven years old,” said Ouwehands Zoo spokesperson Yvette Rocourt.

“Of course, it is a fantastic moment for all of us,” said head zookeeper Jose Kok. “So few people have seen him in person. I can imagine some people thinking ‘Does he exist?’ Now we can finally show it.”

The zoo reopened Nov. 19, after two weeks of COVID-19 lockdown.

Zoo staff members have created a system to manage the flow of people in the Pandasia enclosure, built in the traditional Chinese style. It has indoor and outdoor sections.

The panda is allowed to stay in the Netherlands only for four years before being returned to China to further contribute to the species’ international breeding program.

Giant pandas were listed as endangered in 1990, mostly due to deforestation, depriving them of their vital bamboo food source. In 2016, the giant panda was moved from endangered to vulnerable on the IUCN Red List.

At present, there are roughly 1,800 giant pandas left in the world. Of that total, about 600 are in zoos.