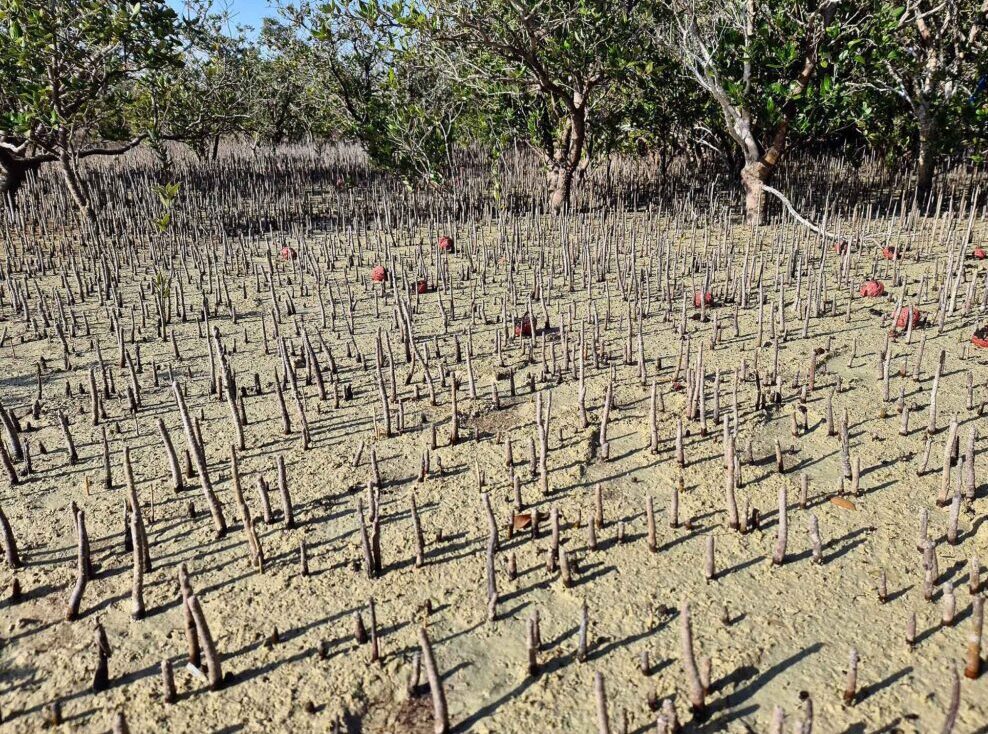 By December, UAE-built drones will plant 4,000 mangrove seeds near global energy company ENGIE’s Mirfa power plant in Abu Dhabi, as well as monitor their growth over the next year.

This is the first phase of the Blue Carbon Environmental and Social Responsibility project from Environment Agency Abu Dhabi (EAD). It encourages the growth of coastal ecosystems, including seagrasses, mangroves and salt marshes, that absorb carbon at a much faster rate — and can continue to do so for millions of years.

“Blue carbon” is carbon captured by the world’s oceans and coastal ecosystem, according to the EAD.

The National Oceanic and Atmospheric Administration at the U.S. Department of Commerce says such systems also store carbon in the soil at a much faster rate than conventional forests. Research has found three quarters of all tropical fish species are born within mangrove forests, which aids in biodiversity.

However, when coastal habitats are damaged, they emit a massive amount of carbon back into the atmosphere, which impacts climate change. Healthy coastal environments ensure storm protections and protect natural fisheries, as well as provide key recreational activities.

The Mirfa Independent Water and Power Plant, where the mangrove forest will be planted, began operations in 2017 and delivers power and desalinated water for nearby Abu Dhabi. ENERGIE, a French company, has a 20% stake in Mirfa and also operates the plant.

Distant Imagery’s drones and seed-dispersal rigging will plant the mangrove seeds, then monitor carbon storage of the rehabilitated area and surrounding ecosystem.

“Rehabilitating mangroves for the sequestration of carbon is one of the methods used to combat climate change, and EAD is always dedicated to that cause,” said Ahmed Al Hashmi, acting executive director for terrestrial and marine biodiversity at EAD.

An international Blue Carbon Initiative is also underway in Costa Rica, Ecuador, Indonesia and the Philippines.