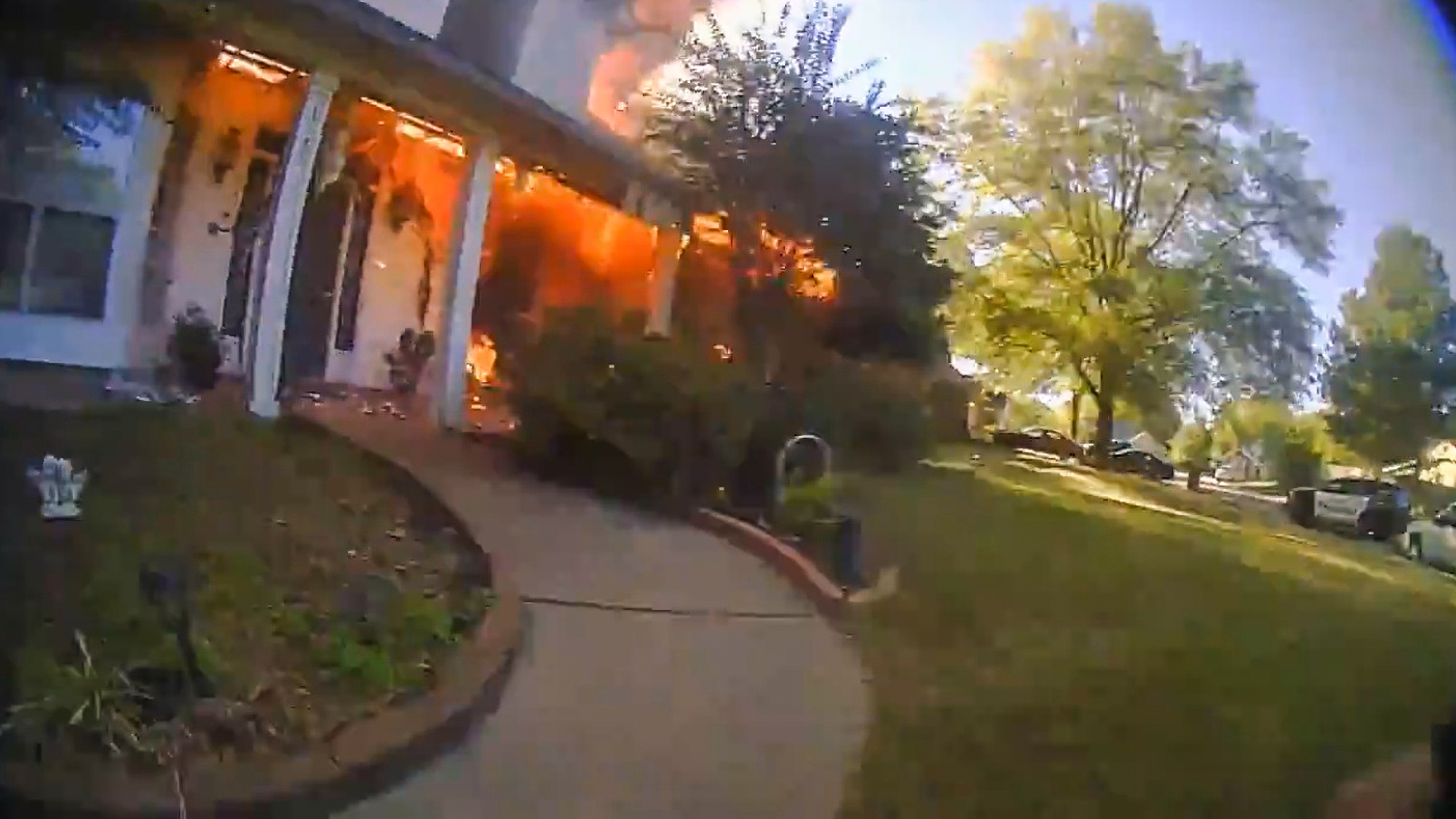 Arkansas rescue: Two people and a dog were saved from a burning building by a police officer in Conway, Arkansas. (Conway Police Department, RealPress)

CONWAY, Ark. — An Arkansas police officer is being commended for his bravery after risking his own life to rescue two people and a dog from a house that was on fire.

The Conway Police Department shared footage of the incident on social media last week. It was not immediately clear when the rescue took place.

In the video, the officer, identified as Officer Carson Howard, is seen exiting his patrol car and sprinting towards the blazing home. Without hesitation, he dashes into the house and identifies himself to the trapped occupants, who were attempting to corral their dog.

“I’m trying to get my dog,” the man inside says upon Howard’s arrival.

“Oh my God,” the sobbing woman says as he leads them to safety.

The officer then helps the couple and the dog safely pass through the living room and exit the home via a side door. Once outside, he assists them across the street.

“Officer Carson Howard with your CPD arrived at the scene of a house engulfed in flames & without regard for his own safety, he immediately ran into the burning home,” the police department said on Twitter. “He led 2 people & their dog out to safety. He’s a great example of selflessness & the heartbeat behind the badge!”

It appears that no one was injured in the incident.

The Conway Police Department serves the city’s population of nearly 68,000 residents. Last year, the department responded to more than 81,000 calls for service and made over 5,000 arrests, a 2% drop from the previous year.