Tracing the Dark Side of the Indigo Story

The history of indigo cultivation in the sub-continent is tainted with tales of colonial oppression.
By Saptak Datta November 22, 2020
Facebook
Twitter
Linkedin
Email 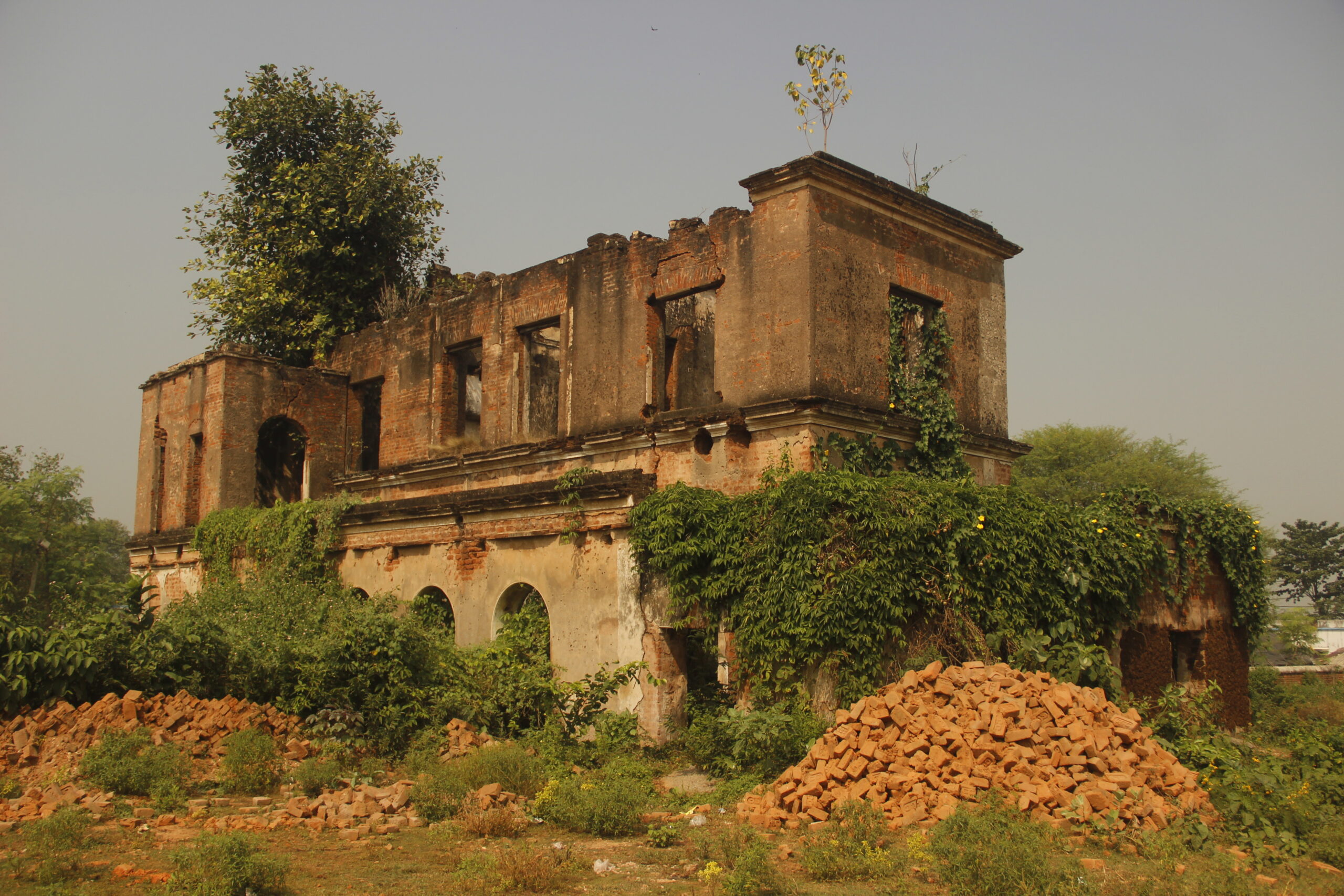 Natural indigo has been coveted all over the world for centuries and has been in use for more than 4000 years. However, its connection with India is particularly strong—the term indigo comes from the Latin Indicum that means “Indian.”

Indigo plantations in India date back to 1777 when Louis Bonnard, a Frenchman, introduced it to Bengal in eastern India. He started cultivation at Taldanga in Bankura district and Goalpara in Hooghly district.

In the early 19th century, the British developed many indigo plantations, as it was a highly profitable crop — there was a lot of demand for the blue dye in Europe, which had a status similar to exotic commodities like tea, coffee, silk, and gold.

Even today, natural indigo is highly prized, especially in the fashion industry.

“Synthetic indigo has taken over much of the fashion industry, however, people who understand the art and effort that goes into creating the natural indigo pigment still prefer wearing authentic indigo-dyed clothes,” says fashion designer Priyadarshini Rao.

“The traditional method of indigo dyeing is still done in several parts of Gujarat and Rajasthan in western India where block printers use it to create a pattern called ‘Ajrakh’.”

The process of creating natural indigo is very complex and requires immense skill. The leaves are first fermented with a very precise chemical process to obtain the blue shade. Unlike other textile dyeing processes, the fabric does not turn blue in the dye pot. It is exposed to the air, which slowly turns the drying piece of dyed fabric from yellow to green, and eventually into deep dark blue.

Today, indigo is mostly cultivated in the Indian states of Tamil Nadu, Andhra Pradesh, Uttarakhand, West Bengal, and Rajasthan. Most of them are small farmers or traditional growers who have been in the business for generations.

“There has been a revival of indigo cultivation in India in the past few years due to an increased interest in natural indigo,” said Rashmi Bharti, co-founder of Avani, a non-profit organization that focuses on capacity building in rural communities. Their primary focus is on sustainably harvested and produced tints, dyes, textiles, and garments.

However, many of these farmers are finding it tough to compete with the cheaper synthetic indigo from China that has flooded the markets, said Bharti.

“Indigo is a 75-to-90-day crop and is quite expensive,” said Bharti. “The actual cost of production of natural indigo is INR 4545 ($61.31) per pound. Synthetic indigo is much cheaper and costs around INR 600 ($8.09) with taxes. Around 900 tons of synthetic indigo is imported from China every month.”

“Farmers do not get a fair price for their natural indigo due to the high price differential,” said Bharti. “This leads to adulteration and a loss of confidence in a centuries-old production and extraction system. To ensure that it is a regenerative crop in all ways, the farmer needs to be the focus.”

Farmers and peasants working in the indigo industry have always got a raw deal. And the history of Indigo cultivation in India has a dark and complicated history.

About 175 years ago, Indigo symbolized colonial oppression in several parts of the world and today’s hipsters flaunting their indigo-dyed denims are unlikely to be aware of the atrocities faced by the farmers in India during the 18th and 19th centuries. 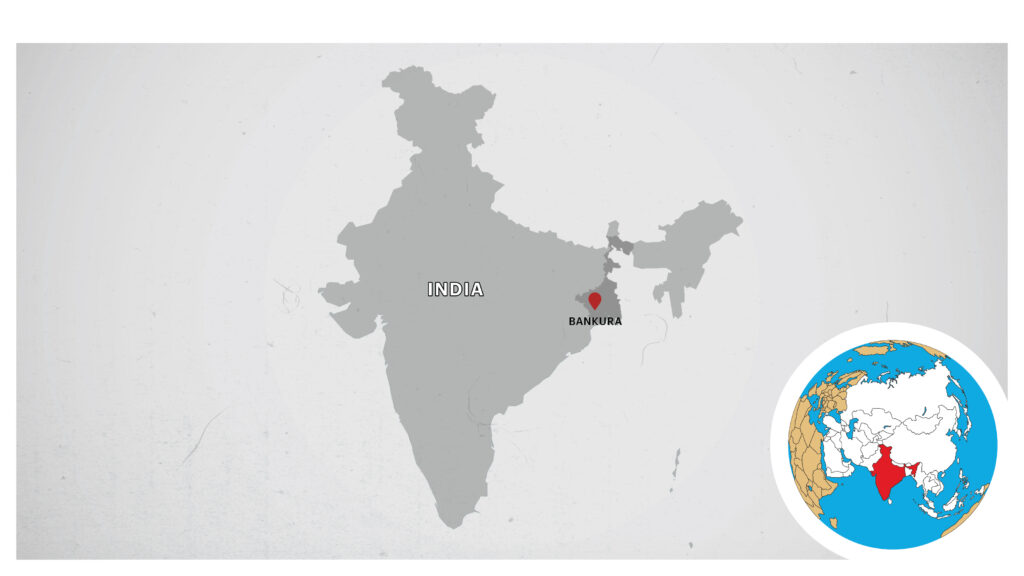 Harish Chandra Mukherjee (July (24, 1824 – June 16, 1861), was an Indian journalist who fought for indigo cultivators and forced the British government to bring about changes. He described the extreme hardships faced by the farmers in his newspaper, “The Hindu Patriot.”

Similarly, Dinabandhu Mitra, a Bengali dramatist, depicted the situation of indigo farmers in his iconic play “Nil Darpan“, published in 1860. It spoke about the ill-treatment the peasants faced at the hands of some European indigo planters, whose exploits were further exposed in a report of the 1861 Indigo Commission.

“Peasants were persuaded by the British planters to grow indigo instead of food crops. They forcefully imposed a loan to every farmer called ‘dadon’ at very high interest rates. Such loans kept the farmer in debt for his whole life until he passed it to his successor. Only 2.5 percent of the market price was paid back to the farmers,” said Blair Kling in his book named “The Blue Mutiny: The Indigo Disturbances in Bengal.”

The farmers barely managed to make any profits and the planters resorted to violence and mortgages if they were unwilling to obey them.

Ananda Bhattacharya, assistant director of West Bengal State Archives claimed that under such extreme tyranny, the farmers turned to revolt.

“The Indigo Revolt against the planters in Bengal started in 1859 at a village in Nadia district, led by Bishnucharan Biswas and Digambar Biswas. Gradually, it spread like a wildfire in the eastern part of undivided India,” he said. “Indigo depots were burned down and several planters were given a public trial and executed.”

“Peasants of all sects and religions were involved in the revolt,” Bhattacharya said. “The object of the revolt was economic freedom and had deep consequences for the later movements of Bengal, like the Chittagong Uprising of 1930.”

Revisiting history — a trip to an indigo plantation in Bengal

Last month, I went to explore one such abandoned indigo plantation and processing unit at the farthest corner of a small town called Sonamukhi in Bankura district of Bengal.

My grandfather, an old-timer of the area,  had told made me about this ruined remnant of a once-thriving indigo plantation approximately 155 miles from Kolkata, the capital of West Bengal.

Walking through an aisle in the midst of paddy fields I reached the shattered building after the dirt track came to a dead-end. Surrounded by thick, tall grasses, I found that creepers and climbers had engulfed the structure, while roots of old trees had taken over the roof and the walls.

A shirtless tribal boy who had followed me since I started my journey through the paddy fields, guided me to the owner and demanded Rs 5 ($7 cents) for being my helper and guide.

The owner, Tapas Naik, 55, I discover, now owns a small medicine shop in Sonamukhi town and claims that is extremely difficult to maintain such an old building. He still visits the plantation once a month and is proud that he can lay claim to this heritage site.

He tells me that around 200 years ago, the land on which the ruin stands was bought by a Briton, John Cheap, at a meager price from the Naik Zamindars (autonomous rulers on good terms with the British).

Sonamukhi, is the first town in India that received a municipality from the British government in 1886.

Mihir Mukhopadhyay, a government employee, and a former chairman for the welfare of the indigo plantation, claimed that it was becoming more and more difficult to preserve the heritage site with every passing year.

“I heard about the ill-treatment of indigo farmers at the plantation from my grandfather,” he said. “Many of them committed suicide unable to bear the torture and hence it is considered haunted today. Even the wife of the indigo planter died here, and there is a small tomb in her memory just behind the plantation.”

While the plantation is now in shambles, once there were majestic pillars and a gate that led into it. “There were huge holes dug in the earth for indigo dyeing, and the adjacent ponds were all ruined due to its cultivation,” said Mukhopadhyay.

The British owners sold the Indigo unit back to the erstwhile Indian owners when they left India.