Apple Orchards Get Love and Care from Miles Away

Apple cultivation was introduced in the hill state of Himachal Pradesh in India by an American missionary— Samuel Evan Stokes. 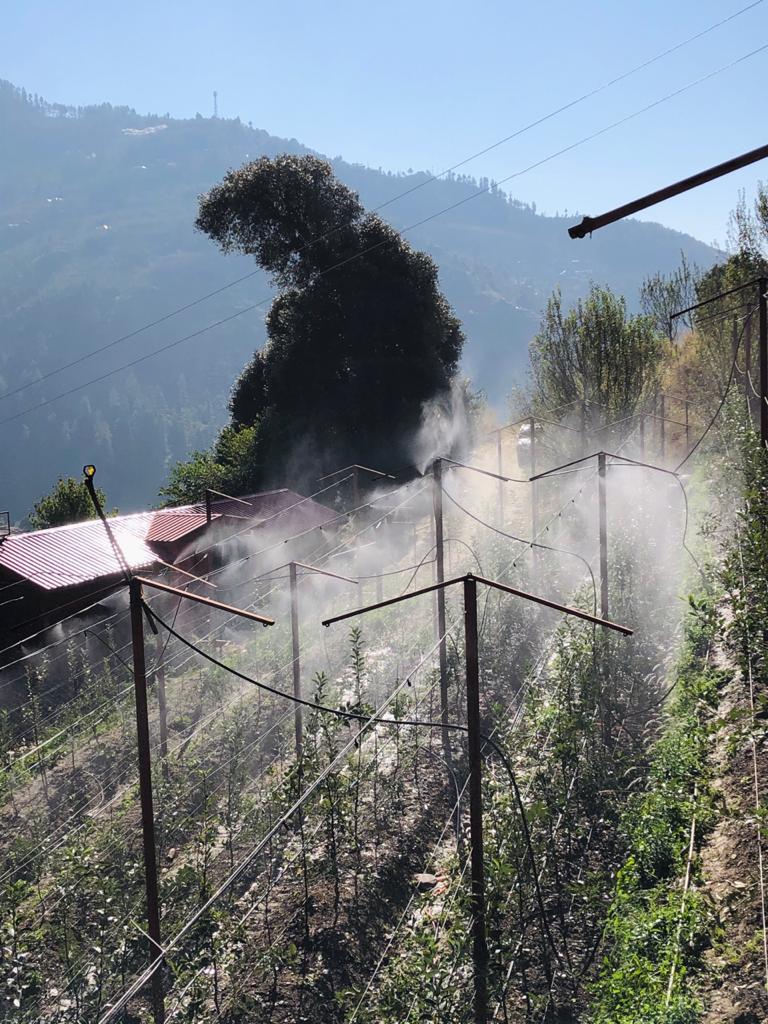 Tejasvi Dogra can control irrigation, soil temperature, and pesticide sprays at his apple orchard in Madavag village of Himachal Pradesh in India, just by using his phone, all the way from his office in Shimla 62 miles away.

Dogra, a 26-year-old lawyer at the Himachal Pradesh High Court in Shimla, has created a program that runs mobile applications paired with sensors and dispensers installed at his orchard.

So as soon as Dogra gets an alert on his phone about lowered moisture levels on the farm, all he has to do is run the app that starts irrigating his plants. Cameras installed on the orchard help him monitor if the apple plants have indeed been watered satisfactorily.

The traditional method of apple farming would require Dogra’s physical presence in the orchard, but since he works in the city, he can’t visit the orchard frequently.

During the Covid-19 lockdown earlier this year, Dogra had gone to his village and worked on his cases online. This made him realize that even though he could carry on his professional work from the village, he couldn’t control operations on his orchard from the city. This pushed him to integrate his childhood interest in technology and electronics with methods of apple cultivation to come up with a solution that would allow him to work on his orchards through remote control.

With the use of microprocessors and sensors in the field, Dogra can measure the exact amount of minerals in the soil. He can also control the temperature using water mists installed on top of every plant to bring down the temperature on hot days.

“I talked to people in the village and other orchardists to understand the problems they face,” said Dogra. “It took me six months to develop this project and it is still evolving.”

Dogra’s smart orchard is spread across 25 acres of land and is called Samriti Bagh. 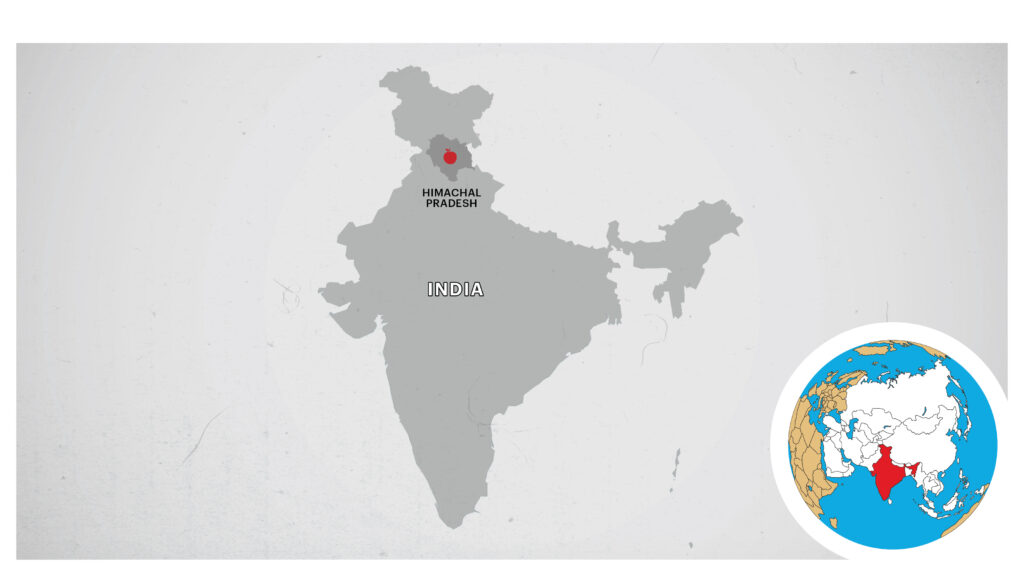 Apple cultivation was introduced in Himachal Pradesh by an American missionary, Samuel Evan Stokes in 1916. He came to India in 1902 and settled in a village in Himachal Pradesh. During his stay, he realized that the climate there was optimal for the cultivation of apple, so he introduced apple varieties, which later turned into a lucrative source of income for the state. Now, after 104 years, the state cultivates about 450 different varieties of apple and for export and domestic consumption.

Dogra has received a lot of positive feedback from orchardists in different areas of Himachal Pradesh for the new technology that he has developed.

Dogra points out that in recent years the competition from foreign varieties has increased, which has adversely affected the apple business of the state.

“To stay on the top of demand we need to seek modern methods of cultivation and have a more scientific approach towards farming; only then we can compete with international standards,” said Dogra who wants to help other farmers adopt modern ways of cultivation.

The lawyer has also introduced new varieties of apple like Red Velox, and Dark Baron Gala, that he imported from Italy. The old varieties of apple plants require a distance of 20 feet between two trees. But the new plants are smaller so more trees can be cultivated on the same land. Each plant also bears more fruit.

The orchardist claims that the production yield from the new plants has been of good quality and that he expects it to be even better the next year.

Over the years, total apple production in the Himachal Pradesh has been increasing at a good pace, which makes young orchardists hopeful.

Dogra is the third generation of apple cultivators in his family and is sentimental about his farms.

“Even though I have lived in the city all my life, I couldn’t neglect my ancestral property, so I always come back to work on it.”

Just like Dogra, there is a growing population of young people in the state who live in major cities of India and abroad but struggle to come back to work on their orchards. Since the orchards are in their native land, the recurring nostalgia of childhood doesn’t let them leave their ancestral fields behind.

Aman Thakur, a 26-year-old businessman from Shimla, has slowly been taking over the load of work on his orchard from his father. His construction business in Chandigarh in Punjab is about 100 miles away from his orchard, which makes it difficult for him to travel back and forth from the city to the village.

“People here prefer traditional ways of cultivation, but if methods like the smart orchard are adopted, the state’s apple production could double,” says Thakur.

“Young orchardists like myself will benefit from this technology because this would mean that our jobs and professional work could be conducted in tandem with the family apple business.”

The state of Himachal Pradesh is famous globally for its Royal Red variety of apple but the total produce accounts for only 2.05 per-cent of global apple production.

Dr. Desh Raj Sharma, deputy director of the Horticultural Department in Himachal Pradesh, Shimla, visited the smart orchard earlier this month. He is hopeful that the next generation of cultivators can bring in much-needed technology for better yield and help the state grow.

“Moving towards scientific management for apple cultivation should be our next step to increase the state’s productivity. Projects like the smart farm are already motivating other cultivators in the state to adopt modern ways,” said Sharma.