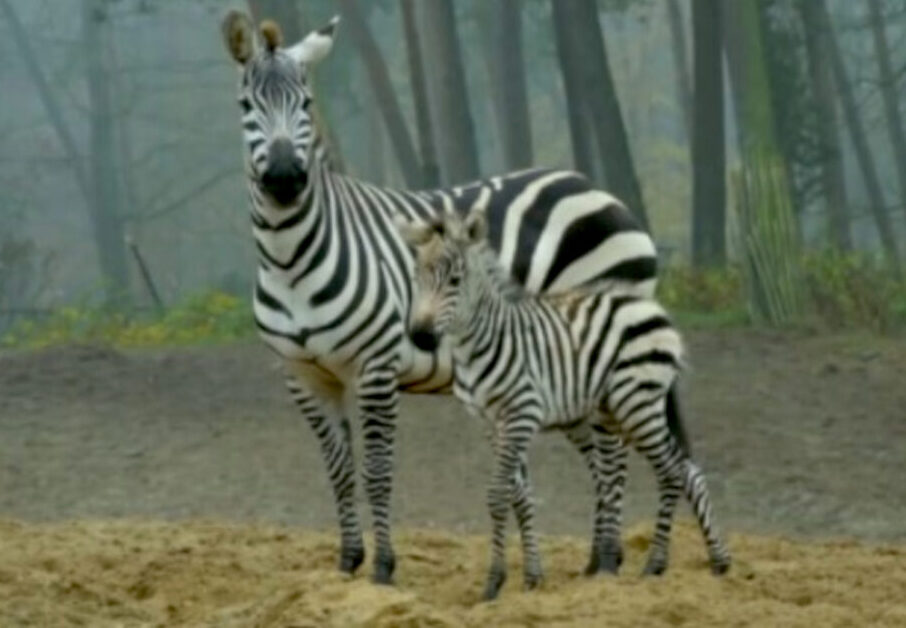 ARHEM, Netherlands— — A newborn zebra is enjoying its enclosure with its mother as other animals roam the area.

The birth took place in the Royal Burgers’ Zoo, in Arnhem, Netherlands, on Nov. 11. Footage shows the zebra foal walking, while seeking the protection of its mother.

Wildebeest, giraffe, exotic antelopes and rhinoceros are also seen in the area — all represent the zoo’s diversity.

Unlike other zoos, none of the animals at Burgers’ Zoo receive names, said Bas Lukkenaar, who handles public relations and communications.

Royal Burgers’ Zoo is home to one of the largest herds of Grant’s zebras in Europe, consisting of about 25 animals, he said. The zoo also engages in captive breeding of animals that are nearly extinct.

Each year, approximately five zebra foals are born in Arnhem, which is spread over 110 acres. Most are moved to other zoos once they reach adulthood, said Lukkenaar.

These zebras share a vast savannah mimicking their native habitat in Africa, with giraffes, rhinos and several species of antelope, such as waterbuck, roan’s antelope and beisa oryx.

An 8-month-old zebra died Nov. 5 at Noah’s Ark Zoo Farm, near Bristol, England. Named Hope, the zebra was frightened by fireworks from the U,K.’s Bonfire Night. Zoo staff stated Hope was “a symbol of positivity” to visitors and keepers alike. It appears the fright caused the animal to bolt, and she collided with the boundary of the enclosure.