Kaziranga National Park in northeast India is home to the endangered one-horned rhinoceros. 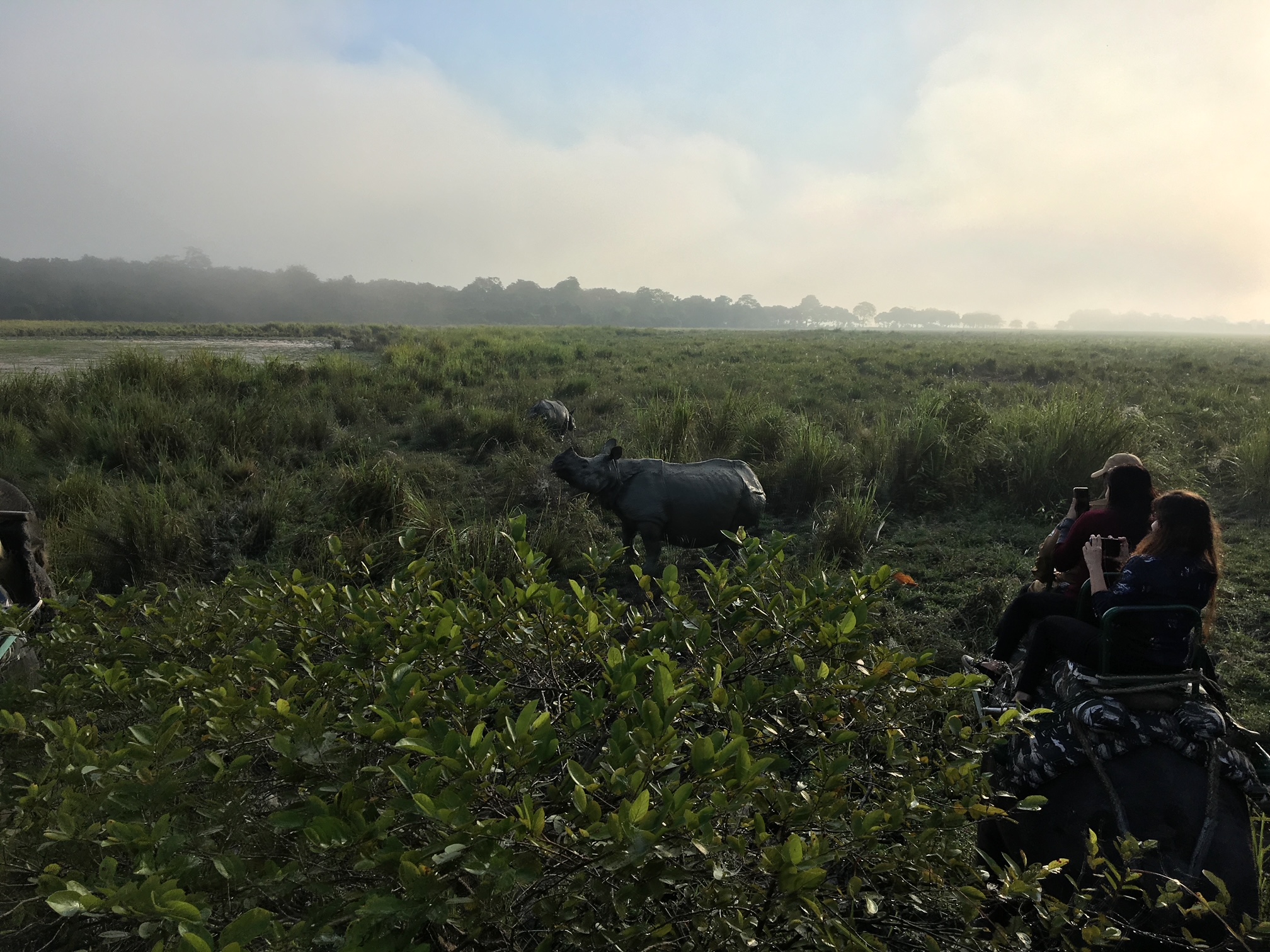 In September, the police in Golaghat district of Assam in Northeast India got a tip-off about a broken piece of rhinoceros horn that was being traded by some locals. The information set the alarm bells ringing.

The investigations revealed an alarming trend. The officials found that some employees of the Kaziranga National Park, a UNESCO World Heritage Site, were allegedly involved in smuggling of rhino horns.

The park is home to over 2400 greater one-horned rhinoceroses, classified as vulnerable on The International Union for Conservation of Nature’s (IUCN) Red List of Threatened Species, which is a critical indicator of the health of a species. They are often targeted by poachers.

“Ten of our workers have been arrested,” said Ramesh Gogoi, the divisional forest officer, Kaziranga National Park.  “They would pick up rhino horns from the park and provide it to local buyers,” said Gogoi.

The total number of arrests in connection with the investigations stood at 26, he said. 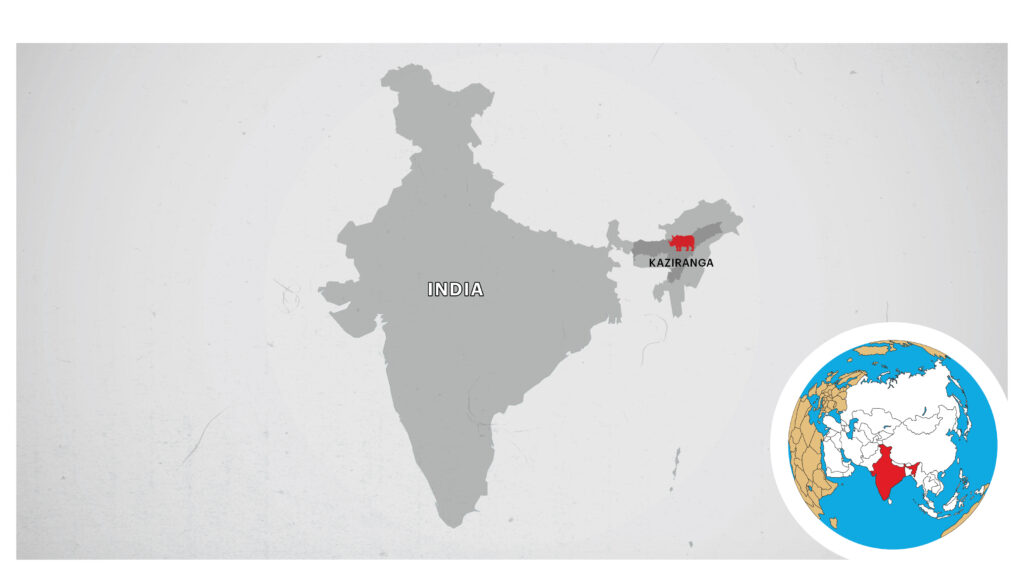 The 10 workers who have been arrested for their suspected involvement include seven who work as casual daily wagers and three others who are permanent employees of the Kaziranga National Park. Gogoi said all of them work as mahouts (those who ride and tend to elephants) who help take care of the domesticated elephants that work in the park for tourism and help forest guards navigate deep into the jungle.

“Mahouts have the freedom to move inside the national park. They take the elephants for grazing,” said Gogoi.

During these trips, these mahouts often find the horns of animals that have died due to old age or in the deadly flooding during the rainy season. Sometimes they collect the horns that fall off during rhino fights and sell it to local buyers, said Gogoi.

India’s Wildlife protection law prohibits trade in over 1800 species of wild animals, plants and their derivatives.

“These employees would collect the horns of those rhinos that died of natural causes,” said P Sivakumar, director of the Kaziranga National Park.

According to Pushpraj Singh, the Superintendent of Police, Golaghat, it was in late September that a police informer came with a lead of a rhino horn being traded locally.

The case was subsequently handed over to the local forest officials.

Rhino horn is used as an aphrodisiac or bought as a luxury product in countries like China and Vietnam where the demand is high and fetches a high price.

The Indian rhinoceros once roamed the entire landscape which stretched from Myanmar in the East to north India and Nepal. Rampant poaching has confined this animal to a few areas of the Brahmaputra Valley and Terai grasslands in Indian and Nepal.

This species of rhinoceros were once on IUCN’s endangered list but sustained protection efforts have led to an increase in their population. Kaziranga National Park has the highest population of these rhinos making it a target of wildlife traffickers.

The horns were earlier smuggled to these Asian countries through Nepal that borders India, but of late, Myanmar has emerged as the preferred transit route, according to experts.

“The CoP15 report indicated that most rhino horns from Assam moved first to Nepal then on to China, with only about one-tenth of the traffic crossing the Indo-Myanmar border (Milliken et al. 2009),” noted a report titled “African and Asian Rhinoceroses — Status, Conservation and Trade.”

The fifteenth Conference of the Parties (CoP15) to the Convention on International Trade in Endangered Species of Wild Fauna and Flora (CITES) was held in Doha in Qatar.

But the trade patterns have changed.

“Cross-border trade into Myanmar has become the primary route for Assamese horns, according to investigations by AsRSG (The Asian Rhino Specialist Group) members,” the report said.

The Kaziranga National Park workers sold pieces of the horn to local buyers from Golaghat or Karbi Anglong, a tribal district on the periphery of the national park, according to national park officials.

Gogoi explained how this was the first link of the long trans-national crime chain. But forest officials are facing difficulty in cracking the racket.

This is not the first time that workers of the Kaziranga National Park have been suspected of being involved in wildlife trafficking. In 2016, authorities arrested as many as four workers who were allegedly involved in the poaching of a rhino.

Investigators have struggled to expose the complex trans-national smuggling rings even in poaching cases.

Data reviewed by Zenger News shows that 120 rhinos were poached in Assam and West Bengal between 2013 and 2016.

Over 1100 square kilometres of the protected area in Kaziranga National Park is secured by scores of armed forest guards and advanced surveillance systems. While incidents of poaching have come down drastically, poachers strike as soon as they get an opportunity.

In 2020, Kaziranga National Park recorded only two poaching incidents. In the first one, reported in May in the Eastern Range of the park, the police suspect the involvement of the Zomi Revolutionary Army, an insurgent group based in Manipur, which is in a dialogue with the national government.

The police have arrested two persons in connection with the case and slapped the anti-terror Unlawful Activities (Prevention) Act on them. But the investigations have moved slowly.

“We are coordinating to take up the case with central (federal) organizations,” said Singh hinting that a federal investigative agency may be more suited to deal with the wide-ranging investigations.

Meanwhile, in the ongoing investigations involving the workers, the park administration is confident that the arrests will act as a deterrent.