The first night jump was awe-inspiring for 33 lucky participants. 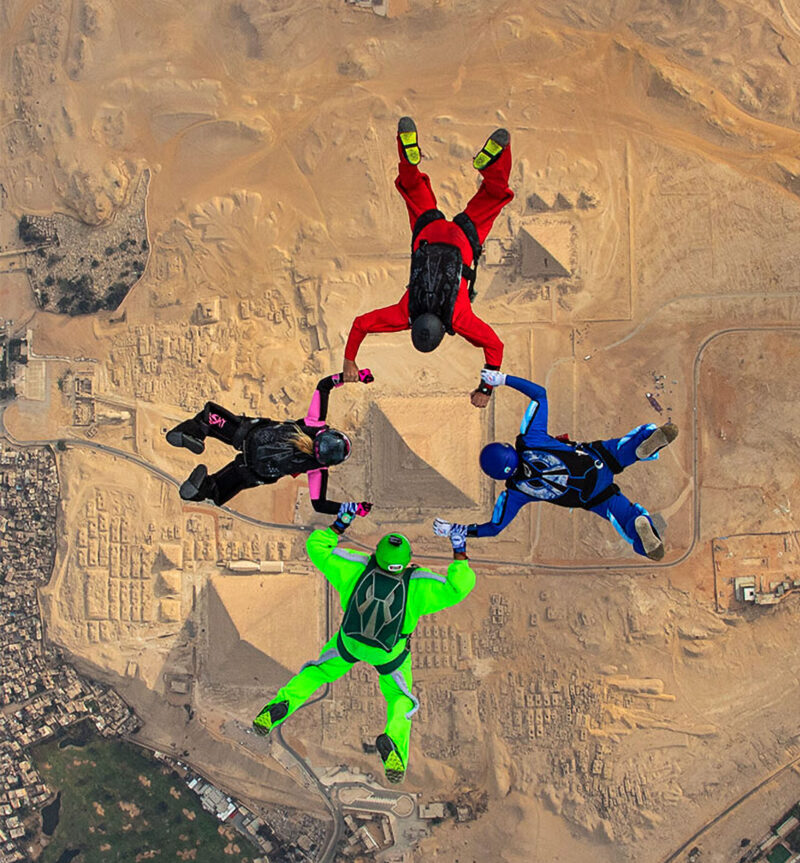 The annual skydiving festival, Jump Like a Pharaoh, included jumping over the Giza pyramids. (Photo by Skydive Egypt-Ewan Cowie/Newsflash)

GIZA PLATEAU, Egypt— Thrill seekers push the limits — including skydiving over one of the Seven Wonders of the World.

The annual skydiving festival, Jump Like a Pharaoh was held earlier in November and attracted 90 skydivers from 19 different countries.

The first-ever night jump was over Egypt’s Giza pyramids, where three Egyptian pharaohs are buried. Historians believe the pyramids distinct shape was meant to guarantee immortality and help the kings ascend to Ra, the sun god.

The largest and most impressive of the pyramids is Khufu, known as “The Great Pyramid,” which covers 13 acres and is believed to contain more than 2 million stone blocks that weigh from two to 30 tons each, the History Channel reports.

Adrenalin-seekers made six jumps over the pyramids, three on each festival day. The night jump consisted of 33 participants, due to strict health requirements.

An Egyptian Air Force C130H aircraft was used to take the skydivers up. They jumped from a height of 15,000 feet, the maximum elevation for such excursions without oxygen equipment.

Mostafa Saeed, chairman of Skydive Egypt, said the festival, first launched in 2018, has met with great success in Egypt’s tourism and investment sectors.

“The act of jumping over the pyramids is awe-inspiring and filled with great energy,” Saeed told local press.