The government aims to raise $28 billion this year by selling stakes in companies it owns.
By Namrata Acharya November 20, 2020
Facebook
Twitter
Linkedin
Email 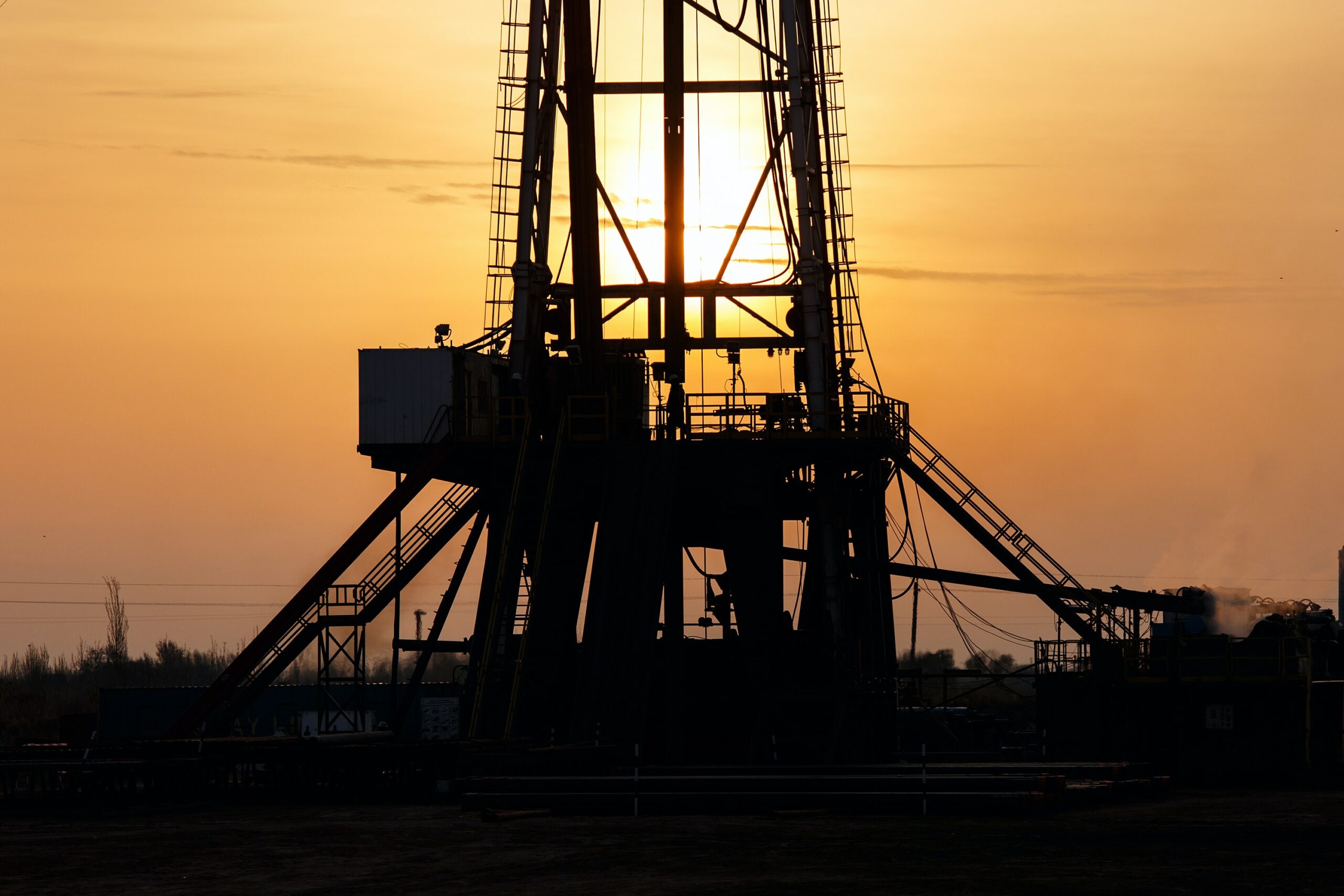 The deadline for private companies to bid for BPCL was this week, after four extensions since May due to logistical problems during the pandemic Courtesy: Unsplash

Kolkata — In a bid to raise money for development projects, India is moving to privatize its second-largest oil marketing company, Bharat Petroleum Corp. Ltd. (BPCL), by selling its 52.98 percent stake in the company.

Prime Minister Narendra Modi plans to raise INR 2.1 trillion ($28 billion) by selling the government’s stakes in public sector firms. Most of these firms were created soon after Independence in 1947, following the vision of its first prime minister, Jawaharlal Nehru, to rapidly industrialize the country. BPCL, as well as Life Insurance Corp. of India, have been chosen to meet the government’s fundraising target.

Only a few private firms have expressed an interest in BPCL. The government said in a tweet that there were “multiple expressions of interest.”

The deadline for private companies to bid for BPCL was this week, after four extensions since May due to logistical problems during the pandemic.

BPCL’s total sales fell 23 percent to about INR 49,407 crore ($6.64 billion) in the first half of this financial year (2020-21), compared with the same period last year. India follows an April-March financial year. 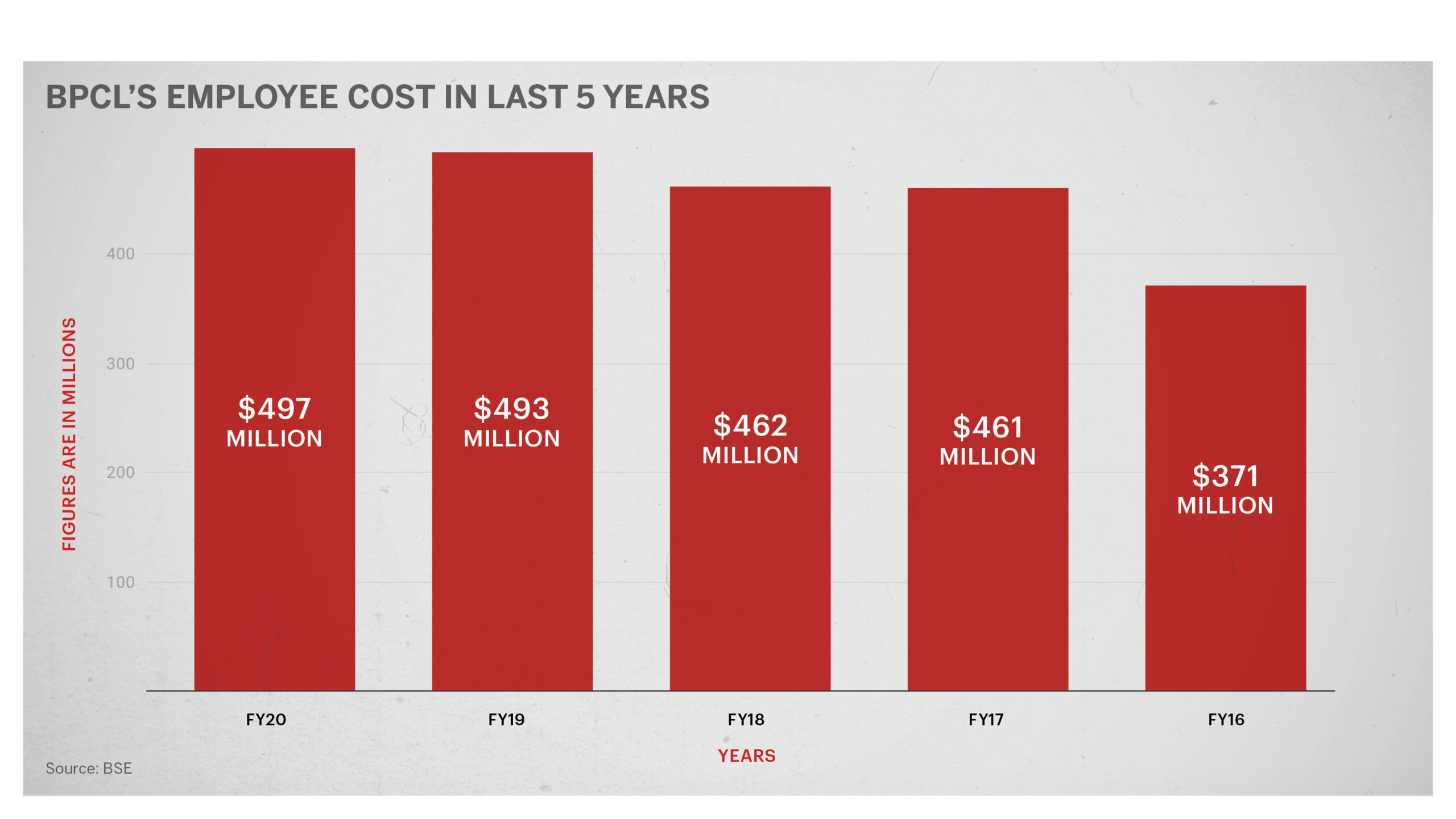 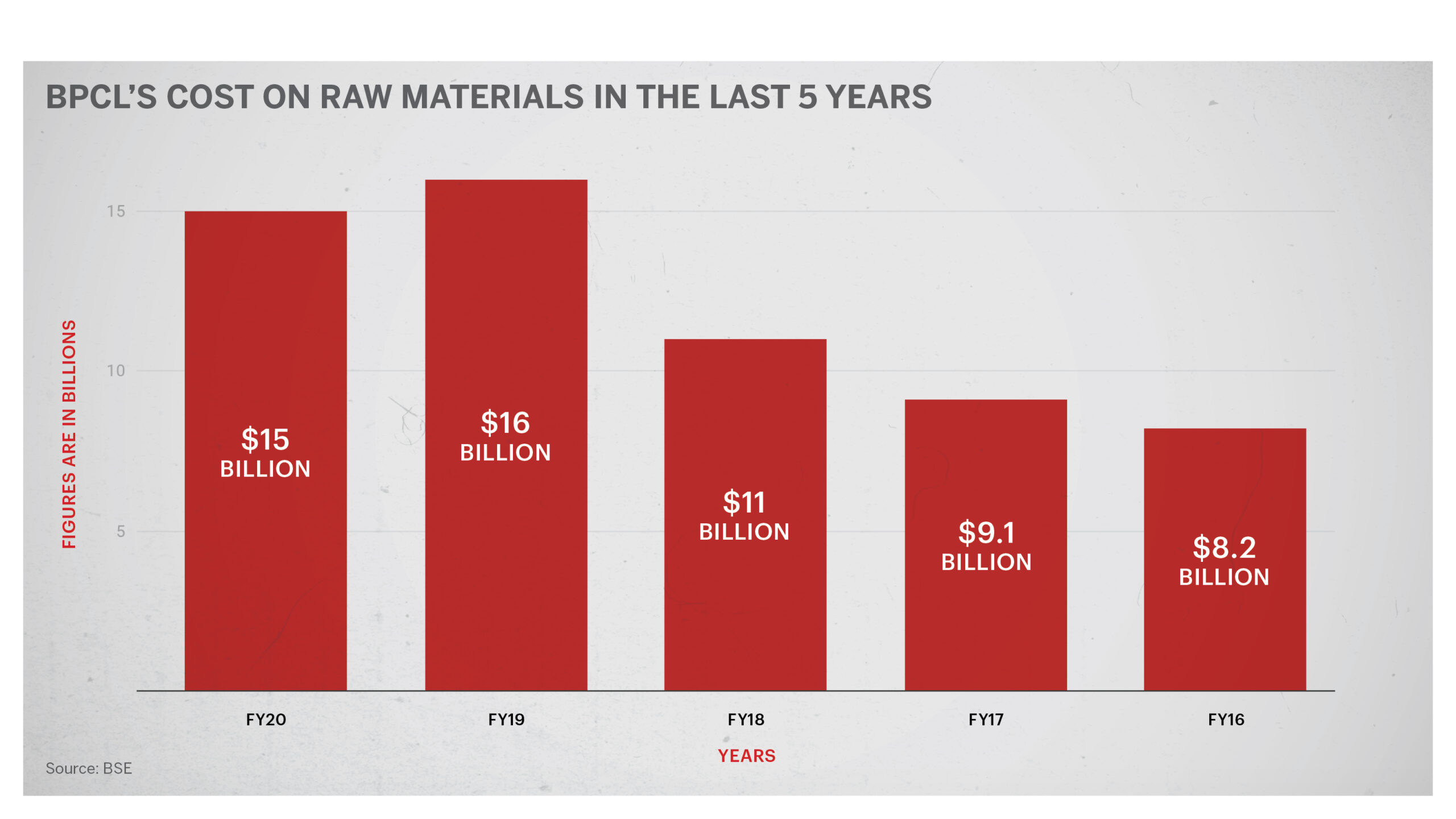 Analysts believe that lower demand, worsened by the pandemic, could be a reason for the lack of bidder interest.

“The onset of the Covid-19 pandemic had led the demand destruction of petro-products, which may have been a reason for a lukewarm response [to the privatization bidding],” said Urvisha H. Jagasheth, analyst at CARE Advisory Research and Training in Mumbai.

“Covid-19 has prolonged the fall in demand in 2020, while increasing the glut in refining capacity and margins from 2019,” Swarnendu Bhushan, senior vice-president of research at Motilal Oswal Institutional Equities, told Zenger News.

“Despite several oil majors closing down their refineries, the dismal margins in refining persist,” he said. “Additionally, even with OPEC (Organization of the Petroleum Exporting Countries) cutting their production, oil prices are still lingering at $44 per barrel. Lower profitability and write-offs because of low oil prices have forced several global oil majors to cut their capital expenditure, including possible acquisitions, for 2020-21.”

Global oil prices have fallen in the past year from about $60 a barrel to about $44 a barrel. Oil companies are sitting on huge unsold inventory as there has been a big drop in demand due to the pandemic.

“Concerns remain on multiple fronts with respect to the privatization of BPCL,” said Bhushan. “The most important one is whether or not the government can ensure there will be no intervention in pricing of auto fuel if prices rise sharply.”

In India, petrol and diesel are not covered by the goods and services tax — an indirect tax, shared by national and state governments. Petrol and diesel are a source of major revenue for both, and they independently levy taxes on fuels, with the flexibility to raise taxes at any time.

“Given the muted response to BPCL’s divestment, the possibility of mobilizing a large amount from this looks remote,” said Sujan Hajra, chief economist and executive director at Anand Rathi Shares and Stock Brokers. “Previously, we have seen one PSU [state-owned enterprise] buying another PSU under the divestment process. We hope this doesn’t take the same route.”

In 2018, the government raised INR 36,915 crore ($4.9 billion) by selling its 51.11 percent stake in Hindustan Petroleum Corp. Ltd. The buyer was another government-owned company, Oil and Natural Gas Corp.

There are 23 refineries in India’s oil and gas sector, 18 of which are in the public sector. 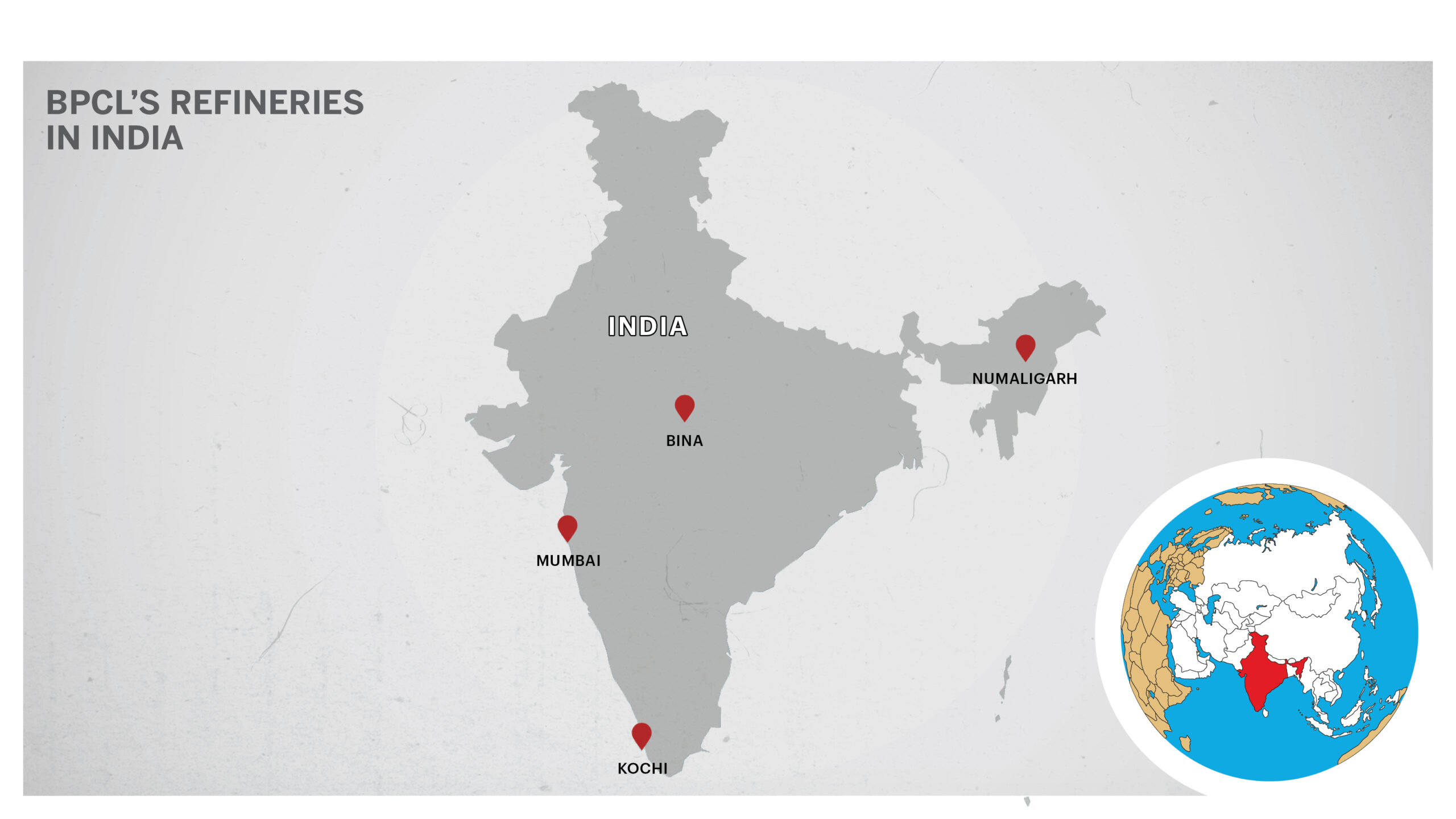 Government subsidies are a major concern for the players in the sector. While petrol and diesel have been deregulated, liquefied petroleum gas and kerosene — both commonly used for cooking in India — are still regulated.

The government compensates its three oil major companies, BPCL, HPCL, and Indian Oil Corp., for their losses by selling LPG and kerosene at government-fixed rates. The three companies account for 90 percent of oil sales in India.

“There are concerns if the government will continue with subsidies to BPCL once it’s privatized,” said Bhushan. “There is also a lack of clarity about the future BPCL’s subsidiaries.

“There are lots of subsidiaries and joint ventures. We only have clarity on NRL [Numaligarh Refinery], but not on others. Concerns would be there mainly on Bharat Petro Resources, which could see write-offs and BORL (Bharat Oman Refineries Ltd.), where the other partner may seek an exit,” said Bhushan.

The government has said that NRL will not be a part of privatization.

The privatization of oil companies is likely to bring more efficiency to oil marketing in India, say, analysts

Last year, the three government-owned oil marketing companies set up to install 78,000 new fuel pumps in the country. India currently has 64,624 fuel retail outlets, according to research from Crisil. It will be sometime in the next 12 years before 30 percent of the new outlets will be profitable.

“After privatization, the oil and gas sector could have 34 percent of its retail fuel outlets in the private sector,” said Jagasheth.

“Privatization could also result in newer, more aggressive and profitable business models in marketing and placement of products,” said Bhushan.

«Previous Post
1.2M Infants in India Did Not Get Measles Vaccine in 2019: Report »Next Post
Sri Lanka Weighs Proposal from US Companies to Invest in Renewable Energy