Raw jackfruit, often eaten as mock meat in some parts of India, is rich in fibre and low on the glycemic index
By Ojaswin Kathuria November 20, 2020
Facebook
Twitter
Linkedin
Email 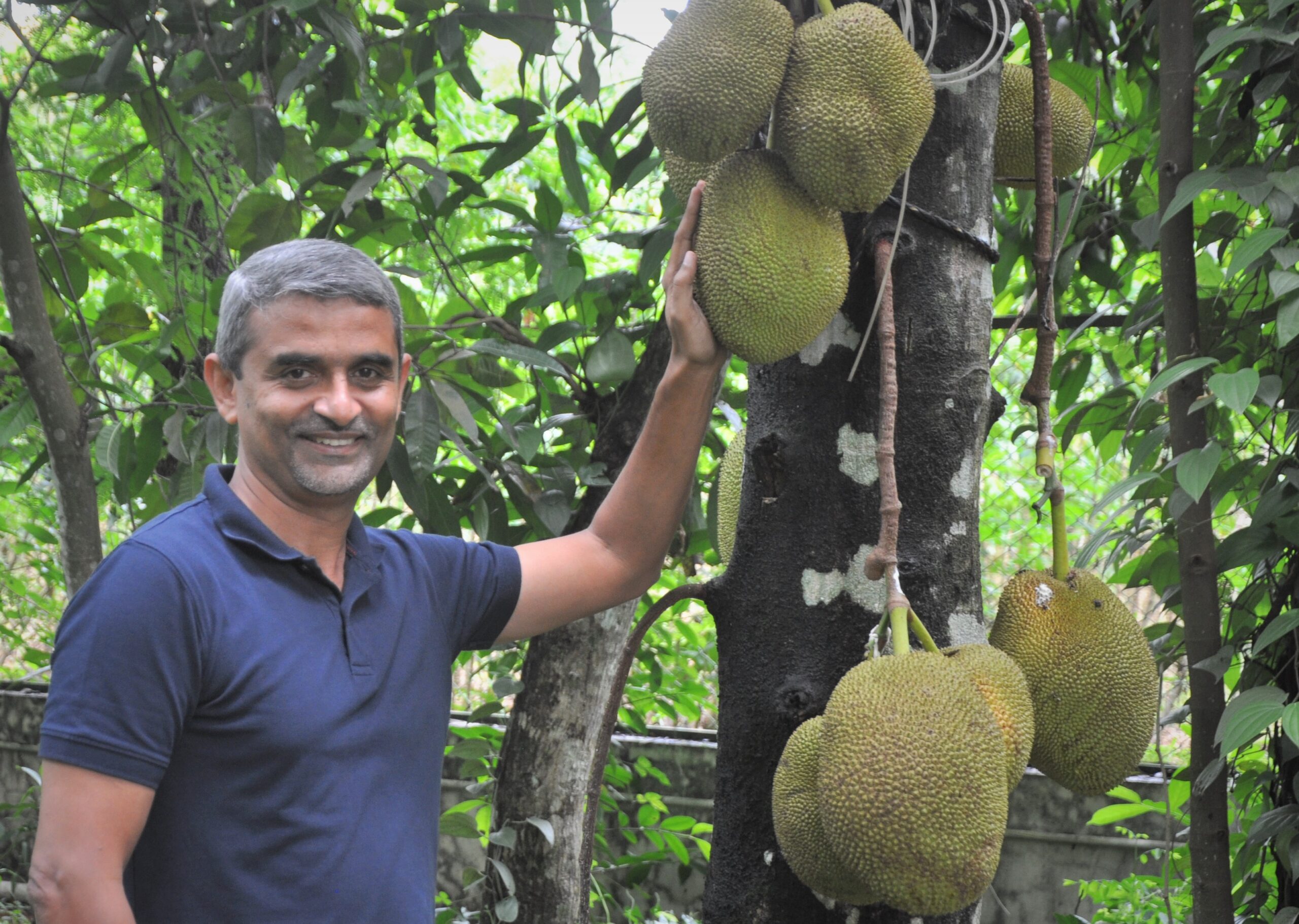 The jackfruit (a large tropical fruit with juicy, fleshy pods) is very sweet when ripe, so much so that diabetics are advised not to have too much of it. However, there’s no such danger from the raw fruit. On the contrary, a recent study claims that green jackfruit may reduce blood sugar levels and even reverse diabetes with long-term, continuous use.

A research paper presented by James Joseph, an engineer turned entrepreneur from Kochi in the southern Indian state of Kerala, shows that eating green jackfruit brings down plasma glucose levels. Joseph is the founder of Jackfruit 365,  a company that sells freeze-dried green jackfruit and green jackfruit flour.

The study has been published by the American Diabetes Association and the research was conducted as a randomized double-blind clinical trial where neither the participant nor the researcher knows which is the study group.

During the study, 20 of the 40 participants with type-2 diabetes were given 1.05 ounces of green jackfruit flour for three months. The remaining 20 used regular wheat or rice flour to make rotis or idlis. Roti is a plain round flatbread made from wheat flour and is a staple source of carbohydrates in the northern part of India, whereas idli is a type of rice-cake popular in the southern part of the country.

The study showed that people who mixed green jackfruit flour in their idli batter or wheat dough showed improvement in their plasma glucose levels.

Jackfruit flour is rich in complex carbohydrates and high fiber, which makes one feel full but the absorption of glucose is far less than that of rice or wheat. This helps in lowering the blood sugar level.

Rice and wheat both are simple carbohydrates and are digested quickly, which leads to higher absorption of glucose during digestion. This makes the glucose levels in the blood spike after meals. Hence, diabetic patients are generally recommended to consume fewer simple carbohydrates.

Joseph said that he discovered this quality of jackfruit by chance when he met a diabetic priest in Kerala who had been taking insulin for five years. The priest mentioned to James that he had a bad incident with jackfruit and was never going to touch the fruit again.

“The priest told me that once he had a meal of green jackfruit prepared as a curry in the traditional Kerala way,” said Joseph. “However, when he took his insulin 15 minutes after the meal, his sugar level dropped too low, and he collapsed. This may have been because jackfruit lowers the sugar level in the blood and the insulin lowered it further.”

This set Joseph thinking about substituting simple carbohydrates with jackfruit in a regular diet to help diabetic patients. But he knew that it would be very hard to convince people to try green jackfruit due to its taste and texture.

It took 18 months for him to come up with the idea of turning green jackfruit into a flour that could be added to any cuisine without adversely affecting its taste. He was inspired by the way iodine is added to regular salt in India to combat iodine deficiency.

When jackfruit is processed and made into flour it tastes no different from regular wheat flour or rice powder.

“Jackfruit has a binding agent like gluten called pectin; I made sure that during the process of turning jackfruit into a flour the binding agent remains intact,” said Joseph. “The binding agent makes sure that there is no change in taste when you add it to idli or dosa batter or in the wheat dough of roti.”

Joseph then decided to conduct a clinical study in Andhra Pradesh where there is no custom of eating jackfruits, unlike Kerala, so the results of the study wouldn’t be affected. After the study was completed, he submitted it to the American Diabetes Association in 2020 and also got the patent approved for jackfruit flour.

Joseph launched the product in June 2020 with the clinical trials backing it and has seen tremendous demand especially from North and Northeast India where there is no custom of eating jackfruit. The flour is sold online on the company website and is also available on Amazon. Joseph plans to make it available in major grocery stores in India.

Vinu Nair is a 51-year-old diabetic patient based in Chennai, who has been adding green jackfruit flour to his meals since 2018, even before the study was conducted. He started taking the flour along with his regular medication.

“I observed that two tablets of my regular diabetes medication along with the flour were lowering my readings more than usual,” said Nair. “Three months into the diet, my blood sugar readings had decreased along with my medicine dosage.”

Dr. Pradip Gadge, chairman at Gadge Diabetes Care Center said that he has read the research and some of his patients claim that the jackfruit flour helps maintain their blood sugar levels.

“The high fiber content and low glycemic index of jackfruit flour helps diabetic patients and is a good replacement for carbohydrates in meals,” said Dr. Gadge

Traditionally, Indian cuisine is carbohydrate-heavy and if we can swap simple carbohydrates with complex carbohydrates it can help with obesity, diabetes and cardiovascular diseases.

«Previous Post
Despite Attempts at Peace, Violence Increases in Afghanistan»Next Post
1.2M Infants in India Did Not Get Measles Vaccine in 2019: Report