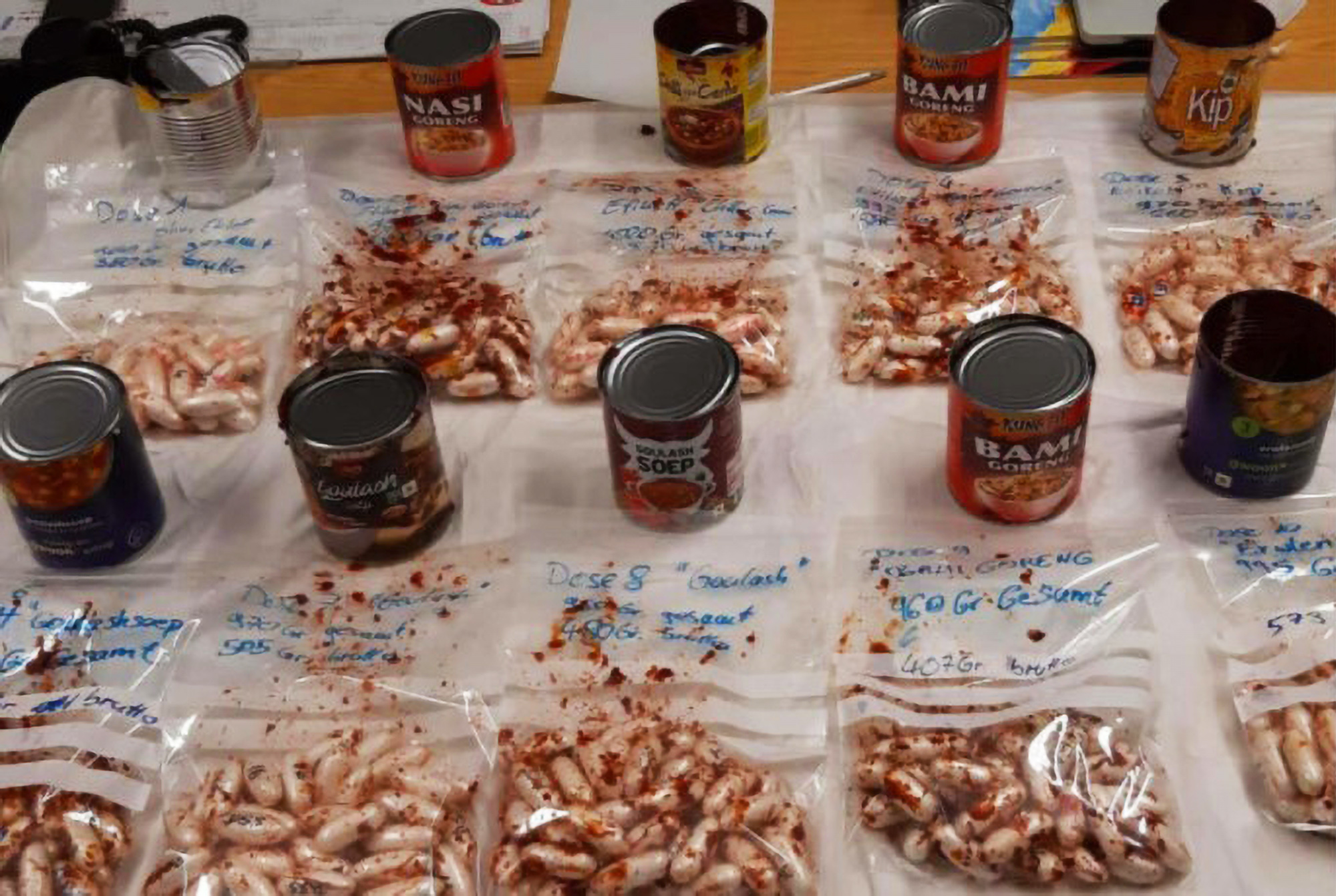 Police officers from the Kleve district in North Rhine-Westphalia, Germany discovered more than five kilos of cocaine in various tins that should have been goulash soup. (Police Kleve/Newsflash)

First, a Dutch drug smuggler who had hidden drugs in harmless-looking tin cans was caught because he had placed those containers in a secret compartment in his car, arousing the suspicions of police.

Officers decided to quiz the 56-year-old driver, whose name was not given, after carrying out checks at a service station on the German autobahn near the town of Rees. Upon further inspection, they uncovered a secret compartment containing cans of what were labeled to contain Gulaschsuppe, Chili con Carne and Nasi Goreng.

Concluding it was odd to go to the trouble of hiding such cans, the police opened one and found it held a clear a plastic pouch containing cocaine packed within capsules similar to those that typically hold prescription medications. In all, 12 cans containing a total of 5.2 kilograms (11.5 pounds) of cocaine were found in the care. Police said the drugs had an estimated street value of $365,000 euros (roughly $428,000).

Meanwhile, German police carried out a second, smaller bust when customs officials in Rosenheim checked a 23-year-old man coming from Salzburg, Austria. During a search, officers found around six grams of cocaine hidden in one of the three cheeseburgers he had in the car.

The investigations in both cases are ongoing, and specifics on the charges the two face were not immediately available.

Cocaine is the most-seized drug in Germany, followed by herbal cannabis, amphetamines, cannabis resin and heroin, according to 2019 statistics on that country compiled by the European Monitoring Centre for Drugs and Drug Addiction.

“Cocaine seized in Germany is usually imported from South America and enters Germany through other European countries, the center’s report notes. “Seizures of cocaine increased more than threefold compared with previous years.”