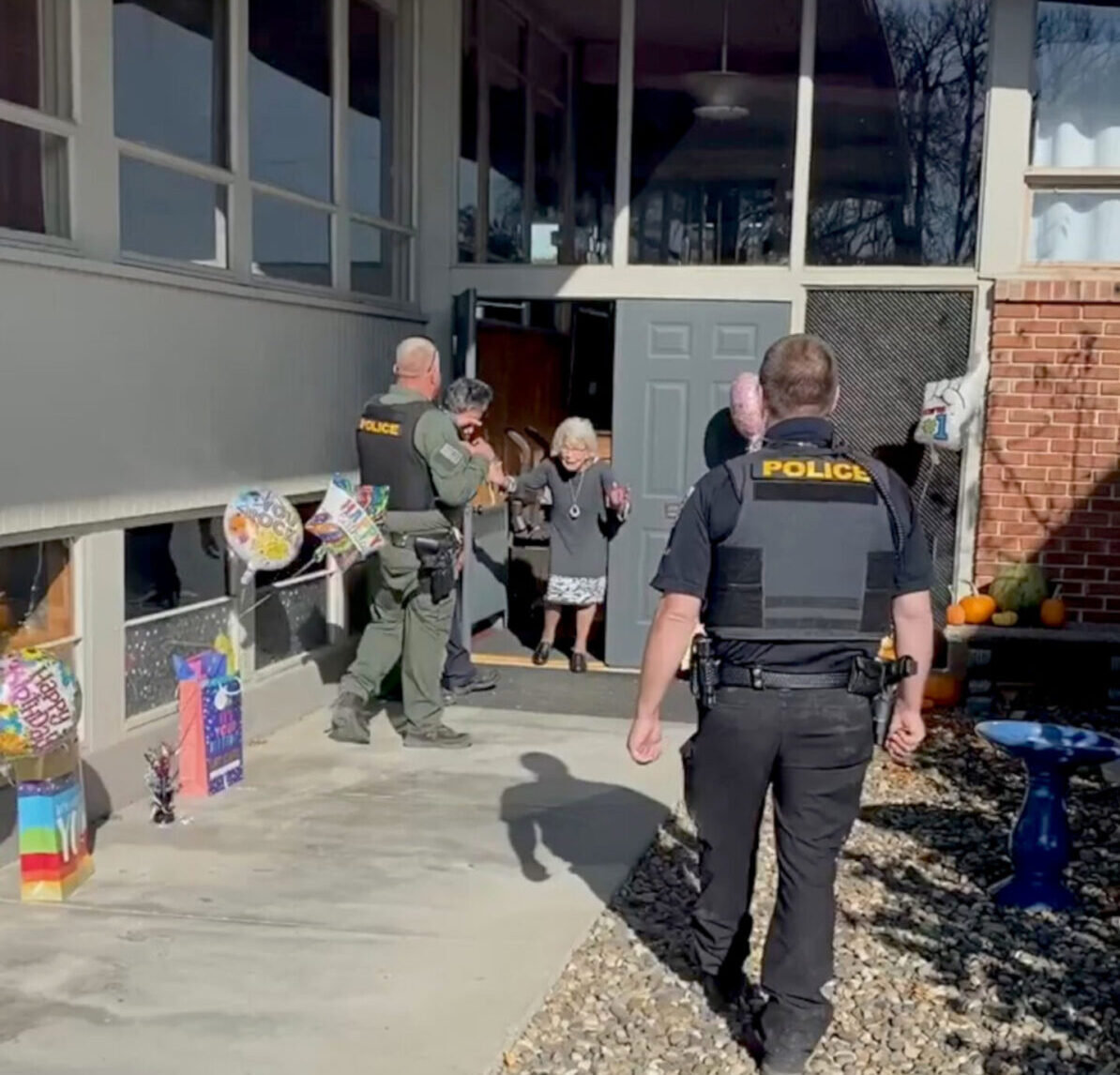 Birthday Raid: Police Surprise 90-Year Old on Big Day. “You have the right to have a happy 90th birthday, Shirley Lassiter!” (Realpress)

Armed with balloons, they knocked on a resident’s door and wait patiently for a response. When an elderly woman appeared at the entrance, an officer shouts: “Open the door, police!”

The cops then inform her: “You have the right to have a happy 90th birthday, Shirley Lassiter!”

The goodwill gesture was filmed in Nyssa, Oregon, and the footage was shared on Facebook by the local police last week.

The Nyssa Police Department then sang “Happy Birthday”’ to the grinning nonagenarian before an officer asked colleagues: “Who gets to spank her — because I’m not!”

“One of the beautiful benefits of living and serving in our little town is that we can take a break from training to swing by and wish Mrs. Shirley Lassiter a very Happy 90th Birthday with her friends and family,” the post said.

While the November ceremony gave Lassiter a moment of fame, she also joins a list of  celebrities in their 90s, including Angela Lansbury. Clint Eastwood and Barbara Walters.

And Lassiter will have even more company in the coming years.

America’s population of those 90+ has almost tripled since 1980, reaching 1.9 million in 2010. That number will continue to increase to more than 7.6 million over the next 40 years.