What Makes Peru’s Alpacas so Special?

A brief look at the most beloved animal in that country
By Vanessa Sam November 19, 2020
Facebook
Twitter
Linkedin
Email 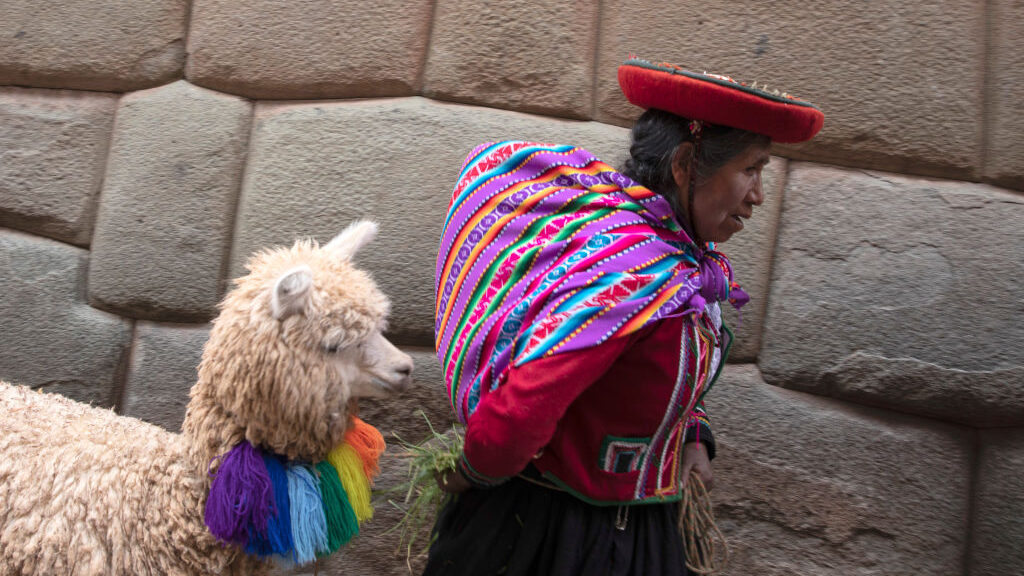 Peru is one of the world’s most fascinating places. This South American country encompasses both a section of the Amazon Forest and Machu Picchu (an ancient Inca city in the Andean highlands.) The latter is one of the most important archaeological and touristic areas in Latin America. It includes the Sacred Valley, the Inca Trail, and the city of Cuzco. Peru has both natural and cultural treasures.

The vast territory that it occupies gives it unparalleled landscapes. It is also the number one producer of alpaca fiber in the world, among many other remarkable things. We can even find in the Peruvian national flag and coat of arms a Vicuña, which shares ancestors with the alpacas and llamas.

Why are Peruvian Alpacas So Loved?

The alpacas live in the Peruvian Andes. People consider them as one of the most beautiful camelids (camel species family) in South America. This species is fundamental for the Andean shepherds. At least 150,000 families depend on selling and exporting this animal’s meat and textile fiber.

The average gestation period for an alpaca is approximately 11 months. They have a small reproductive track. Therefore, they can only produce one baby per year. Shepherds then raise and care for the foals with great affection and devotion. They have an average life span exceeding 25 years, depending on how much care they get.

Peru has 87% of all alpacas in the world, divided into two different races: the Huancaya (80.4%,) and the Suri (12.2%). The main difference between both species is their fur and they can breed with each other. Shepherds organize them in herds. They graze in the Andean highlands, at an altitude around 3500 to 5000 meters above sea level.

Alpaca fleece is silky, elastic, soft, durable, and non-flammable. With 22 official colors (plus their intermediate tones), it is perfect for crafting all kinds of clothing. Its most notable quality is its softness, for even in its thickest form, it is inherently softer than sheep’s wool.

Their fleece has thermal properties, which allows them to adapt to any temperature change. Because of that, different countries have imported them, including the USA, New Zealand, Australia, and the Netherlands. Each year, South America produces approximately three million kilos of alpaca fleece.

This represents a rough 4% of all fibers processed in any given year. It is common to see alpaca garments abroad, which characterizes the Peruvian seal of approval behind them, as those who wear alpaca clothing do not get cold.

The Historical and  Cultural Significance of Alpacas

For the Incas, alpacas were the most important animal. Each part of this camelid had a specific purpose. Incas ate their meat, and used their bones. Their leather, fat, and excrement were used for various applications. Alpaca’s wool made their yarns and fabrics (which had significance and value in symbolic, cultural, and religious aspects.)

Incas treasured them as an integral part of their civilization. They represented them in a legend in which the gods deposited the alpacas on Mount Ausangate, Peru. They would remain on Earth, as long as humanity treated them with kindness and respect.

Another tale tells the story of a goddess who fell in love with a man. Her father would only allow her to be with her lover if she took care of his (the god’s) alpaca herd. So, when she came to our world, the alpacas followed her closely. One day, however, the goddess decided to return home. The man then tried to stop her and her herd. He could not keep all of them from leaving, yet he managed to force some of the alpacas to stay. These are the ones that can found in the Andes. They are still waiting to be able to return home and be with their goddess.

People revere, care for, and show respect to these animals. Every year since 2012, on August 1st, Peruvians celebrate the “National Alpaca Day,” recognizing the cultural identity of the Andean highlands as a gift from the gods.

(Translated and edited by Mario Vázquez, edited by Ganesh Lakshman.)

«Previous Post
The Genesis of Catrina, Mexico’s Satiric Queen of the Dead»Next Post
1.2M Infants in India Did Not Get Measles Vaccine in 2019: Report