Scientists Recreate Upside-Down Ship Like In ‘Pirates of the Caribbean’

The intriguing phenomenon could have major real-world applications. 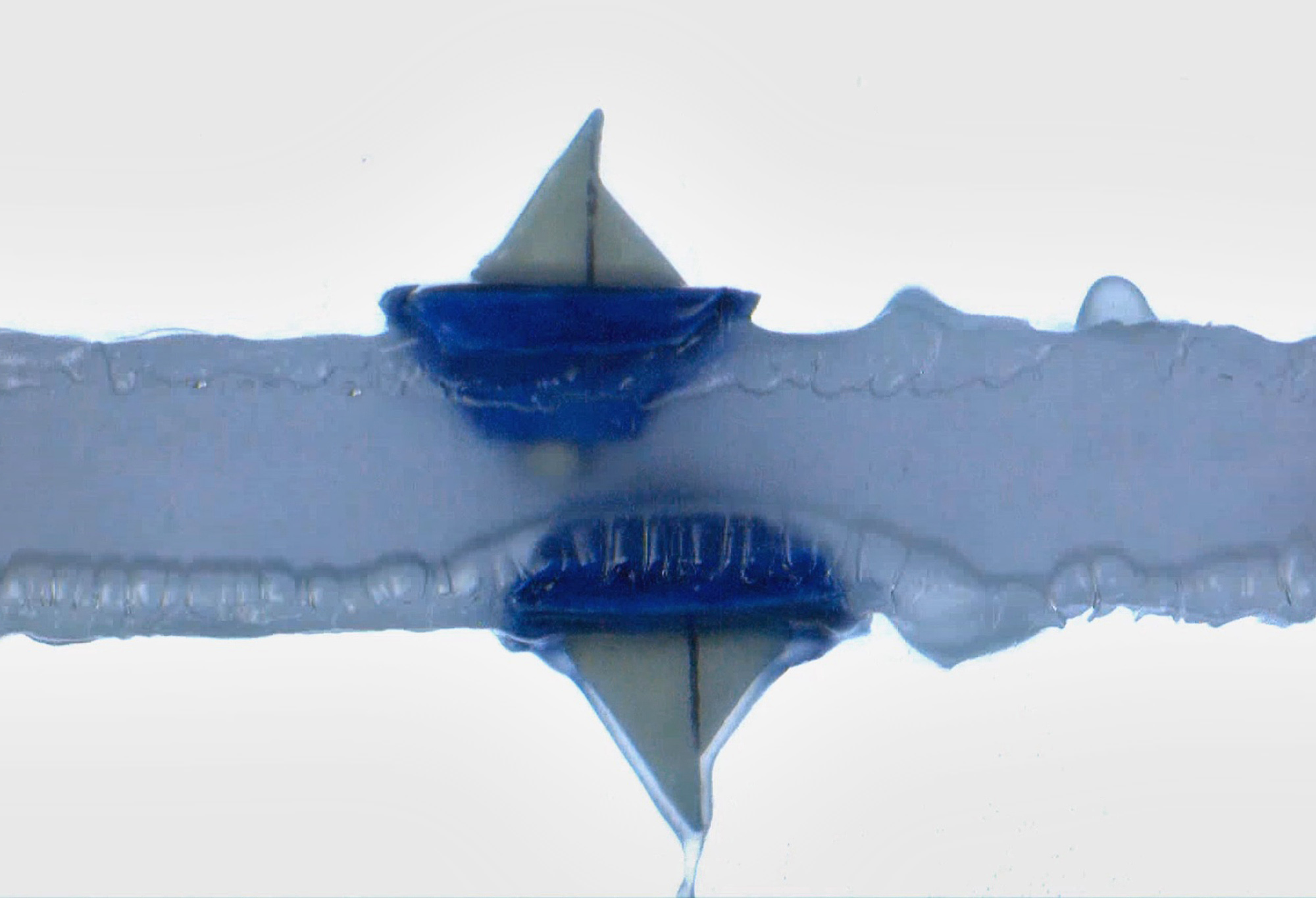 Emmanuel Fort designed an experiment to test a principle established thousands of years ago by a greek mathematician. What he found reminded him of an iconic scene in "Pirates of the Carribean: At World's End." (Emmanuel Fort/Benjamin Apffel/Real Press)

PARIS— Two physics researchers have managed to make a model boat float upside down using vibration technology, much like what happened to Jack Sparrow’s ship in one of the “Pirates of the Caribbean” movies.

And despite that fictional illustration, scientists say the phenomenon could have important real-world implications, including water desalinization/purification.

Emmanuel Fort, a professor at ESPCI Paris, a renowned physics biology and chemistry school, told Zenger News that he and colleague Benjamin Apffel accomplished the feat by accident “while having fun” — and that while observing the phenomenon, they thought of actor Johnny Depp’s Black Pearl in “Pirates of the Caribbean: At World’s End.”

“It started as a hobby,” said Fort. “We were studying the behavior of liquids and how they react to various wavelengths.”

Initially, their goal was to stabilize liquid upside down, but the researchers were surprised to find that solid objects also could float upside down in such liquids.

The experiment was originally designed to see if a principle established by Archimedes, the Greek mathematician and mechanical engineer, held true, Fort said. The principle in question held that gravity is a downward force that is balanced by pressure going upward in water that had been displaced.

With a team of students, the scientists conducted the experiment, which showed that the effect of gravity could be reversed on the liquid, thanks to upward vibration.

Fort said that they were very excited when they saw the boat floating upside down, not least because practical applications could include using the technology to treat dirty water by separating elements within it. It can also be used to help with desalination, which consists of removing salt from salt water to make it drinkable — something that’s currently prohibitively expensive to do.

The team did some research into the principle’s history and found that making liquid float upside down using vibrations had already been discovered in the 1970s. But they did believe their effort was the first time anyone had managed to make a solid object float upside down in the liquid.

Fort added that the air going down to the bottom of a container while the water remained at the top was not necessarily new, as NASA already discovered this during rocket launches, when air moving down fuel containers sometimes caused the detectors to ditch the container early, making the rockets explode.

The professor said since their study was published in Nature magazine’s Sept. 3 edition, they have been inundated with interest from scientists working in other fields around the world.

In addition, they have received queries from artistic organizations, including one in Hong Kong.

He said this was because they had managed to inject air below the vibrating water, and that such air went to the bottom of the container being used. By carefully targeting where the air was injected, they can also create shapes and even spell out words. So, there may well be some applications in artistic projects.

An underlying goal for the experiment, Fort said, is to inspire younger generations to become more interested in science by showing it can be fun. He also said that all too often, people think scientific experiments cost millions of dollars to perform.