Until the ban over security concerns, India accounted for 24 percent of all PUBG Mobile downloads across the world. 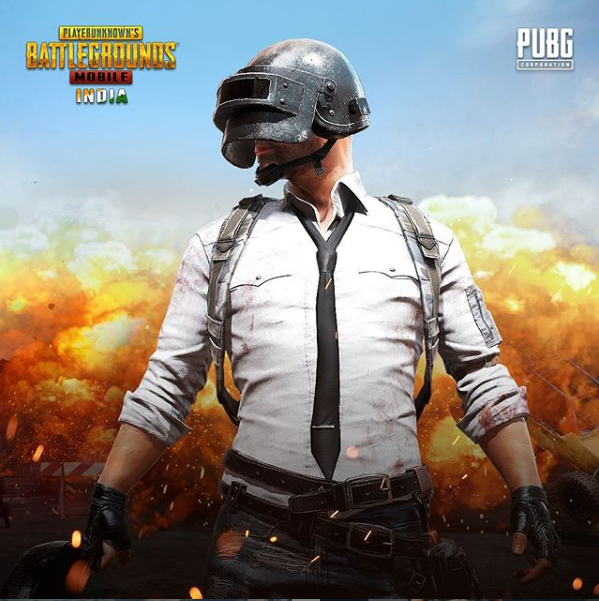 PUBG has launched an India-specific website and plans to return with a local data server, a $100 million investment and an exclusive mobile application Courtesy: PUBG

New Delhi — Widely popular gaming app PUBG is set to make a comeback in India, its biggest market, after the country banned it months ago because of security concerns.

On Sept. 8, PUBG, which had about 33 million active users in the country at the time of the ban, announced that it was breaking ties with Tencent.

Now, the gaming company has launched an India-specific website and plans to return with a local data server, a $100 million investment and an exclusive mobile application.

“With privacy and security of Indian player data being a top priority for PUBG Corporation, the company will conduct regular audits and verifications on the storage systems holding Indian users’ personally identifiable information to reinforce security and ensure that their data is safely managed,” the company said in a statement on Nov. 12.

“With its parent company Krafton Inc., PUBG Corporation plans to make investments worth $100 million in India to cultivate the local video game, esports, entertainment, and IT industries,” it stated.

PUBG, a subsidiary of South Korean video game company Bluehole, had started setting the stage early on. On Nov 7, Krafton announced it had teamed up with Microsoft Azure “to ensure that storage of personally identifiable information of its players follows all appropriate requirements in the territories where Krafton and its subsidiaries operate gaming services.” 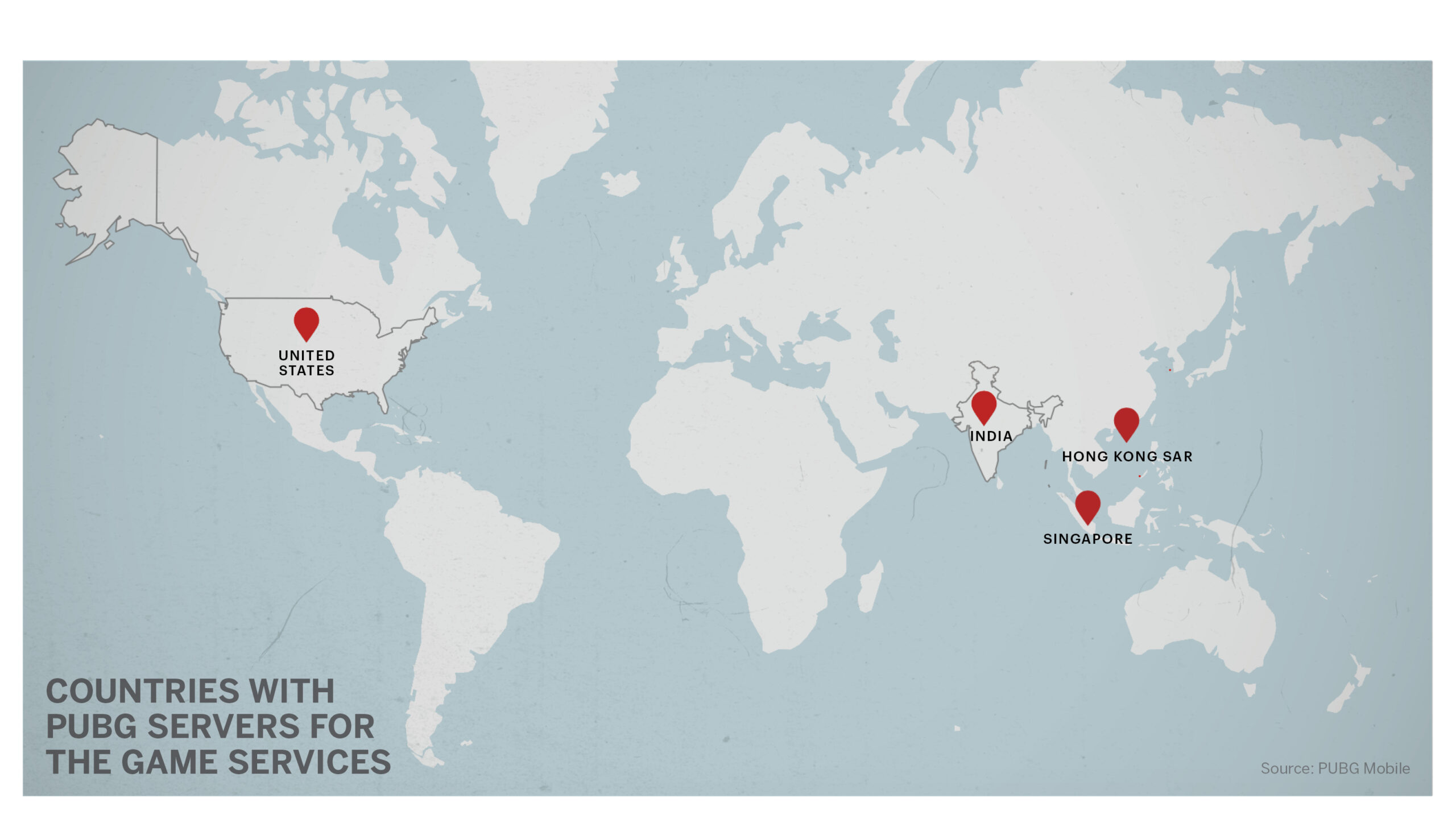 In its updated privacy policy shared on Nov 9, PUBG mentioned setting up separate data servers in the country for users located in India.

“Given the huge market in India, we were pretty hopeful of PUBG’s comeback within half a year,” said Samir Choubey, co-founder of Insidious Esports, the parent company of team IND that has represented India in several international PUBG championships.

“Now that the company has made changes proactively and announced a return in two months, we are more excited than ever,” Choubey said.

Popularly known as “Ind Kratos”, Choubey and his team of four others won the runner-up trophy in the PUBG Mobile Club Open Spring tournament in 2019.

“There has been a significant drop in revenue generation,” said Choubey. “All of our team’s players who have been streaming for over a year now reported a fall in subscribers both in their YouTube streaming channels and social media handles. We didn’t get enough streamers for the desktop games like Call of Duty and Valorant, as not many people are into PC or console gaming in India.”

“Over 500 players who had steady monthly earnings from PUBG, now make nothing since the game got banned in India,” said Abhishek Aggarwal, founder of Trinity Gaming.

Aggarwal’s esports company has delivered over 30 gaming campaigns since its inception in November last year.

“With its easy accessibility through the mobile gaming version, PUBG mobile had created a holistic gaming ecosystem in India,” he said. “Professional esports players also started earning a living from the game. After facing huge losses, many players took up other jobs.”

“Most of the esports competitions like those for Free Fire, Call of Duty Mobile, Valorant, and other gaming tournaments that took place in the last two months have failed to gather the exposure and revenue that PUBG used to,” said Gourab Das, co-founder of GamerGeist, an esports organization working on talent search, team management, esports event management, and community building.

“Many top streamers have shifted to alternative fun-engaged titles like Among Us, Fall Guys, and others. Though the streaming audience numbers have remained same more or less, everyone is waiting for a return of PUBG as it is more engaging and competitive.”

“The difference between the Indian version of PUBG from the global is only graphics or visual based,” said Adeeb Sayeed, an esport analyst who is also a professional player-turned-coach.  “These differences do not impact the gameplay. In fact, players from India can play on any server around the world with players playing from the global version. India having its own version of the game will have no impact on the competitive or esport side of things.” 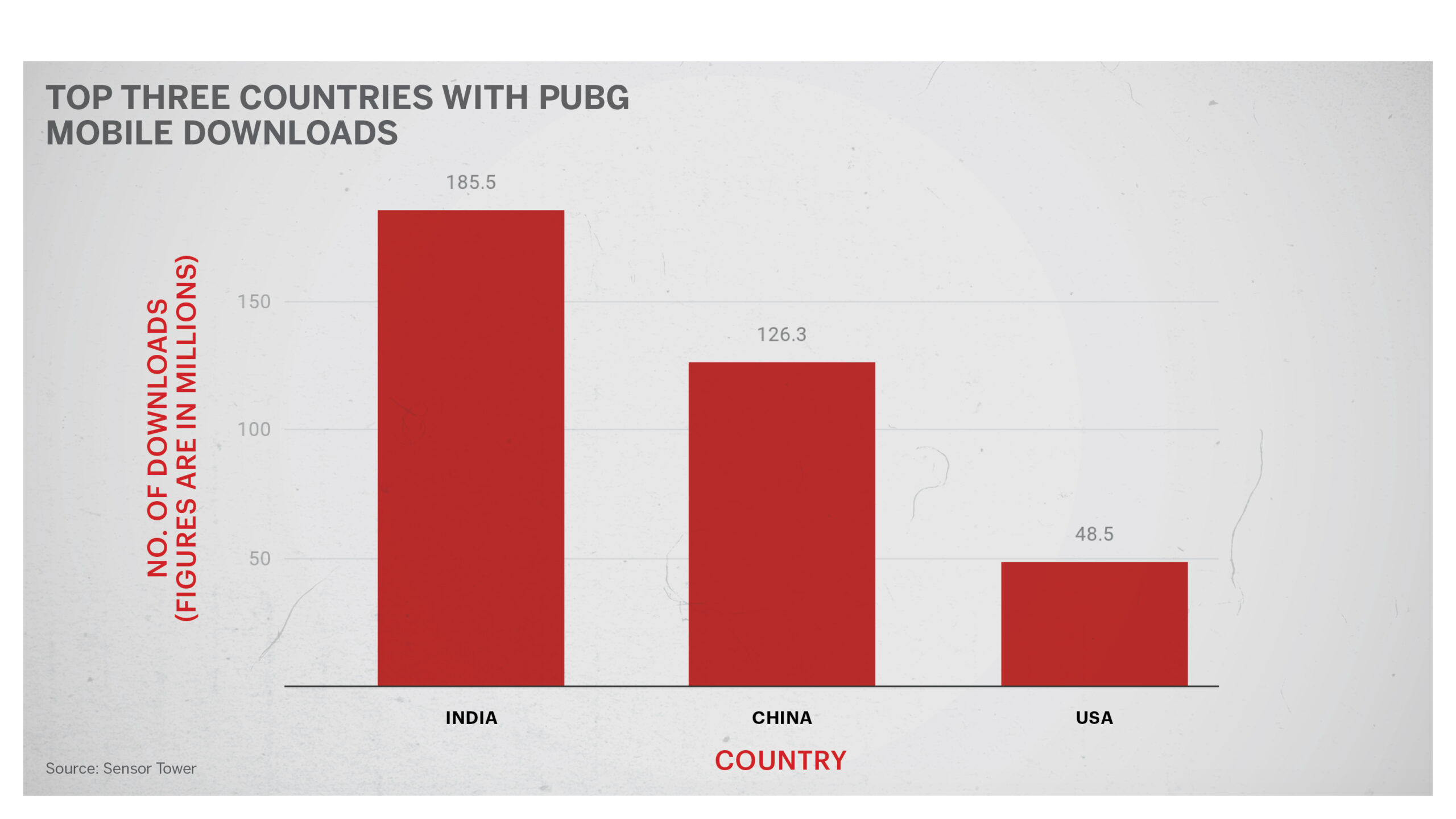 In its announcement, PUBG Corp. stated that the new version will be “customized for Indian gamers, such as the game now being set in a virtual simulation training ground, new characters automatically starting clothed, and green hit effects to reflect the virtual nature of the game.”

“We may likely see an increase in number of players of the game,” said Sayeed. “India is the largest market for PUBG mobile. We can expect to remain on top after the [lifting of the ban].”

PUBG acted as a catalyst to promote the esports market in India. Within two years of its launch, India accounted for 24 percent of PUBG Mobile’s global downloads. China follows with 16.7 percent, and the United States ranks third with 6.4 percent. In terms of player earnings in international PUBG tournaments, India ranks fourth ($254,334) followed by the U.S. ($254,040) and Russia ($122,332).

Following the ban in India, PUBG’s, Tencent saw a $34 billion dip in its market value and a fall of over 3 percent in its share price. PUBG Corp. removed franchise authorization from Tencent Games in India on Sept. 8.

In banning PUBG Mobile and several other apps in September, the Ministry of Electronics and Information Technology said the unauthorized compilation of user data by the apps was “a matter of very deep and immediate concern which requires emergency measures.”

The Indian government has not yet given the go-ahead to PUBG Mobile’s India version.

“PUBG has taken significant actions to comply with the Indian government’s demands, but the final decision rests with the ministry. It’s a wait and watch until then,” said Das, co-founder of GamerGeist.