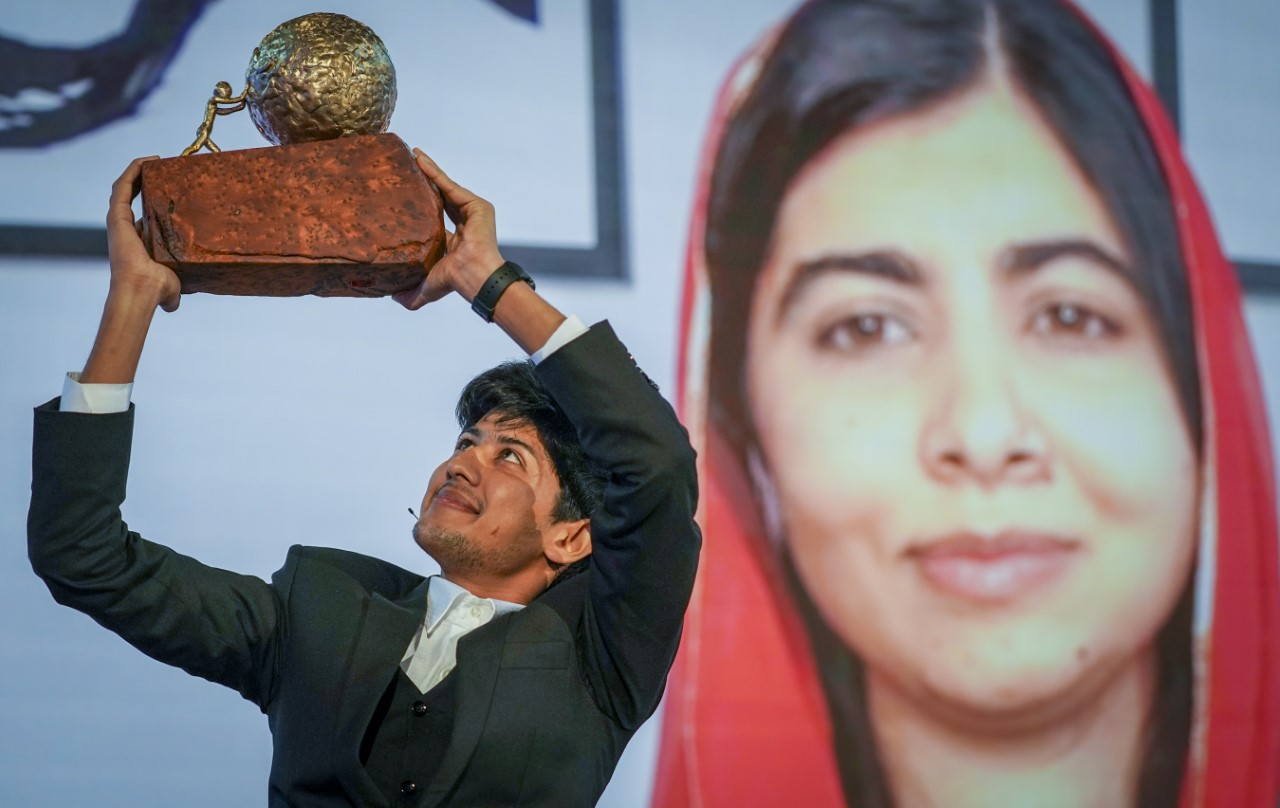 Kolkata, India — A 17-year-old from Bangladesh who was moved by the suicide of a 15-year-old girl last year due to cyberbullying, has been awarded an international peace prize for creating a mobile app to help combat bullying in his country.

“When I came across the news of the teenage girl who committed suicide, I started chalking out how to fight against cyberbullying and cyber criminals,” said Sadat Rahman, who lives in Nairal district in Bangladesh. “She was from a rural area, and it was seen the local police were not aware of the term ‘cyberbullying.’ There was fear among teenagers to approach the police. Lastly, the parents of the victims usually blame the child for using the internet.”

Deeply impacted by the girl’s suicide, the increasing cases of cyberbullying in his country, and the callous response of society toward such incidents, Rahman built a mobile application in 2019 called Cyber Teens to help youngsters in the fight against online bullying.

He was awarded the International Children’s Peace Prize by the Kids Rights Foundation, based in the Netherlands, on Nov. 13. Nobel Laureaute Malala Yousafzai presented him with the prize, which comes with $118,000 to invest in a project related to the winner’s work.

“I want to invest the entire money to expand the connectivity of Cyber Teens application,” Rahman said. “Several ministers from the country’s ruling party have contacted me, and we were planning to expand the application’s reach in the coming months. We will create short videos to make teenagers aware of the cyber crimes.” 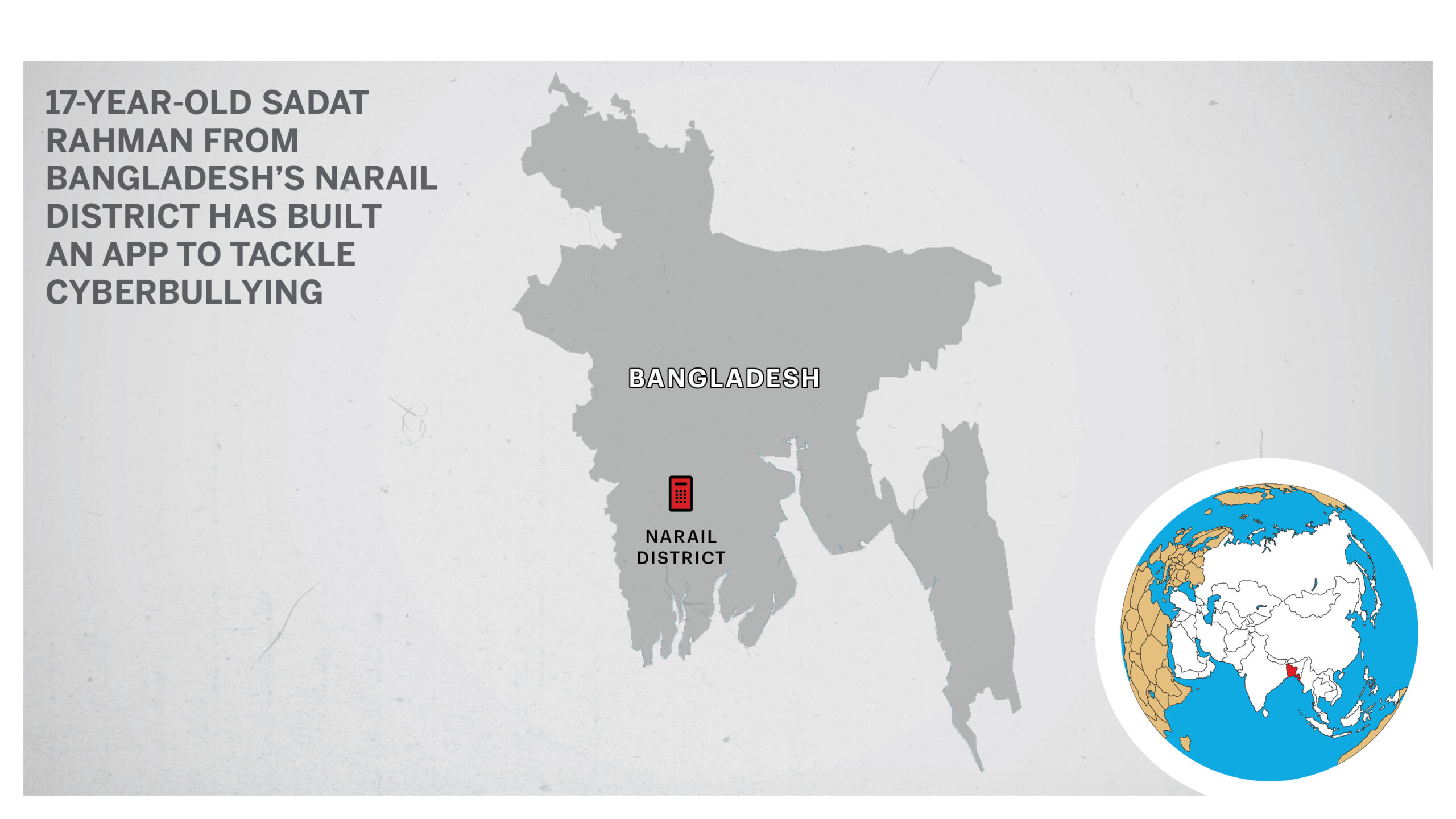 Rahman’s app allows young people, typically ages 13-19, to report cyberbullying confidentially through a network of volunteers and social workers. Victims can send a screenshot or call recordings to the organization, and the members can provide legal or technical support after analyzing the situation.

Further, there is no need for documentation from the victim to lodge a complaint, nor do they have to personally visit the police station. Rahman”s friends, who also work against cyberbullying, double as volunteers for the organization.

Cyber Teens acts as a bridge between victims and the police by giving teens in Bangladesh a platform to file official complaints against cyberbullying, which was not possible previously due to the social stigma around such incidents.  The app also educates teens about preventive measures in regard to bullying that should be taken while online.

Yousafzai, a Pakistani activist who was a co-recipient of the Nobel Peace Prize in 2014 for her efforts on behalf of children’s rights, called Rahman an inspiration.

“He is calling on young people all over the world to stop cyberbullying and help peers in their community who suffer from mental and emotional violence,” she said.

The app has had a good response so far. Around 2,000 teenagers are using it, and the numbers are increasing.

“We approached the local police station and asked for help. We also requested them to keep the identity of the victims anonymous,” Rahman said. “Slowly, the complaints started to come in through the application. If the harassment continues for several days, our group of volunteers takes the initiative for the complaints to the police. In other cases, we try to solve the issue through counseling and advice.”

More than 250 teenage cyberbullying victims have been helped and supported through online advice and technical support, and eight cyber criminals have been arrested since the app’s launch and with the help of local police. 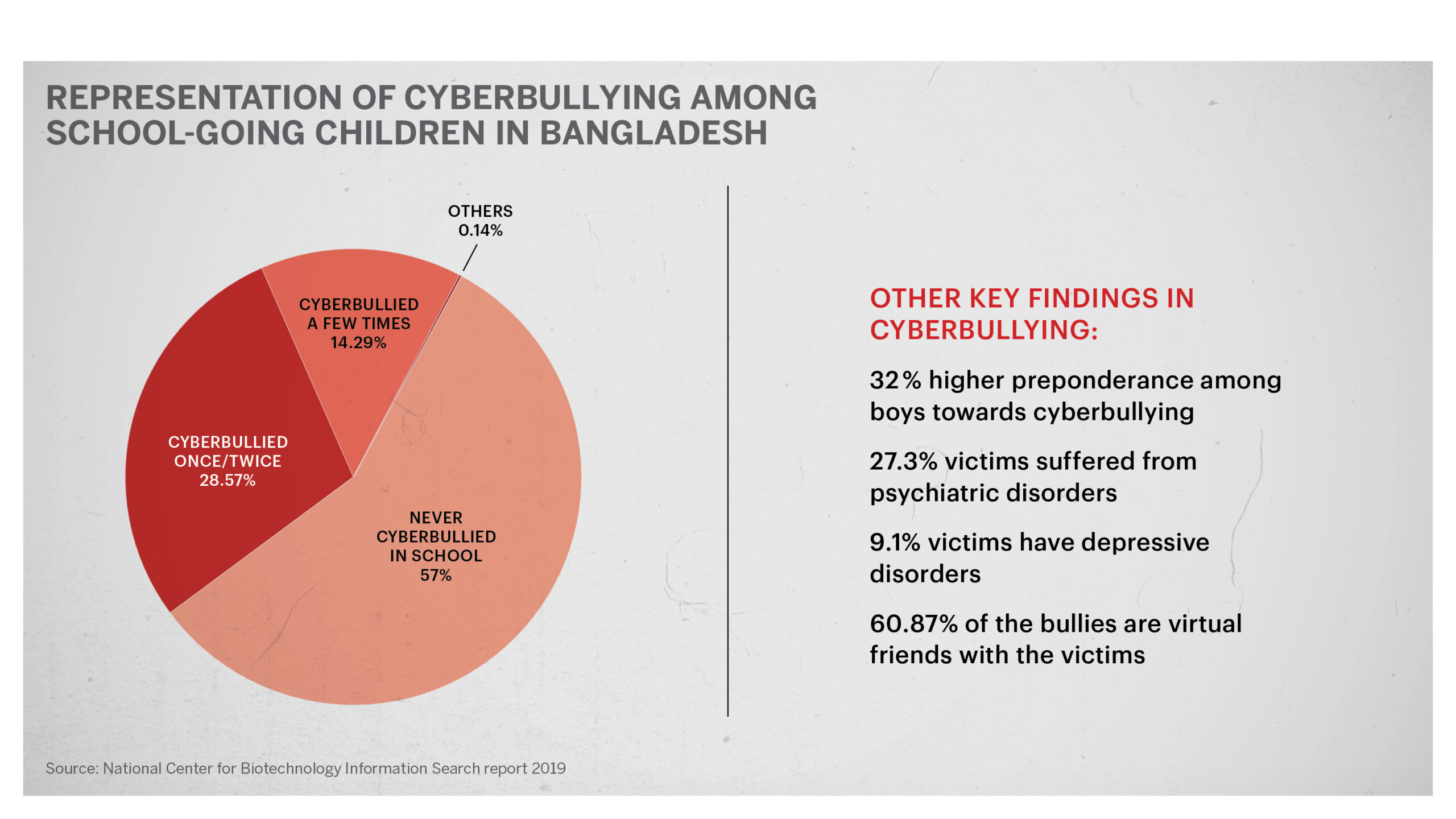 “We started to act without any first information report or officially lodged complaints,” said Mohammad Joshim Uddin, superintendent at the Nairal police station. “I personally felt these issues should be stopped in our nation and hence supported Rahman throughout. After arresting, we investigate about the issue. If the alleged is found guilty, we take necessary steps to punish the offender.”

Uddin said the initiative is spreading rapidly in Bangladesh. In addition to local police participating in tackling cyberbullying, many schools have started to implement preventive measures related to inappropriate online activity.

“We go to the nearby schools and circulate information about the application. A lot of complaints have been lodged from these schools where Sadat or I have personally attended the matters,” he said. “The parents of the victim, too, do not fear the social stigma as the entire process is done confidentially.”

Rahman recalled a recent incident in which another girl committed suicide due to cyberbullying.

“In Bangladesh today, 49 percent of the teenagers face cyberbullying. The suicide rate is also increasing daily,” Rahman said. “The fight is like a war, and if I get support from the world, then together, we will win this battle.”

Rahman has been promised support from international organizations, including Europol, the European Union’s law enforcement agency, and from the Netherlands, Germany, and Sweden, which want to replicate the app for use in their countries.

A study by the U.S. National Center for Biotechnology Information found that most victims of cyberbullying in this particular study, a school sample, were between 14 and 17 years old. Cyberbullying among these victims was about 32 percent higher among boys. The report states that 27.3 percent of these victims suffered from various psychiatric disorders, and 9.1 percent had major depressive disorder. About 61 percent of the bullies in this study were virtual friends with the victims.