21 people were arrested and 300 animals discovered in the operation. 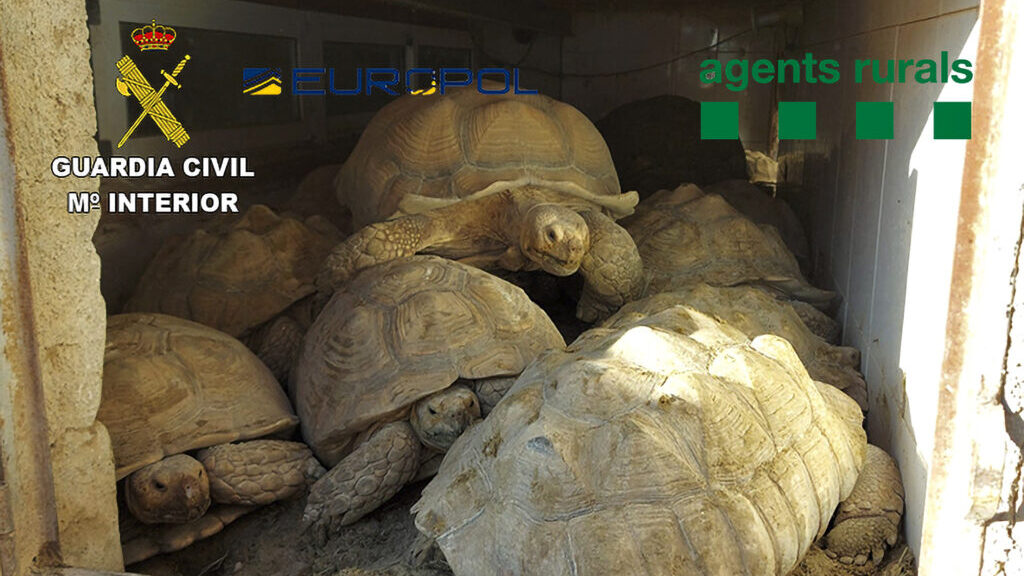 Spain— — Spanish authorities have dismantled two criminal organizations and arrested 21 people, including a British national, for the illegal trafficking of exotic animals.

Several busts were conducted across the country, including in Murcia, A Coruna, Gran Canaria, Madrid, Barcelona and Girona, the Spanish Civil Guard announced on Nov. 11.

The investigation resulted in the discovery of 300 animals of different species, some of which were found dead, with an estimated value of $944,000. Among the animals were several huge tortoises valued at $35,000 each.

The exotic animals came from various places, such as Mexico, the Amazon, Africa, Australia and the Middle East. They were then illegally smuggled into Europe for breeding or trading purposes by a group acting as “mules,” who hid the animals or their eggs in suitcases and transported them through airports and other ports. Additionally, a network of veterinarians falsified documentation necessary for the registration of specimens of wildlife in the European Union.

“There were two modus operandi. First of all, they got the original documentation and falsified it in order to justify the extraction from the origin countries of species that are not allowed to be transported,” Ana Prieto, a spokesperson of the Spanish Civil Guard’s Nature Protection Service, told Zenger News.

The operation was carried out in coordination with Europol and the Flora and Fauna Support Group of the Corps of Rural Agents of Catalonia. The suspects are facing charges for animal trafficking, crimes against flora and fauna, faking documentation and belonging to a criminal gang.

Law enforcement officials in Spain have been cracking down on the possession of exotic animals and illegal fossils in recent months. Agents of the National Police and the Tax Agency seized over 4,000 illegal fossils worth $176,000 from smugglers earlier this year. Hidden among them were several live animals protected by the Convention for the Control of International Trade of Protected Species.