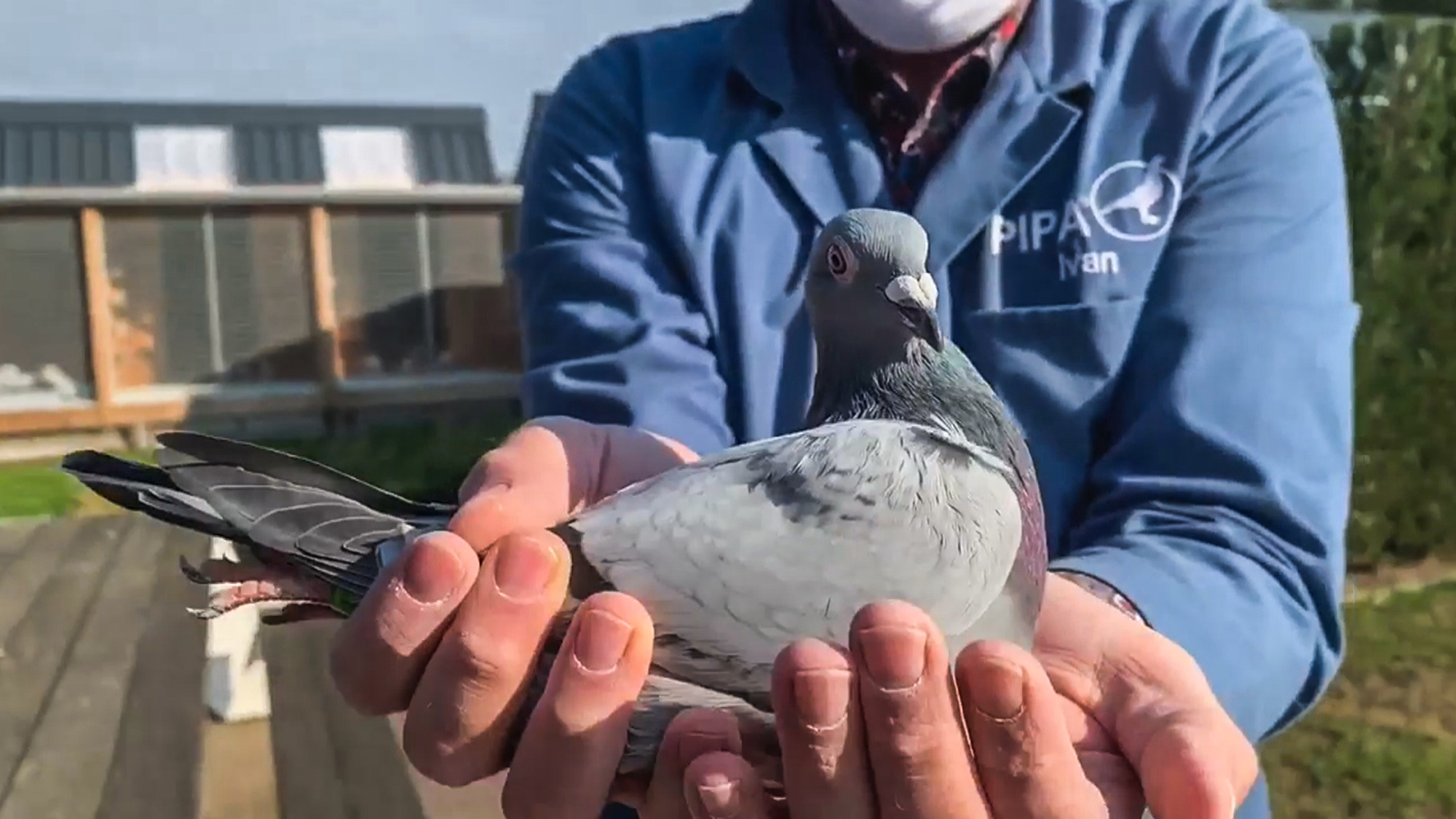 The barely 2 year old pigeon 'New Kim' that was born in Berlaar is the most expensive pigeon of all time. (PIPA/Newsflash)

ANTWERP, Belgium—Pigeon racing is popular in many parts of the world, and the Racing Homer is bred specifically for the sport.

The main attraction was champion pigeon New Kim, notable for winning the 1st National Ace Pigeon KBDB 2018 race. The star’s racing days are over — and she it is now valued for breeding purposes.

Prior to the auction, New Kim was owned by Van De Wouwer and his son, Kurt.

Hens are fertile for around 10 years, meaning New Kim has eight years left, and can give birth to between 10 and 14 offspring a year.

At the end of the auction, the battle was between Chinese billionaire Dr. Guo Weicheng, who bid under the pseudonym “Hitman” and “Super Duper,” presumably an alias for Chinese Xing Wei, the owner of the Kaier Industrial Group.

The wealthy pigeon fanciers increased the price repeatedly between 10.30 a.m. and 11 a.m. by continuously bidding against each other.

To date, the auction names Super Duper as the winner, possibly because he was the first to transfer the mandatory 20% deposit.

The final sale price broke the previous record of $1.49 million in 2019 for Armando, a bird dubbed the Lewis Hamilton of the sport. On that occasion, another Belgian breeder sold the pigeon to a Chinese construction tycoon.

Despite pigeon racing’s growing popularity, especially in Asia, it has not been without incident.

“Racing pigeons can be worth thousands of dollars, but some that are kidnapped are sold off to unscrupulous fanciers for as little as $14,” noted a 2019 report about the sport. “It’s a nefarious side effect of the hobby’s swelling popularity in the Philippines, where there are now at least 300 clubs with thousands of members.”