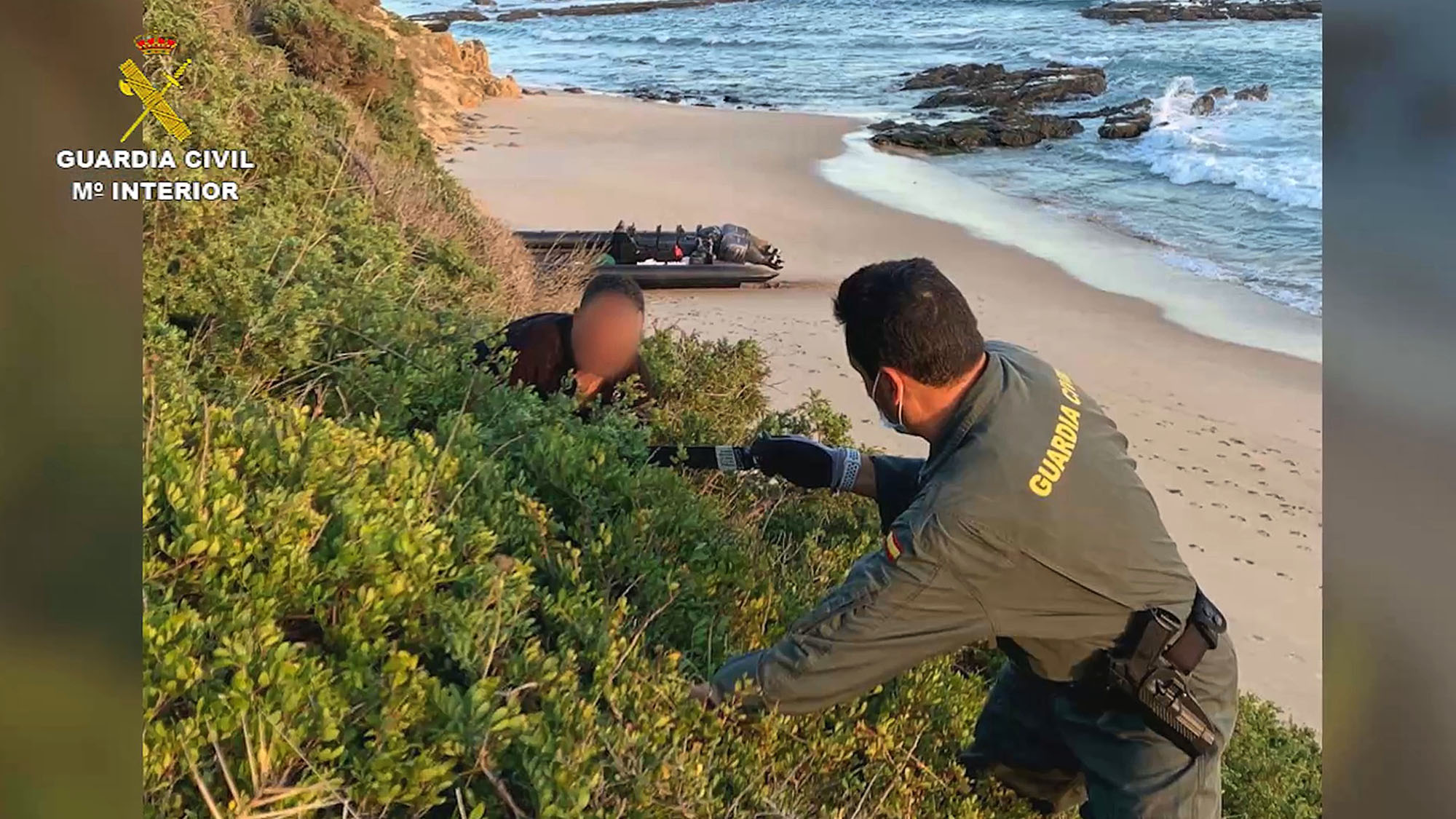 TARIFA, Spain— A high-speed chase between a police helicopter and a speedboat believed to be involved in drug trafficking ended on a Spanish beach.

One suspect was arrested and two others made their escape.

The crew of a Maritime Rescue Service helicopter reportedly spotted a suspicious speedboat carrying a set of white fuel cans off the coast of Tarifa, in the Spanish province of Cadiz, on Nov. 15.

The boat in question was a semi-rigid speedboat with two engines, commonly used to refuel other boats carrying drugs, the Spanish Civil Guard explained in a press statement. The idea is to ensure the drug-carrying boats don’t approach the coast to get more fuel, thereby avoiding detection.

When the helicopter crew decided to pursue the boat, the watercraft raced toward the shore to escape scrutiny.

After beaching the boat, three people attempted to flee.

One of the suspects was arrested while trying to hide among the bushes near the seashore. He has been charged with drug trafficking and resisting arrest, the press statement reported. The man, whose name has not been disclosed, was of Moroccan nationality, said police.

The whereabouts of the other two persons seen aren’t known. The boat and the fuel tanks have been seized by the Spanish Civil Guard and sent to the judicial authorities. The investigation is proceeding.

The Spanish government is engaged in an ongoing drug war.

In October, Catalan police, Barcelona’s police and the Spanish National Police participated in a joint operation resulting in the arrest of 61 people for alleged drug trafficking. Police raids found 14 lbs. of drugs with an estimated street value of $652,000.