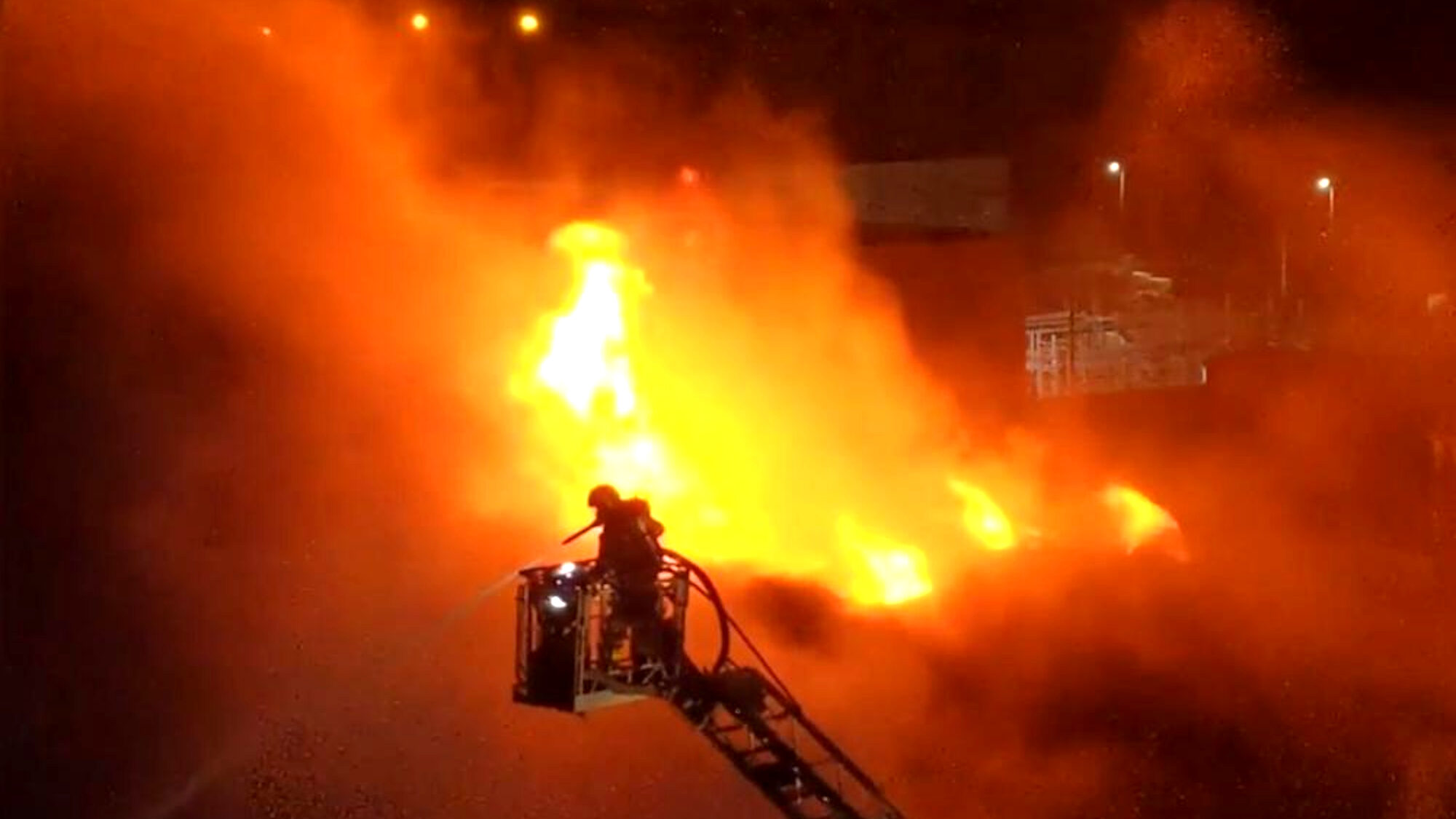 A massive fire has engulfed a warehouse near the capital of Ireland. (Clipzilla)

TALLAGHT, Ireland– Firefighters worked for several hours to put down a massive blaze at a warehouse near Dublin, Ireland.

The fire broke out on Nov. 15 in Tallaght, a southwest suburb of the Irish capital.

The cause of the blaze is not yet known, and the name or names of the building’s business tenants have not yet been released.

Video released by the Dublin Fire Brigade shows a fireman in an aerial platform using a high-power hose to tackle the flames coming out of the roof of a two-story industrial building.

Eight brigade units and aerial support were sent to the scene, and they had their hands full not only with the fire itself, but also with strong winds and the presence of gas cylinders that had to be moved to prevent explosions.

Nearby buildings were evacuated, while those living a bit further away were asked by authorities to keep their windows and doors closed to prevent heavy smoke from getting in. No injuries were reported.

The leading causes of warehouse and industrial fires are arson and failures of electrical distribution and/or lighting equipment, according to the U.S.-based National Fire Protection Association.