Torembi is now independent and can live separately from his mother.
By Pol Fernandez November 18, 2020
Facebook
Twitter
Linkedin
Email 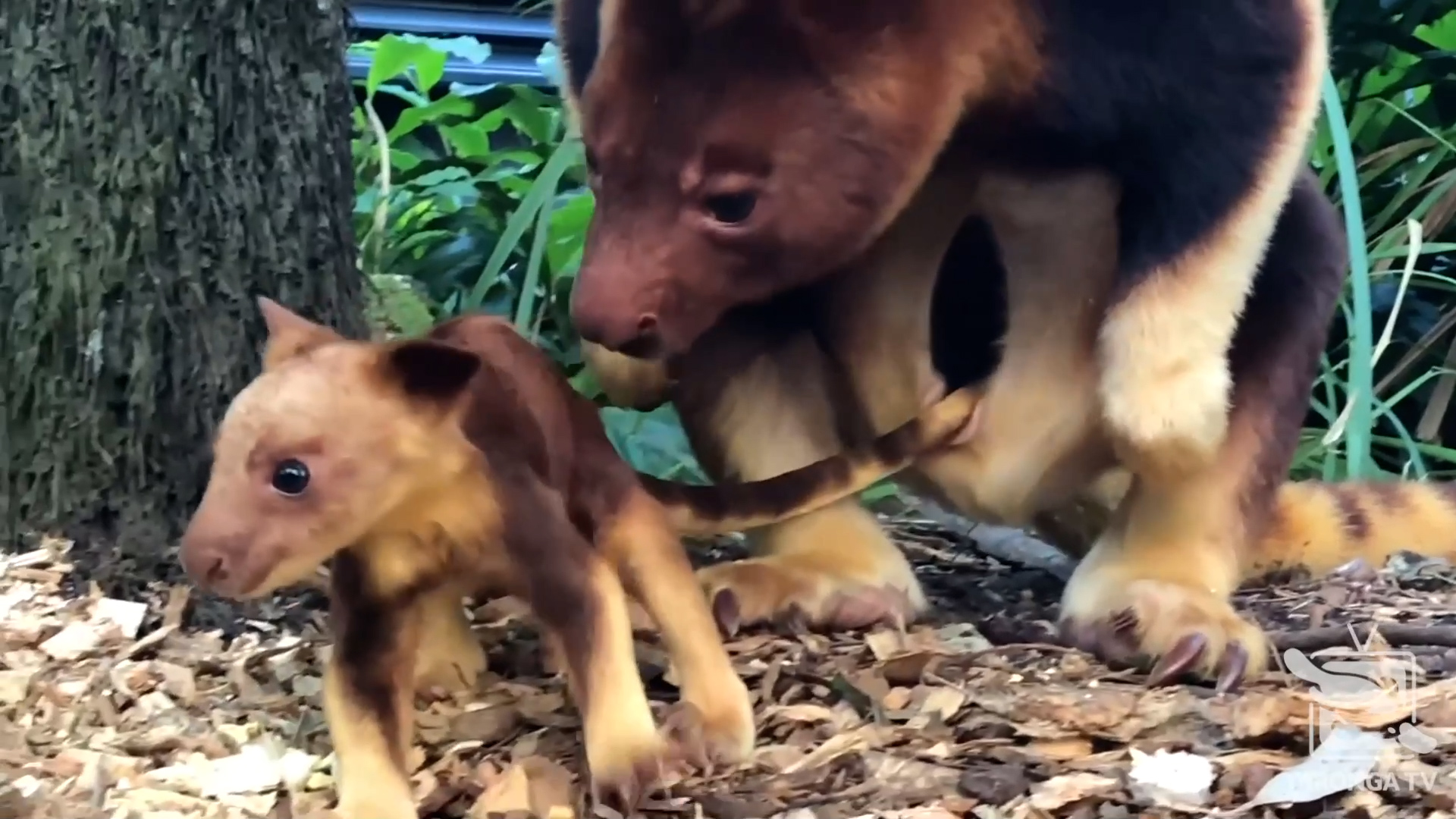 The Taronga Zoo in Sydney, Australia, shared a “throw back” video on social media on Nov. 15, which shows the moment the endangered joey hopped out of the pouch and learned to walk in April 2018.

“Things were getting a little cramped in Mum’s pouch, so it was time to venture out!” the zoo said on Facebook. “Hopping for the first time is no walk in the park, but he quickly got the hang of it!”

The joey, a male named Torembi, was born to mother Kwikila in September 2017 and recently celebrated his third birthday. His arrival raised the number of Goodfellow Tree Kangaroos at the zoo to four and the worldwide breeding conservation program to 52.

“This is the second Tree Kangaroo joey born at Taronga Zoo Sydney in 24 years, which is wonderful news,” a keeper at the zoo said at the time.

Torembi has since grown independent enough to live separately from his mother, who had previously given birth to one other joey. He now spends his days navigating the tree tops at the facility and taking naps.

Goodfellow Tree Kangaroos, which are native to Papua New Guinea and Indonesia, are listed as “Endangered” on the IUCN Red List due to habitat loss and encroaching human activity. The global population has suffered a decline of at least 50% over the past three generations.

The species sports a short fur coat that ranges from chestnut brown to crimson, as well as gold stripes on the back and yellow rings and blotches on the tail. They are strong jumpers and can soar from tree to tree after climbing their way up.

Like other marsupials, joeys are born underdeveloped and spend approximately nine to 10 months living in their mothers’ pouches until they finish developing.