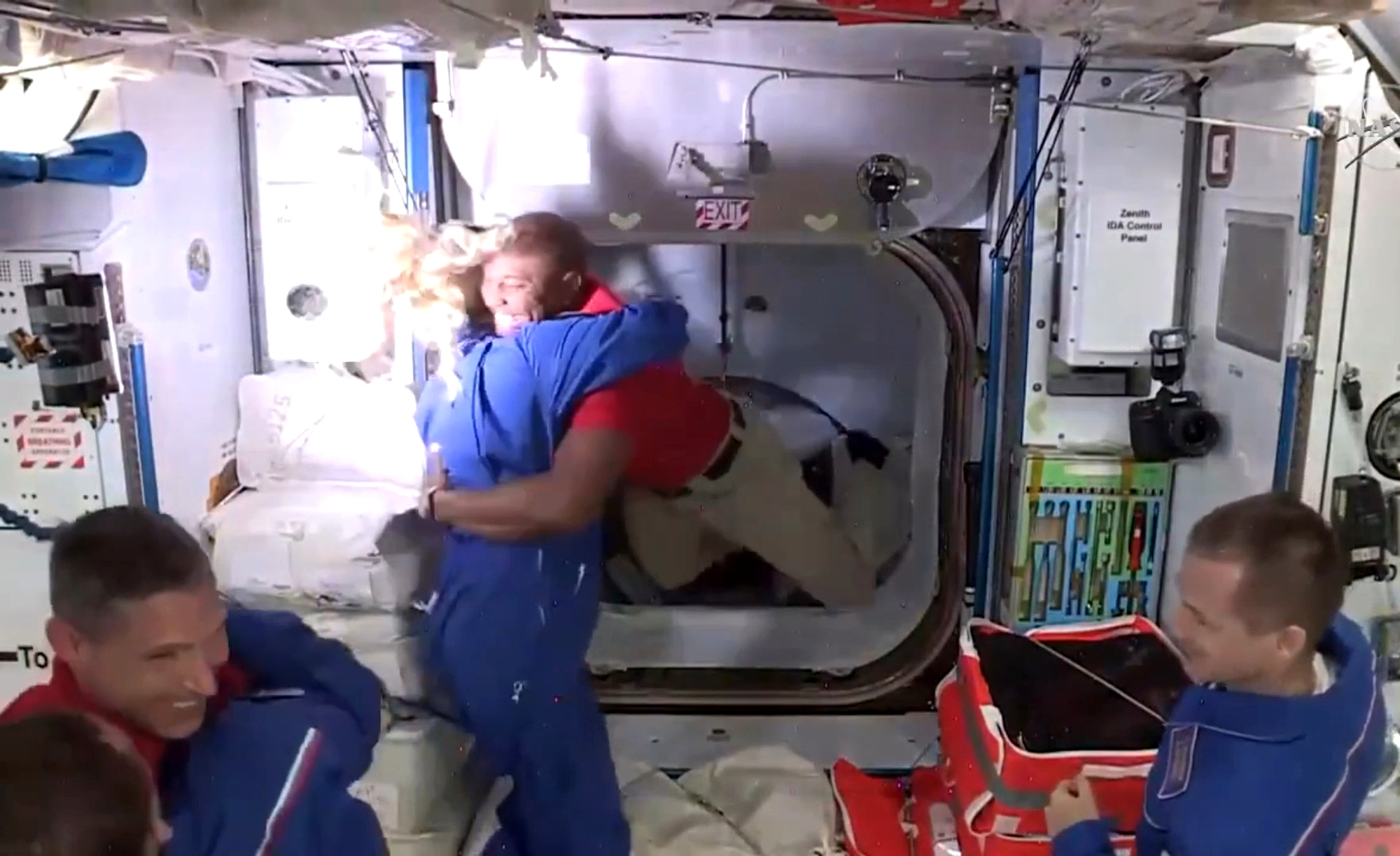 The ISS astronauts give a wam welcome to the new arrivals from the SpaceX Resilience Capsule. (Clipzilla)

INTERNATIONAL SPACE STATION– A new, four-person crew has made its way to the International Space Station (ISS) aboard SpaceX’s “Resilience” capsule.

The rendezvous took place at just after 11 p.m. on Nov. 16 and marked the first time a full crew was ferried to the station by a commercial enterprise. (A SpaceX test mission in May took two NASA astronauts there for a brief stay.)

The “Resilience” arrived at the ISS with NASA astronauts Michael Hopkins, Shannon Walker and Victor Glover, as well as Soichi Noguchi of JAXA, Japan’s space agency. A video posted by NASA starts by showing two astronauts already on board (Sergey Ryzhikov and Kate Rubins) floating in low gravity, as they wait for the new arrivals. One of the arrivals added an element of levity to the event by presenting a Yoda teddy to the station’s existing crew.

Hopkins is the first crew member from SpaceX’s Resilience capsule to enter with a big smile on his face. He is welcomed with ecstatic smiles and space hugs, quickly followed by similar grating for the others. As the video continues, Noguchi enters carrying the little teddy Yoda.

The four recent arrivals are slated to stay for a six-month science mission on the ISS, which has been continuously occupied since November 2000. Orbiting at a height of 248 miles (400 kilometers) above Earth, the station can host international crews of up to six people, who live and work while traveling at a speed of five miles per second, orbiting Earth about every 90 minutes.

The SpaceX capsule is just one of several space-related endeavors being undertaken by founder Elon Musk‘s commercial space venture. As reported recently on Zenger News, SpaceX is also launching a series of satellites designed to create a global broadband network dubbed Starlink.