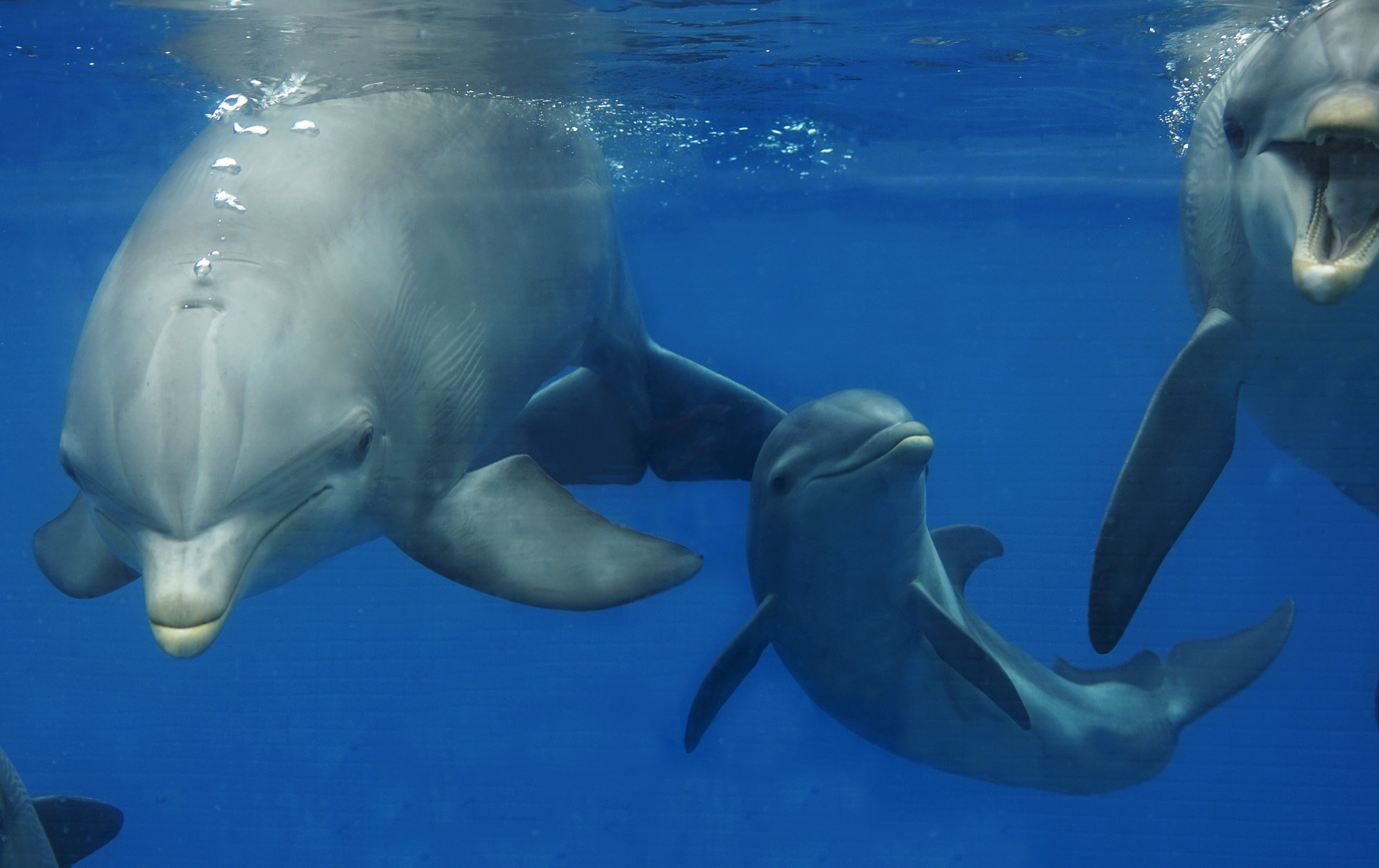 A Spanish aquarium has released footage of the birth and first minutes of life for a baby dolphin named Kai.

Though Kai was born on May 31, the aquarium didn’t release the footage until earlier this week.

The baby’s mom is Virkin, and this was her first pregnancy. As a result, the bottlenose dolphin (Tursiops truncatus) was closely monitored throughout her 12-month gestation period to make sure that everything went smoothly, Adrian Gonzalez, her keeper at the Oceanografic aquarium in Valencia, told Zenger News.

That included taking urine samples on a regular basis, checking her temperature daily, and, toward the end of her pregnancy, measuring the distance between her mammary glands, which indicates how close she is to going into labor.

Kai’s father, a 25-to-30-year-old dolphin named Lazo, was set up with Virkin, then 13, to avoid inbreeding, as he is the only male in the dolphin herd not related to her, the keeper told Zenger. The two were separated from the others to help smooth the mating process.

The cub was named Kai by the staff after the Hawaiian word for “ocean” or “sea.”

“In the natural habitat and zoos, there are common problems during birth, as the cubs need to go out from the water to breathe and sometimes they do not have time to take that first breath and drown,” Gonzalez said.

However, in this case, everything went well.

Another plus occurred for the newborn on the first day the mother and son were alone in the aquarium’s dolphin pool, when they were joined by an experienced dolphin mother named Eli.

“That meant she could serve as grandmother to the baby or a midwife of sorts to Virkin, helping her in the first days,” Gonzalez said, explaining that Eli and Virkin have gotten along for years.

After the birth, the dolphins and the cub eventually joined other members of the herd, which consists of seven males and 10 females.

Kai, whose name was selected through a raffle among the names chosen by the keepers, is “ahead in the learning process from the rest of the offspring that have been here,” Gonzalez said.

The cub could breastfeed for two years, but according to Gonzalez, Kai “loves eating fish, so we believe he could leave the milk for solid food much sooner than others.”

“He is also very close to trainers, he interacts a lot, plays a lot and it is ahead in the learning process,” he added.

Bottlenose dolphins such as Kai and Virkin can be quite large, reaching weights of up to 1,400 pounds (roughly 640 kilograms) and lengths of 12.5 feet (about 4 meters).

The species is classified as “vulnerable” on the IUCN Red List of Threatened Species, due to such factors as incursions on its aquatic habitats.