India Meets Only 29 Percent of Key Policies For TB: Report

The country has more than a quarter of the world’s 10 million cases of tuberculosis. 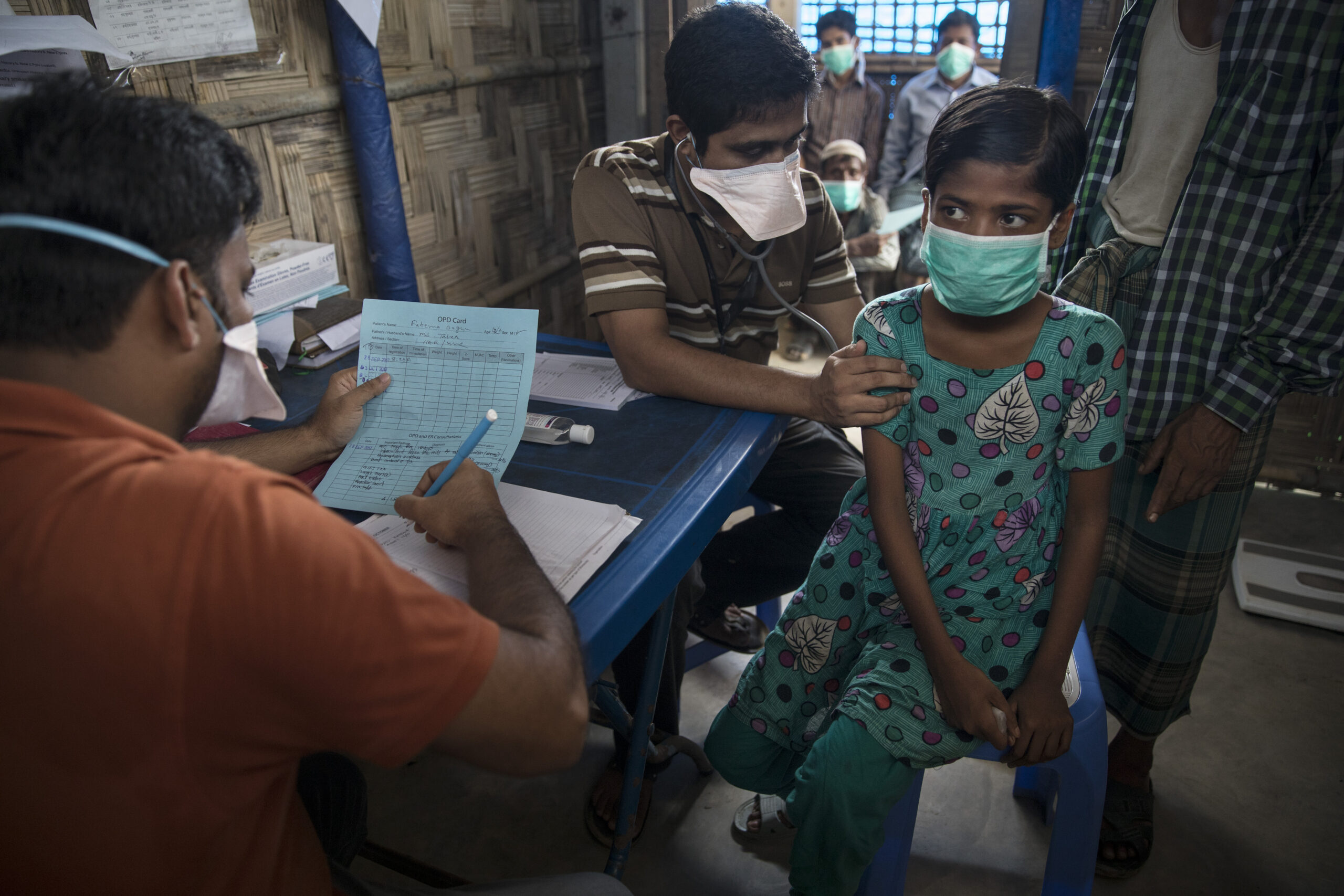 Mumbai — India meets only 29 percent of the internationally recommended key policies for tuberculosis, a new report by Médecins Sans Frontières and the Stop TB Partnership states.

Of the 10 million tuberculosis cases globally, India has 27 percent. The disease is curable and preventable.

The report, released on Nov. 16, assessed policy implementation in 37 high-burden countries. It states that India fully meets only four out of the 14 policies for diagnosis, treatment models, prevention, and procurement of medicines.

India’s neighbor Pakistan met 31 percent of the policies; for Bangladesh the number was 46 percent. Among countries with better scores were Thailand (82 percent), South Africa (79 percent) and Zimbabwe (92 percent). Vietnam was among the lowest, at 8 percent.

“Many high-burden countries have yet to introduce much-needed policy reforms,” the report states. It also said that countries have only two years left to meet the targets set at the first UN High-Level Meeting on Tuberculosis.

“This is still achievable if policies are rapidly updated and implemented at scale,” the report states. “To deliver change, countries must now step up and ensure full policy alignment with World Health Organization guidelines by the next World TB Day, 24 March 2021.”

“In India, one of the main barriers for patients is access to Drug Susceptibility Testing (DST),” said Leena Menghaney, South Asia head of MSF’s Access Campaign. “These tests are important to know drugs that are working on a patient and the drugs that are not working. In cities like Mumbai, universal DST is still widely available. But in remote areas, it is extremely difficult to access the test.” 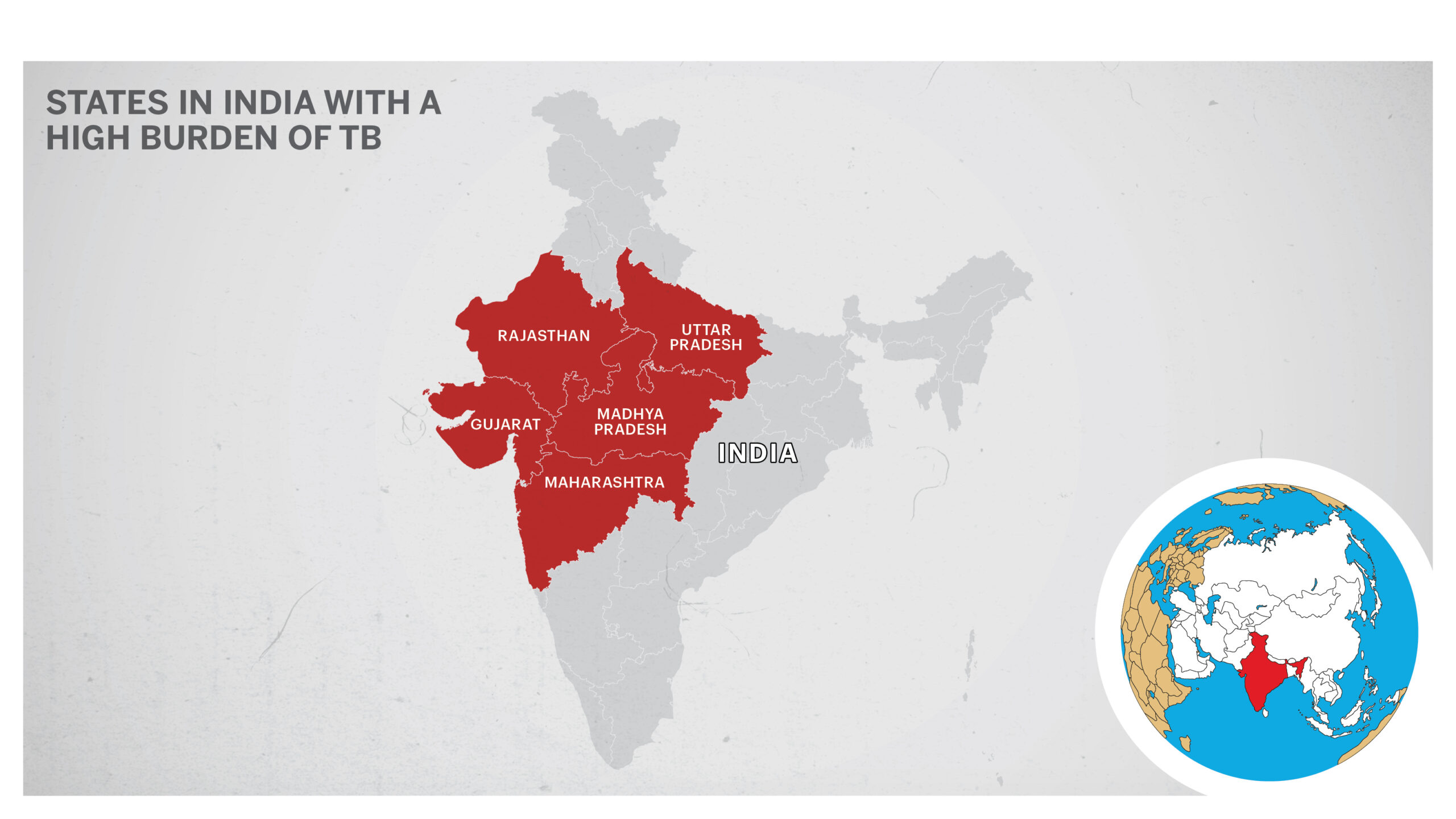 India also has a very high burden of drug-resistant TB cases. The treatment for drug-resistant TB lasts 18 months. The World Health Organization has recommended that countries move away from injectable TB medicines and shift to an all-oral TB regimen.

“Due to the pandemic, WHO again emphasized this so that patients don’t have to step out of their homes to go to the treatment providers for the injections. Yet, patients in India continue to struggle to access an all-oral regimen,” said Menghaney.

For the past several years, activists and TB survivors in India have been pushing for an oral drug regimen and wider access to the newer TB drugs like bedaquiline and delamanid, developed after a gap of nearly 50 years. The 2020 WHO guidelines support the “safe use of bedaquiline for more than 6 months and the combined use of bedaquiline with delamanid.”

“The newer drugs are still under patents, and many patients in India who are in need of these drugs can’t access them,” said TB survivor and activist Ganesh Acharya. “The WHO has listed these drugs as frontline drugs for drug-resistant TB, but India’s treatment guidelines are yet to be updated. The delay in access only worsens the recovery process of patients, many of whom become resistant to more drugs as they fail to get the right medicines to fight the disease.”

Meera Yadav, a 30-year-old TB survivor who received a combination of bedaquiline and delamanid for 24 months, said that both drugs played a crucial role in her recovery.

“My sputum tested negative only after I was initiated on these two drugs,” said Yadav, who was first diagnosed with TB in 2013. Her disease went to the extensively drug-resistant (XDR) stage over the years. In April 2016, one of her lungs was removed due to the spread of infection.

“I was lucky to have received the combination of these two drugs, but there are so many patients who continue to suffer,” said Yadav, who has been free of TB since April 2018. 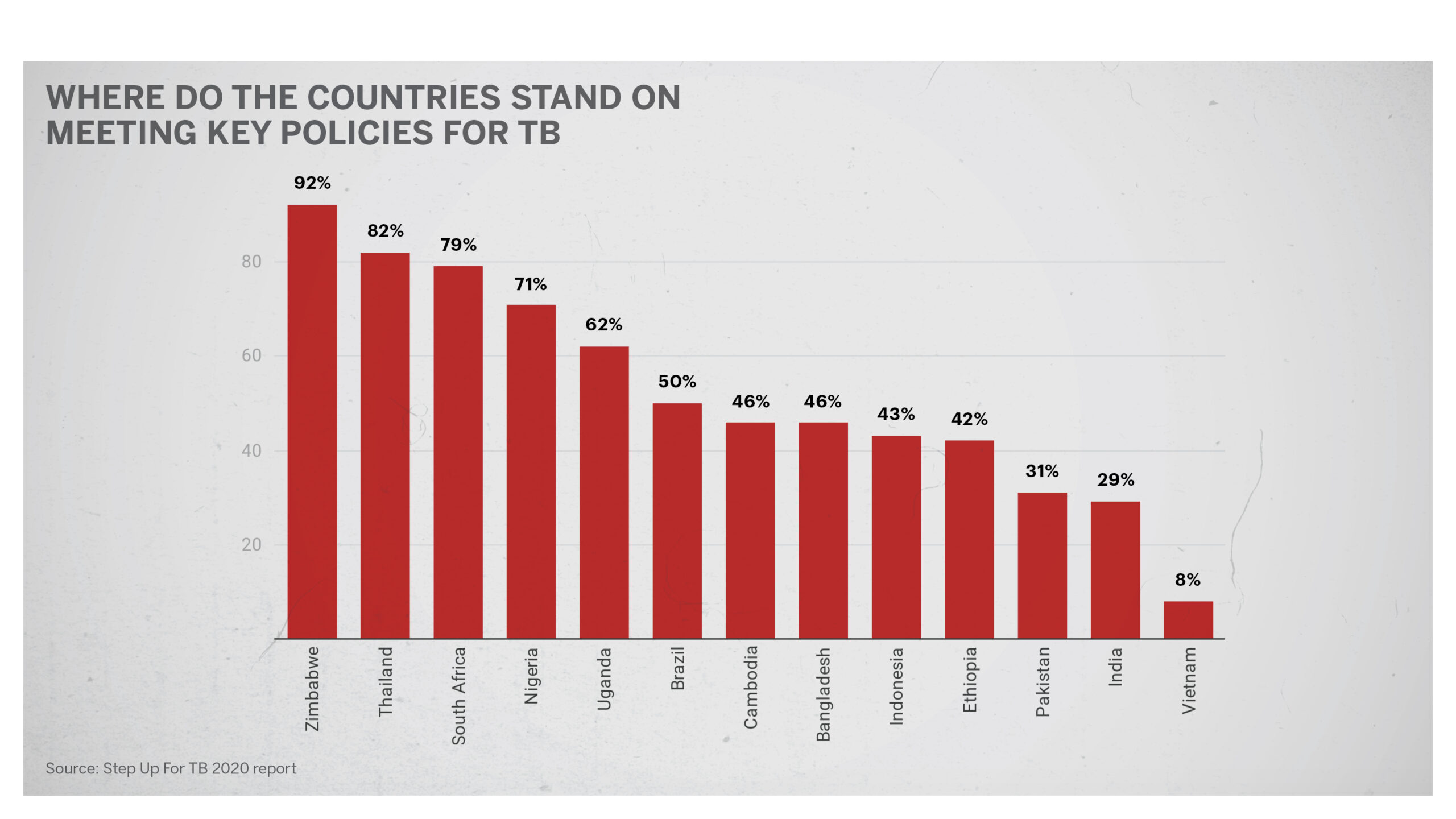 On the positive side, India has put great emphasis on contact tracing of children who live with TB patients by putting them on preventive medication. “This is one of the initiatives that India has taken on at a very fast pace, which is a good sign,” said Menghaney.

The report listed India in the “green” category in terms of starting non-injectable treatments for children with uncomplicated drug-resistant TB; investigating household contacts of TB patients; and allowing preventive TB treatment for people who are HIV-positive. While the green category stands for full compliance, the report states that the country partially met a few other policies.

“India has definitely paced up on active case finding since the past two years, and the private sector has been involved in this initiative,” said Acharya. “Active case finding is crucial to curb the spread of infection and initiate timely treatment so that patients do not develop drug resistance. But India is behind when it comes to tackling latent TB infection. We should scale up TB preventive treatment for people living with HIV as well as contacts of TB patients.”

The impact of Covid-19 on TB has yet to be assessed, authorities say. TB programs were widely affected due to the pandemic and the lockdown, and notification of cases dropped drastically. Many believe that mask-wearing and physical distancing required during the pandemic will have a positive impact in the battle against TB.