Artistic figure will visit 70 European cities to tell a story of shared humanity. 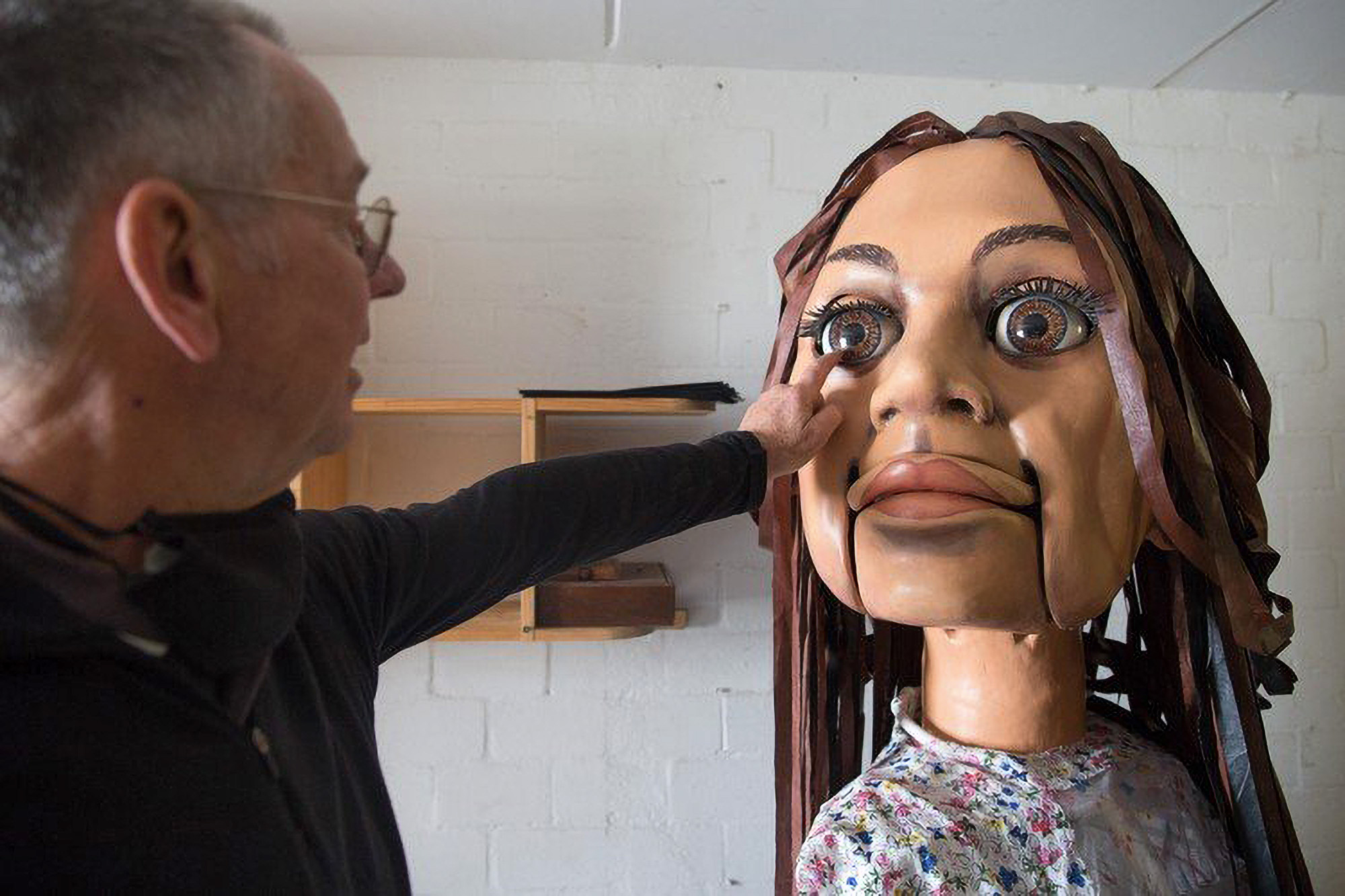 A nearly 12-foot-tall puppet doll is scheduled to embark on a 5,000-mile journey from the Syria-Turkey border to the U.K. to highlight the problems facing young refugees.

Little Amal, created by the Handspring Puppet Company in Cape Town, South Africa, symbolizes a Syrian child refugee. Her genesis began in 2015 in the play “The Jungle,” which was performed in the Calais, France, refugee camp for children by the London-based Good Chance Theatre.

She begins her travels next year to highlight the refugee crisis and the perilous journey many take to secure freedom. En route, Little Amal will stop at several festivals and 70 cities across Europe before concluding her journey at the Manchester International Festival in July.

Little Amal is part of The Walk, a traveling arts festival to support refugees, under the direction of Amir Nizar Zuabi, founder-artistic director of the ShiberHur Theater Company in Brussels.

“At this time of unprecedented global change, The Walk is an artistic response: a cultural odyssey transcending borders, politics and language to tell a new story of shared humanity — and to ensure the world doesn’t forget the millions of displaced children, each with their own story,” according to Good Chance Theatre.

Puppet designer Adrian Kohler said Little Amal is different from other large models and puppets they have constructed. Her eyes are operated by a joystick, while her other movements, including of mouth and limbs, are mechanical, he said.

A team of six made the puppet at the company’s workshop from carbon fiber and other materials for its hair and clothes. Little Amal reportedly weighs 66 pounds and is operated by four puppeteers at a time.

An operator on stilts inside the puppet manages its walking, facial expressions and head movements, while two on the ground control its limbs. A fourth member provides additional support.

The company has made three models of Little Amal in case of damage.

Handspring also created the puppet for the play “War Horse,” performed in the U.S. and U.K. and based on an acclaimed children’s novel.