As Renewable Energy Grows, Some Ask if Oil Has Reached Its Peak 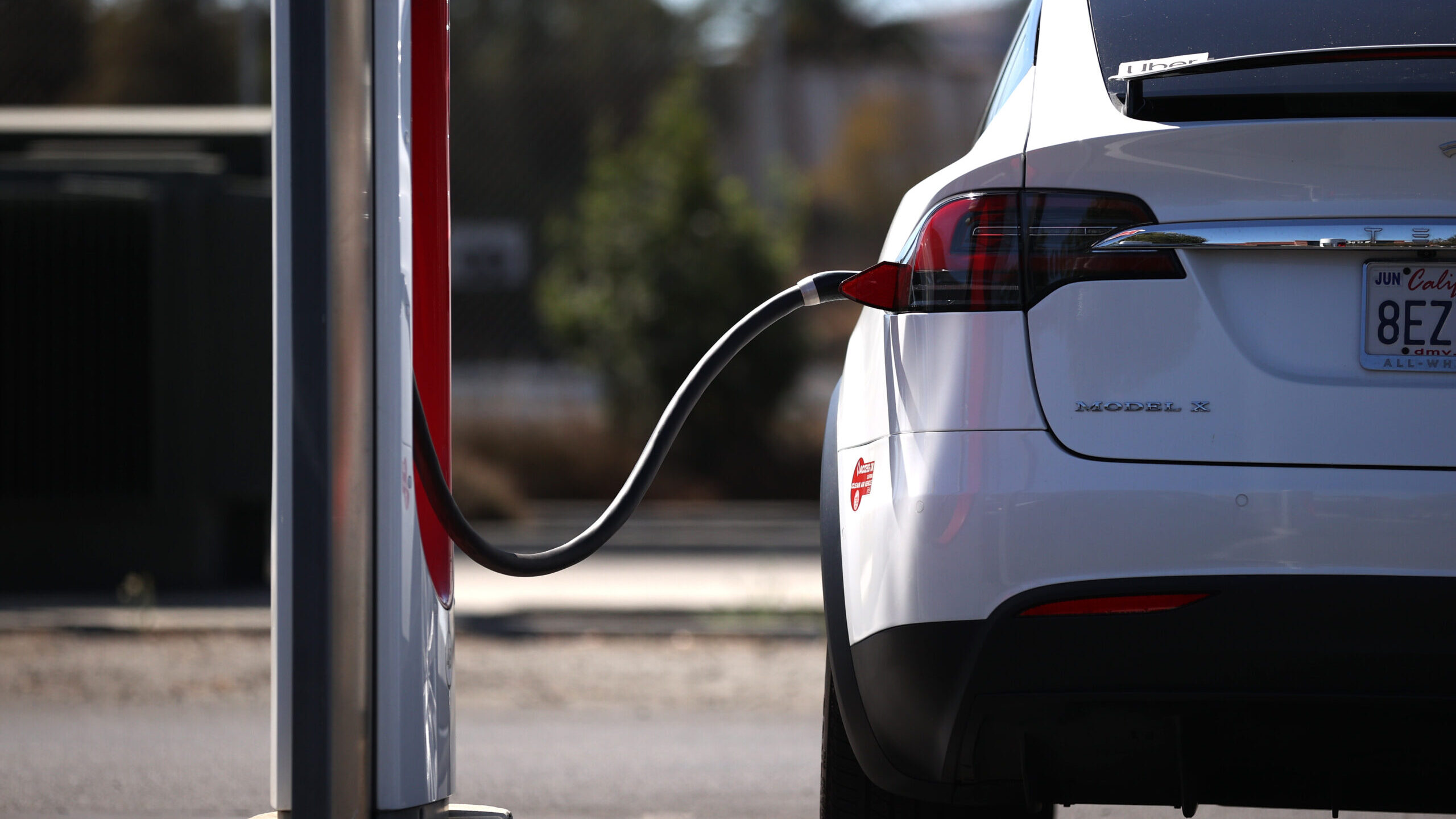 A Tesla car sits parked at a Tesla Supercharger on September 23, 2020 in Petaluma, California. (Photo by Justin Sullivan/Getty Images)

Wilmington, NC — For more than two decades, experts in the energy industry have been trying to forecast the moment of “peak oil,” when global oil production reaches its highest rate before permanently declining. With renewable energy sources surging and the coronavirus pandemic wreaking havoc on economies worldwide, some suggest oil’s peak has already arrived or is coming very soon.

Though the concept of peak oil had been theorized decades earlier, the debate began in earnest in 1998 with a Scientific American report titled “The End of Cheap Oil.” That paper incorrectly projected that the world’s crude oil production would peak in 2004-2005.

In its annual report on the world’s energy economy, the International Energy Agency (IEA) wasn’t prepared to write oil’s obituary—even though the report detailed a shift from fossil fuels to renewable energy in countries across the globe. While the IEA forecasted a further decline of coal, which is being rapidly supplanted by solar energy, the agency concluded that the demand for oil would only flatten out in the 2030s.

The pandemic brought in some changes that have hurt oil demand, the report said, such as working from home and decreased air travel. But the pandemic hasn’t totally undercut oil, with one example being that the economic downturn had delayed the replacement of older, inefficient vehicles.

“The era of global oil demand growth will come to an end in the next decade,”said Fatih Birol, the IEA’s executive director. “But without a large shift in government policies, there is no sign of a rapid decline. Based on today’s policy settings, a global economic rebound would soon push oil demand back to pre-crisis levels.”

IEA notes that the growth of emerging economies will likely offset the decreases in oil usage in other parts of the world, especially as income growth spurs the desire for increased mobility. However, in several scenarios, the demand for oil for passenger cars will eventually decline, as fuel efficiency and increased market share of electric cars will eventually drive down demand.

One area where crude oil could see continued growth is in its use in the chemical sector, where petroleum is used to make a variety of products, including plastic, rubber, adhesives, detergents, pesticides, resins, and paints. But this forecasted rise in oil usage isn’t bad news for climate change, as oil used to make plastic isn’t combusted and doesn’t increase carbon dioxide emissions.

Where the IEA sees an uncertain future for oil, one international producer believes its product has already passed peak demand.

In the three scenarios laid out by international oil producer BP in a September report, crude oil never exceeds the demand reached in 2019. In its “business as usual” scenario, where there are limited efforts to regulate carbon emissions, demand continues at or near current levels but never quite reaches the levels of 2019. In its “rapid” and “net zero” forecasts, the demand for oil drops much more rapidly.

Another major oil producer sees a peak in demand for oil, though France-based Total puts the peak further in the future at 2030.

But not all oil producers are seeing a decline in global oil demand. ExxonMobil forecasts continued growth through 2040. Likewise, the Organization of the Petroleum Exporting Countries (OPEC) also paints an optimistic future for oil in the report it released in early October.

The group of oil producing nations forecasted growth in energy demand through 2045, with most of the increase coming from countries with developing economies, especially China and India. And OPEC expects that while oil’s overall share of energy production will drop slightly by 2045, it will still be the leading worldwide supplier of energy. Oil provided 31.5 percent of the world’s energy in 2019, dropping to 27.5 percent by 2025.

There are some common themes in the forecasts: They all predict a drop in coal use, foresee a continued rise in renewable power, and see electricity becoming a bigger part of the demand for power.

While ExxonMobil was optimistic in its future outlook, markets aren’t as bullish on the company’s prospects. On Oct. 30, ExxonMobil announced a $680 million loss in its third-quarter earnings report, marking the third straight quarter the company reported a loss to investors. Adding to its woes, the oil giant was dropped from the S&P Dow Jones Industrial Average in August after 92 years in the index. Consequently, the company said it may cut as many as 1,900 jobs.

Some environmental groups have hailed the company’s troubles as good news for the fight against climate change. One group, 350.org, is urging finance companies to shun investments in oil companies in favor of renewable energy producers.

“Exxon’s deep fall today is another powerful reminder of how fossil fuels are too volatile to be the basis of a resilient economy,” said May Boeve, 350.org executive director, following the announcement of ExxonMobil’s removal of the Dow Jones Industrial Average. “Big Oil has fallen. Our job is to make sure they don’t take us down with them.”

Despite that removal, ExxonMobil’s leadership was still confident in both the company and the long-term need for its product.

“In these trying times, remember the lives saved by the millions of medical masks and gowns and bottles of sanitizer created from our products, and the emergency vehicles fueled from our refineries. The pandemic’s short term impact on our industry puts additional importance on our strategy and projects as industry under-investment today will increase the need for our products in the near future,” said Darren Woods, ExxonMobil’s chairman and CEO, in an October message to company employees. “Staying committed to our strategies, while adjusting the pace of our investments and positioning the company to more effectively compete – will serve us and society well in the near term. Continuing the search for new technologies required to address climate change will do the same—longer term.”

Though the role crude oil will play in that future is up for debate, many of these forecasts continue to see sustainable growth for one fossil fuel in particular: natural gas. For example, the IEA report found that the demand for natural gas could grow 30 percent by 2040.

“Natural gas could be the single most important energy source of the next decade,” a report from OilPrice.com said. “For investors who want both profitability and longevity, the natural gas sector is the very first place to look. The math is simple: Big banks are fleeing oil. The coal industry is in terminal decline. And renewable energy is years or even decades away from meeting global demand.”