Rescues airlifted the victim, who sustained multiple injuries, to a nearby hospital. 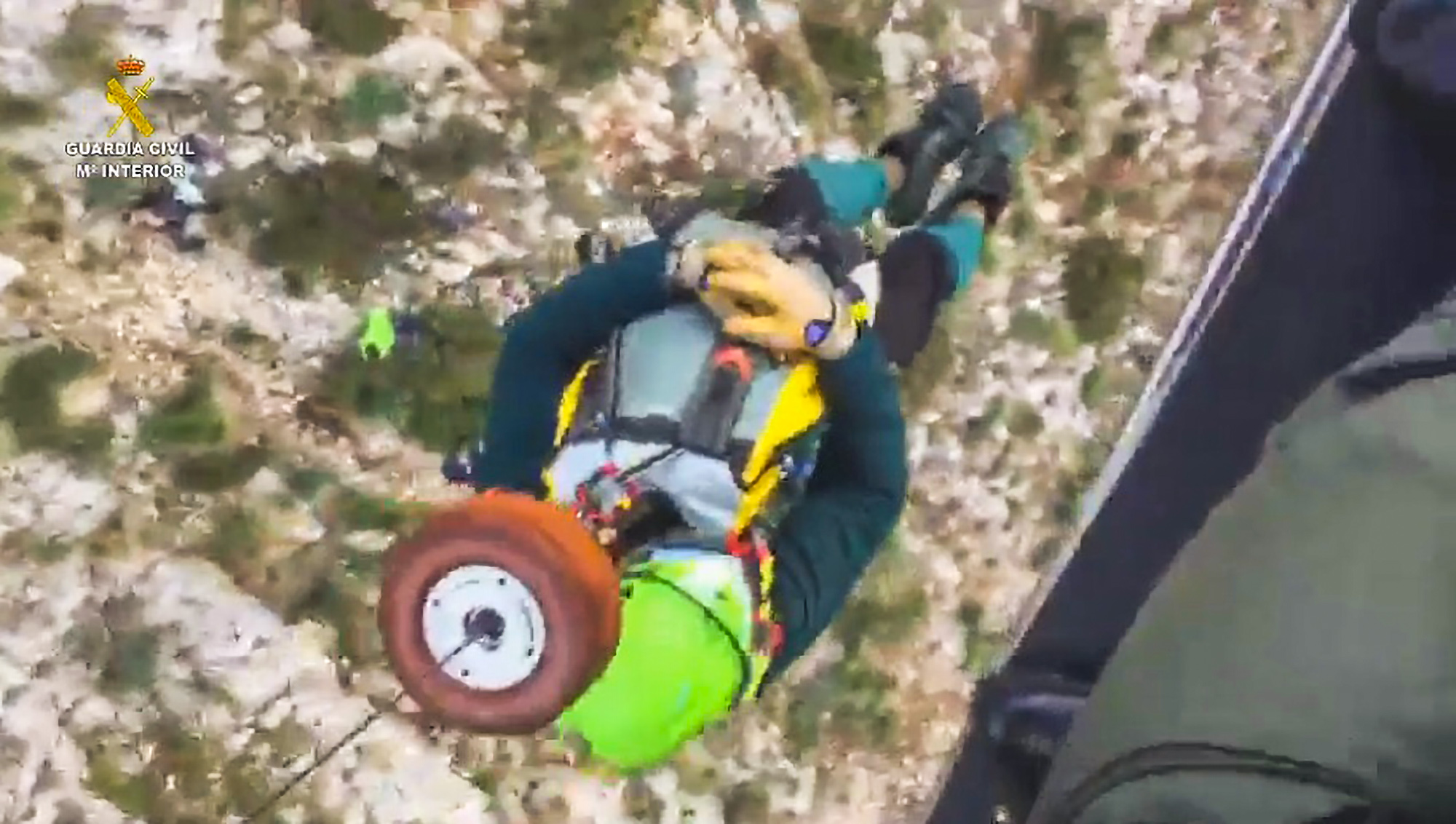 MAJORCA, Spain—Rescue workers jumped into action after a mountain climber tumbled down a 66-foot slope in Spain and sustained multiple injuries.

The Spanish Civil Guard’s Air Service and Mountain Intervention Rescue Group teamed up with the Majorca Fire Department on Nov. 8 to respond to a report about a man who had fallen while climbing the Puig de sa Rateta mountain on Majorca, one of the Spanish Balearic Islands.

Footage of the rescue shows the first responders tending to the victim on the mountainside as a helicopter waits to airlift him to a local hospital.

In a separate incident during the same busy weekend, rescuers also found the lifeless body of a 25-year-old man, who died after accidentally falling from a height of 656 feet nearby. He had been traveling with a group of climbers, who lost sight of him for several minutes before later finding him dead. His body was airlifted to a nearby hospital morgue.

Puig de sa Rateta is one of three triplet mountains on the island, which also include Puig de Na Franquesa and Puig d l’Ofre. The trio is a popular climbing destination for tourists from around the world, in large part because the mountains can be hiked in one loop trail. All stand taller than 3,280 feet, providing excellent views of the island.

Rescues in the area are not uncommon. Authorities carried out seven in just five days after several hikers ran into trouble while climbing the mountains of Majorca in July.

The Spanish Civil Guard has in recent days issued a series of warnings on social media to hikers interested in climbing mountains throughout the country. The organization recommended “taking into account the daylight hours” and starting the activity early in the day. It also advised first-time climbers not to hike alone but rather alongside an expert guide or “someone with training, experience and responsibility.”