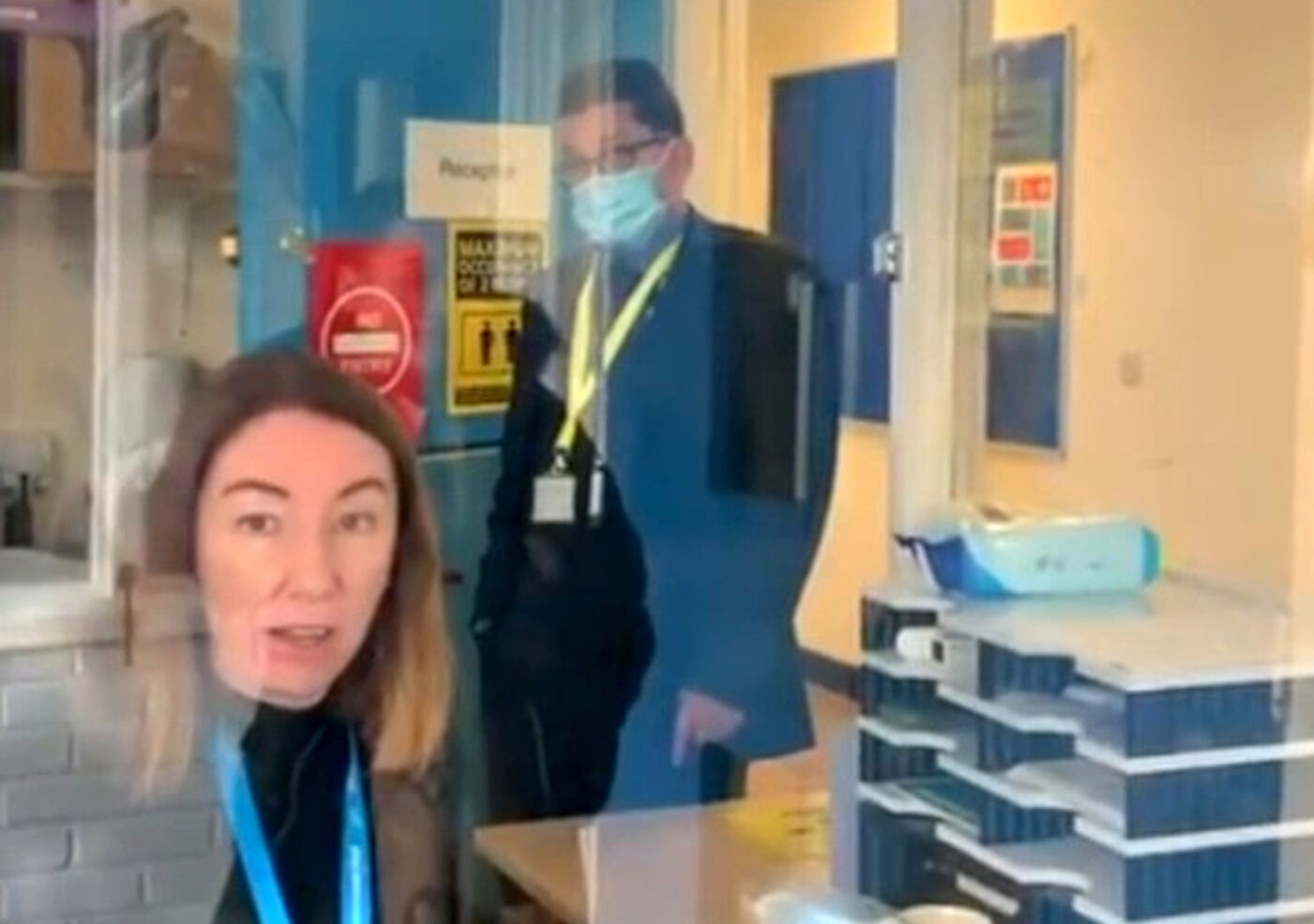 WEST NORFOLK, England—An English mom is battling her daughter’s high school over its alleged insistence that the mentally challenged girl wear a mask. However, school officials strongly dispute the mother’s version of events, saying the girl was never denied access to the school for not having a face covering.

Video of a heated confrontation on Nov. 5 between school officials and the irate parent has gone viral, with more than 2.7 million views. The dispute, which is taking place at Marshland High School in West Walton in Norfolk, shows the 15-year-old trying to return to school after leaving earlier in the day with her mother, Tina Marns, 38.

The student, who has asked not to be named, has suffered from anxiety and panic attacks since she was 14. She has seen specialists who have told her she does not need to wear a mask at school, her mother told Zenger News.

Marns expressed concern that coronavirus restrictions in British schools are adding the stress levels on young people’s mental health and that her daughter’s situation is likely happening to other vulnerable pupils around the country.

Indeed, a recent study of 2,036 students with a history of mental health issues found that 80 percent of respondents feel the coronavirus pandemic has made their situation worse.

To help deal with that problem, the country’s Department for Education has said that it is investing 8 million GBP (roughly $10.6 million U.S.) in a new training program called “Wellbeing for Education Return.” That effort will be run by mental health experts to improve the support schools and colleges can offer young people, staff or parents dealing with additional pressures, bereavement, anxiety, stress or other emotional responses to the pandemic.

It is also investing a similar amount for mental health charities to help families and children during the pandemic, by providing funds to reach those most in need.

Meantime, the debate over the incident in West Norfolk continues unabated, at least on the part of Marns and her daughter.

“It’s hard for these kids as it is — we’re dealing with a pandemic. My son wears a mask and has no problems. I’m not against masks. It’s her condition that’s making her suffer,” Marns said.

The school has strongly denied that the pupil was not allowed back to school and told Zenger that she had been in class that morning and afternoon without a mask.

Again, Marns disputes that version of events, alleging that the school’s head teacher had asked her daughter to come into the library, where senior staff were present and “humiliated her” by asking her to put on a mask that was provided by another teacher. The event sparked her anxiety and led to the parental confrontation.

“My daughter doesn’t feel safe,” Marns said. “She’s now had days of feeling bullied and intimidated by some of the staff in spite of a condition that she already had before and the head wouldn’t even contact me.”

Marns was later escorted from the school by police after refusing to leave the premises. However, she was not charged with any offenses. She also accused the school of doing an about-face after the video showing staff saying that the girl wasn’t allowed in was posted to social media.

The school, for its part, says the incident is closed.

“We asked the student’s mother for confirmation of the exemption to wear a face-covering but had not received any documentation from the mother or from their medical practitioner,” the spokesperson said. “Following an amicable meeting &mldr; the mother confirmed she can provide confirmation of medical exemption. This school is happy with this resolution.”

But Marns disagrees with that assessment and told Zenger she is filing a formal complaint against Jansen and is also asking for an independent investigation into the incident.