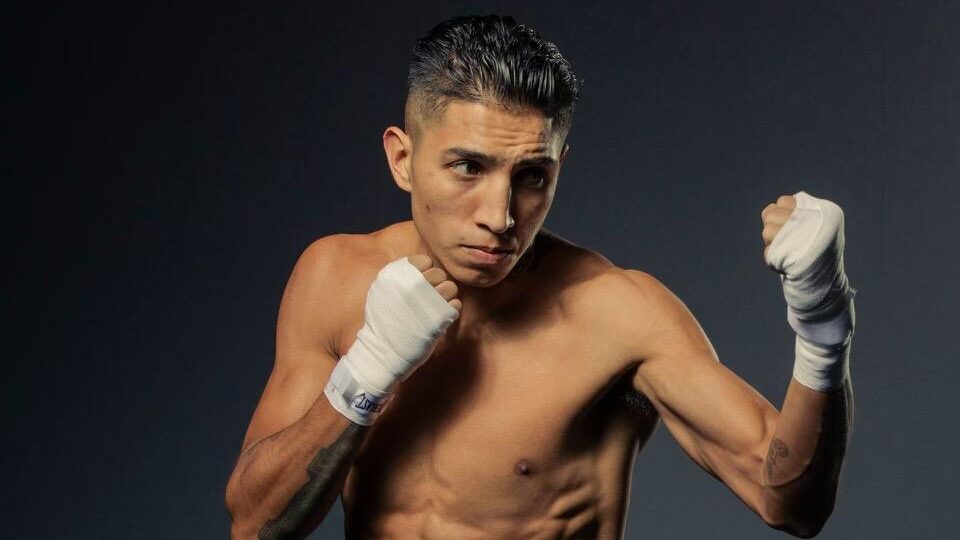 Mario Barrios (26-0-0 with 17 KOs) remained undefeated on Halloween night with a knockout of Ryan Karl (18-3-0 with 12 KOs) in front of a Showtime pay-per-view audience. The WBA 140-pound champ stopped Karl in the sixth round on what may have been the card of the year. The night delivered big-time with all four televised bouts ending in knockouts.

Barrios and Karl delivered a fan-friendly tug-of-war, fought in close quarters. Eventually, Karl would wilt from huge shots fired in the heated battle. This win elevated the 25-year old Barrios up the junior welterweight ladder.

The San Antonio native kept his word by defending his title in front of a home crowd. After the bout, Barrios opened up about a potential fight against Regis Prograis and much more.

Zenger: Congratulations on a hell of a fight and win against Ryan Karl. How do you feel physically?

Mario Barrios: I feel great. I was going to get back in the gym yesterday, actually, but I got this tattoo on my leg that’s healing. But I want to say I was only sore for one or two days. After that, I was good.

Zenger: We knew what Karl brings to the table, a durable guy that comes forward and is tough to finish. Was he what you expected, or did he bring a different element to the table that you were not expecting?

Barrios: No. That was really the fight I was prepared for. Me and Virgil and my corner knew that Ryan’s only chance was going to be to kind of maul me. Be all over me and make it a rugged fight and an ugly fight. I knew my footwork and my movement was superior. I knew it was just a matter of time. So, I had to be patient in the early rounds, establish my jab, land some body shots and just wear him down.

Zenger: You got the opportunity to defend your title in your hometown of San Antonio. Were you nervous fighting at home? Anxious? What was the feeling before the fight, and now afterwards?

Barrios: Leading up to it, I didn’t feel any nerves. It was kind of a motivation for me. I love fighting at home. I promised my city a world title; I was able to follow through with that. And I made another promise that I was going to defend it there, so it was just pure motivation for me. And now that it’s over, I’ve been getting tremendous support. Everyone was super happy. The night of the fight, people hit me with so many messages. It was an awesome feeling to be able to defend that title in front of everybody here at home.

Zenger: You were coming after a year-long layoff. Add Covid to the mix—what was the preparation like for this fight, for you?

Barrios: Man [laughing], it took a while to get used to. Camp was way different. Being at the fight was way different. Being in “the bubble” was pretty terrible, so I’m glad that’s over with [laughing]. That’s kind of what everyone has been dealing with though, adapting to this pandemic. Especially as a fighter, we’re used to adapting in the ring and everything, so I knew it was something I was going to have to just deal with. But the whole camp and having to get tested every week, getting our sparring partners testing, it just added more to our list of things we had to do. But we still had a successful camp. Virgil did a good job with everything, sparring partners. We went out there and handled our business.

Zenger: It seems you and Virg have hit a very comfortable pupil-teacher zone now that you guys are so many fights into being a duo. How has that relationship grown and helped you inside the ring?

Barrios: I’m always very thankful of the relationship I have with Virg. I tell people all the time, he’s a lot more than just a coach. He’s a great mentor, a great friend; even if it’s something that doesn’t deal with boxing. I can always go to him. I’m thankful for the relationship that me and Virg has grown to have.

Zenger: Given the fact that you were off—a little bit over a year actually—did you feel it in the ring? Because you guys got right after it, throwing leather.

Barrios: With the fight, I didn’t feel no type of ring rust whatsoever. During the fight, I actually felt like I had a super slow start. Ryan’s movement, the way he was putting pressure, kind of threw me off a little bit. But it was just me trying to get his timing down, his rhythm down. By the third or fourth round, I started to feel real comfortable in there, and that’s around the time I started to land some really big stuff on him. Again, I didn’t feel any type of ring rust whatsoever, given I was off a lot longer than I had originally wanted to be.

Zenger: We always look at the guy who suffered the cut from a nasty head clash, so obviously all attention was on Ryan. But were you dazed or buzzed from the head clash because that was a pretty significant one?

Barrios: It was a super ugly head clash. He was coming in pretty wild. Thankfully—not thankfully, because we did clash heads—but he caught me on the very top of my forehead. Other than it just being sore for a couple of days, I didn’t have to get stitches, so I was good.

Zenger: Ideally another long layoff is not in the cards for you. Would you like to return to the ring during the first quarter of 2021?

Barrios: Yeah! I have already talked to my managers. They are on board with keeping me as busy as possible, especially with the type of fights that have been coming about with my last couple. We are willing to get right back in there in March or April.

Zenger: There is a top 140-pounder named Regis Prograis who knocked his opponent out in the fight prior to yours. Are you looking to fight someone like him or an Adrien Broner-type of opponent next?

Barrios: I think, me as a fighter, I think a fight with Regis would be bigger, especially given the type of fighter that Regis still is. I think he still has a lot to accomplish in the sport. Given that we are kind of from that same area, that would be another huge fight to have over here in Texas. Out of those two, if I had to pick, I see me more with Regis. I feel it would be a way better fight for the fans and everything. Broner though—it’s another great fight, a different style. It would definitely bring an audience because a lot of people like to see Broner get touched. I feel because of my build and my style, I feel like my style is bad for Broner, and even Regis.

Zenger: Regis is a southpaw, I take it you have no issues fighting southpaws?

Barrios: No, man. Especially that fight with Akhmedov. I got a good amount of experience with a southpaw.

Zenger: In some instances, the fight card itself doesn’t live up to the billing. All four televised fights on this “Davis vs. Santa Cruz” card ended by knockout. How does it feel to be a part of such an amazing card?

Barrios: Oh, it was awesome. That was my second time ever being on Showtime PPV. I was super stoked as far as being a part of that card from the beginning. I knew it was one that wasn’t going to disappoint, which is why I was telling everybody to make sure they bought either the PPV or a ticket. I’m looking forward to being on other huge cards and headlining myself pretty soon.

Zenger: You are always fun to watch. Congratulations again on the victory. Is there anything else you want to add?

Barrios: I appreciate you. It’s always a pleasure to speak with you. Thank you to everybody for supporting me. We’re going to continue to take over.

«Previous Post
‘I’m in the best shape’ Mike Tyson Says Ahead of Fight with Roy Jones Jr.»Next Post
From Pigskin to Podcaster: Brandon Marshall Keeps it Real on ‘I AM ATHLETE’