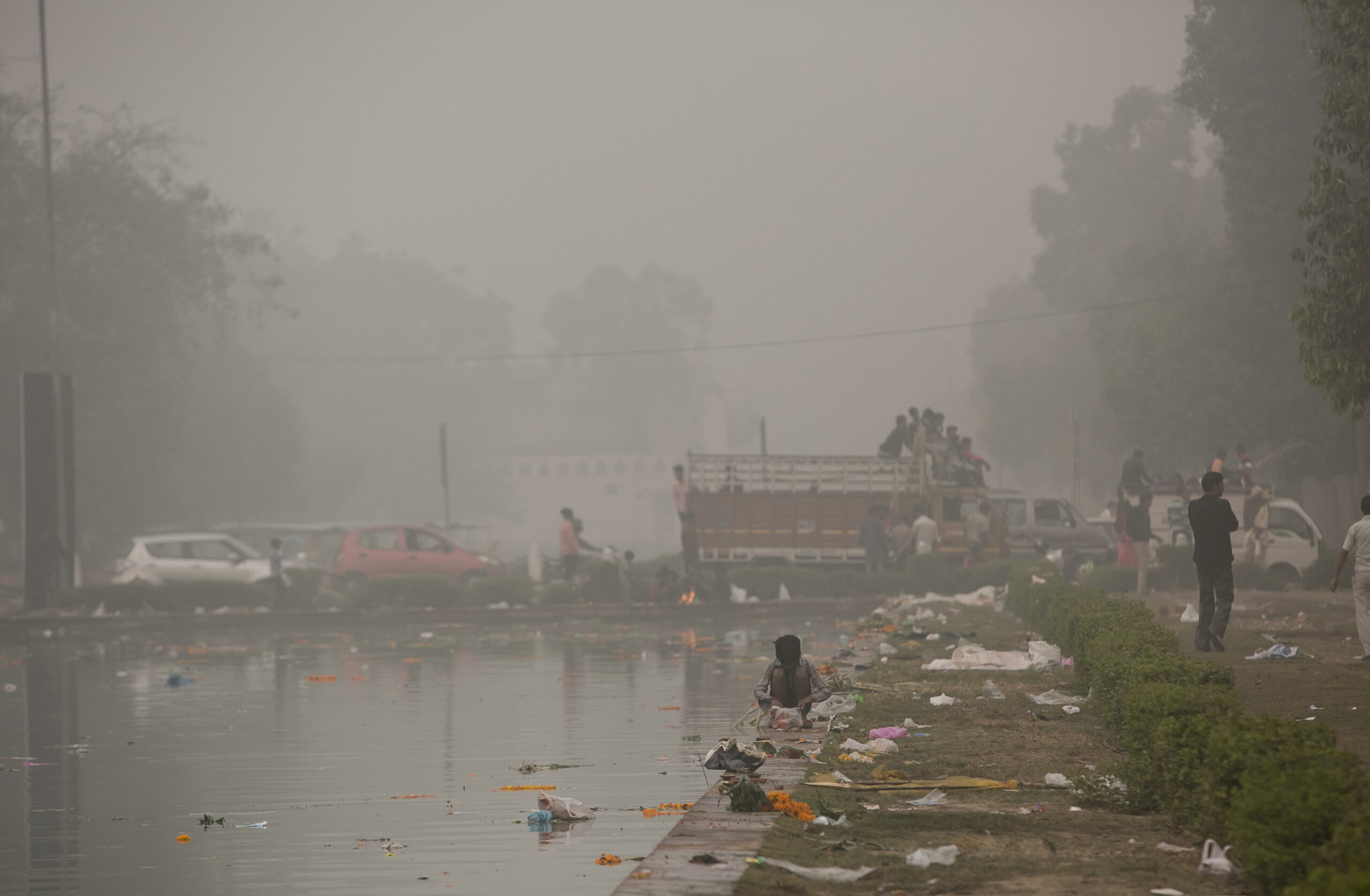 Long-term measures should not only relate to firecrackers and stubble burning, but also to other contributing factors, such as power plant emissions, vehicular pollution and dust management Courtesy: Allison Joyce (Getty Images)

Mumbai — India’s capital New Delhi gasped for fresh air as air pollution worsened from the combined effect of stubble burning and fireworks during the Hindu festival of Diwali on Nov 14.

That evening, the air quality was designated “severe” as pollutants hung in the calm air. Stubble burning in neighboring states of Punjab and Haryana contributed nearly 32 percent of the capital’s particulate matter (PM) 2.5 pollution, according to the System of Air Quality and Weather Forecasting and Research (SAFAR). On Nov 15, slight rainfall brought some respite.

Yet even by the morning of Nov 16, Delhi’s overall air quality was listed as “very poor” category. “ The Air Quality Index (AQI) was predicted to improve during the day, reaching the “poor” category by afternoon. Northeasterly winds and scattered rainfall in Delhi washed out some of the pollutants, according to SAFAR, an air quality monitor of the Ministry of Earth Sciences.

“AQI is forecasted to marginally deteriorate and stay in the Very Poor category on 18th and 19th November,” SAFAR stated.

Activists fumed at the use of firecrackers despite the ban imposed during the festival.

“Despite the ban, firecrackers bursting was rampant,” said Bhavreen Kandhari, a New Delhi-based environmentalist who is also a member of Warrior Moms, an organization fighting for clean air for children. “I made several calls to the police control room on the night of Nov. 14 and the next morning too. There was nonstop bursting of crackers from the Nov. 14 evening till the next morning.”

Kandhari, said the planning for next year’s curb on firecrackers has to start now.

“This year, the government implemented last moment restrictions which left the traders in a lurch,” said Kandhari. “It is a Rs 300 crore ($40 million) industry. The government should initiate rehabilitation plans for those in the firecrackers industry and ensure that they get alternative businesses. If we act today, we may be better off by next year. The traders will also try to get into other businesses once they know that the government is serious about a complete, stringent ban on firecrackers.”

The firecracker ban definitely came too late, said Santosh Harish, a researcher in energy and environmental policy at the Center for Policy Research. “Once the retailers have stocked up and people have started making purchases, it is extremely difficult to ensure a curb on the use.” 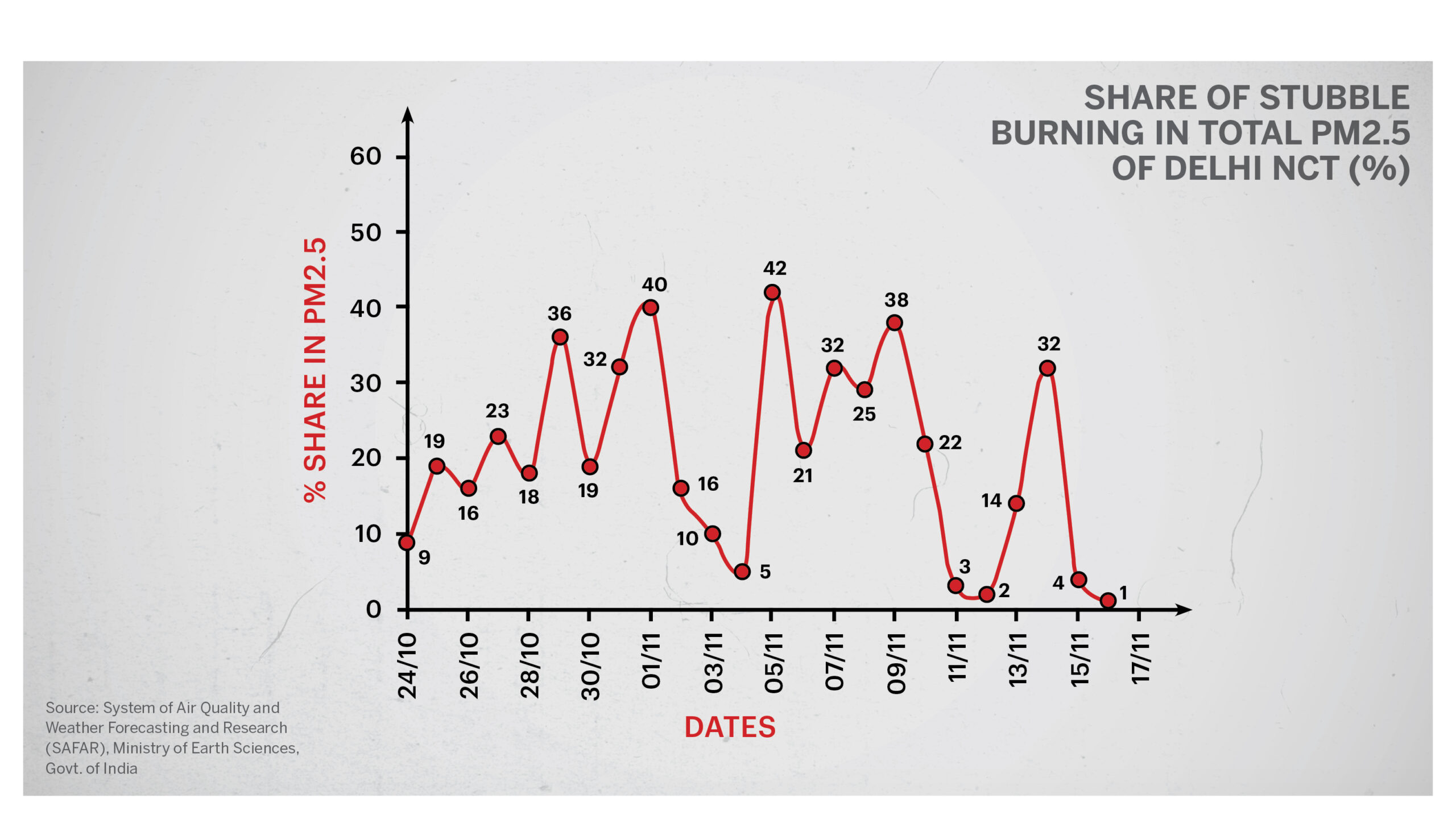 Harish said that the patterns of air pollution in Delhi are well established over the years.

“The meteorological conditions that make it difficult for the pollutants to disperse away are known to us.  We see air quality becoming severe during the October-November period and then again in December-January every year. Therefore, instead of the emergency responses, what we need is to step up the long-term mitigation measures.”

Long-term measures should not only relate to firecrackers and stubble burning, but also to other contributing factors, such as power plant emissions, vehicular pollution and dust management, said Harish.

Nevertheless, “compared to the previous years, use of firecrackers seemed to be very less this year,” said Dr. Arun Sharma, director-professor in the Department of Community Medicine at the University College of Medical Sciences, University of Delhi. “It was not a completely firecracker-free Diwali, but it was a good start. The Air Quality Index did cross the 700 mark in a few areas, but a lot of other factors contributed to it.”

Sharma, who is also president of the Society for Indoor Environment, said that seasonal crop residue burning in areas nearby Delhi is also contributing significantly to the worsening air quality.

“There are reports which state that the crop residue burning sites have increased by 31 percent this year,” said Sharma, who lives in Noida, a satellite city of New Delhi. “Bursting of firecrackers, on the other hand, must have seen at least 30 percent reduction.”