Vocal cheers for the president dueled with louder loathing for Joe Biden as participants urged Trump not to concede the election.
By Ford Fischer November 15, 2020
Facebook
Twitter
Linkedin
Email 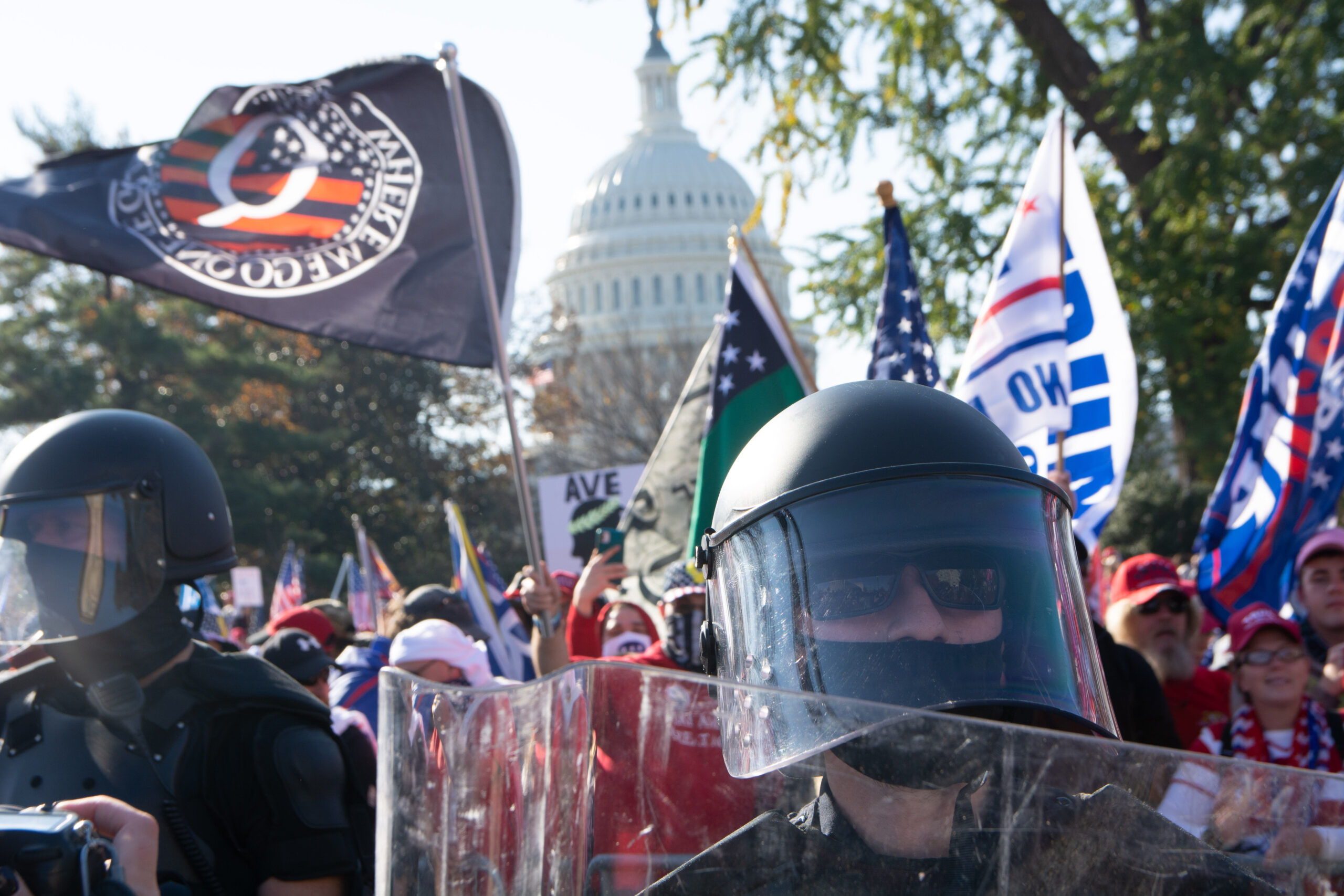 WASHINGTON — Tens of thousands of supporters of Donald Trump gathered Saturday in Washington, D.C. for a “Million MAGA March” to encourage the president not to concede the 2020 election to Joe Biden.

“Stop the steal!” the pro-Trump coalition chanted as they assembled at the Supreme Court.

While major news networks including Fox News have called the presidential election for Biden, the activists believe Trump when he says a second four-year term was “stolen” from him.

They marched to the Capitol building, shouting their approval of the maverick chief executive who came out of nowhere to win in 2016. The crowd also expressed its loathing for Biden.

Noted conspiracy theorist and Internet streaming radio host Alex Jones brought a contingent from the Proud Boys for security as he shouted into a bullhorn.

“Joe Biden is a communist Chinese agent and a compromised pedophile with the rest of his satanic family,” said Jones. “Joe Biden’s going to prison, he’s not going to the White House.”

Jones’ assertions about Biden have no basis in fact.

The Proud Boys, an organization the FBI once branded an “extremist group,” saw their national profile increase when Trump whiffed on an opportunity during a September 30 debate to condemn them. He did so a day later, but by then the organization of “proud Western chauvinists” was the stuff of Twitter stardom and Southern Poverty Law Center condemnations.

The SPLC considers the Proud Boys a “hate” group, writing that the group’s founder, VICE co-founder Gavin McInnis, has in the past advocated for Americans to “assimilate to a Western, white, English-speaking way of life.”

McInnis left the Proud Boys in 2018, two years after he created it, in an attempt to soften sentencing for members accused of a gang assault in New York.

Jones is infamous for claiming the Sandy Hook school shooting, which left 20 children and six adults dead, was a staged “hoax.” Eight families have sued him for defamation, and courts have ordered him to pay at least $126,000 for contempt in pre-trial proceedings.

Elsewhere at Saturday’s march, upbeat turned to angry when counter-protesters from a group linked to the Revolutionary Communist Party, USA shouted epithets and mocked the president.

Members of the group, called “Refuse Fascism,” gathered near Freedom Plaza as the march began, saying President Trump should “pack his bags.”

Police with riot shields stared down anti-Trump activists at the Supreme Court, including some who carried a banner reading: “Punch MAGA in the face.”

The “Million MAGA March” came to a close as the sun set on the nation’s capital, but participants continued to walk through Washington’s tourist center late into the night.

One group chanted “Clean the streets!” as they marched to a block near the White House that city officials renamed “Black Lives Matter Plaza” in June.

Police intervened when some tried to pull activists’ artwork off of fences. Instead they pulled wooden Black Lives Matter signs off of a commercial building. Officers in riot gear broke up the vandalism but made no arrests.