Pneumonia Claims Lives of Dozens of Children in Bangladesh Every Day

Approximately 24,000 children in the country die from the preventable disease every year. 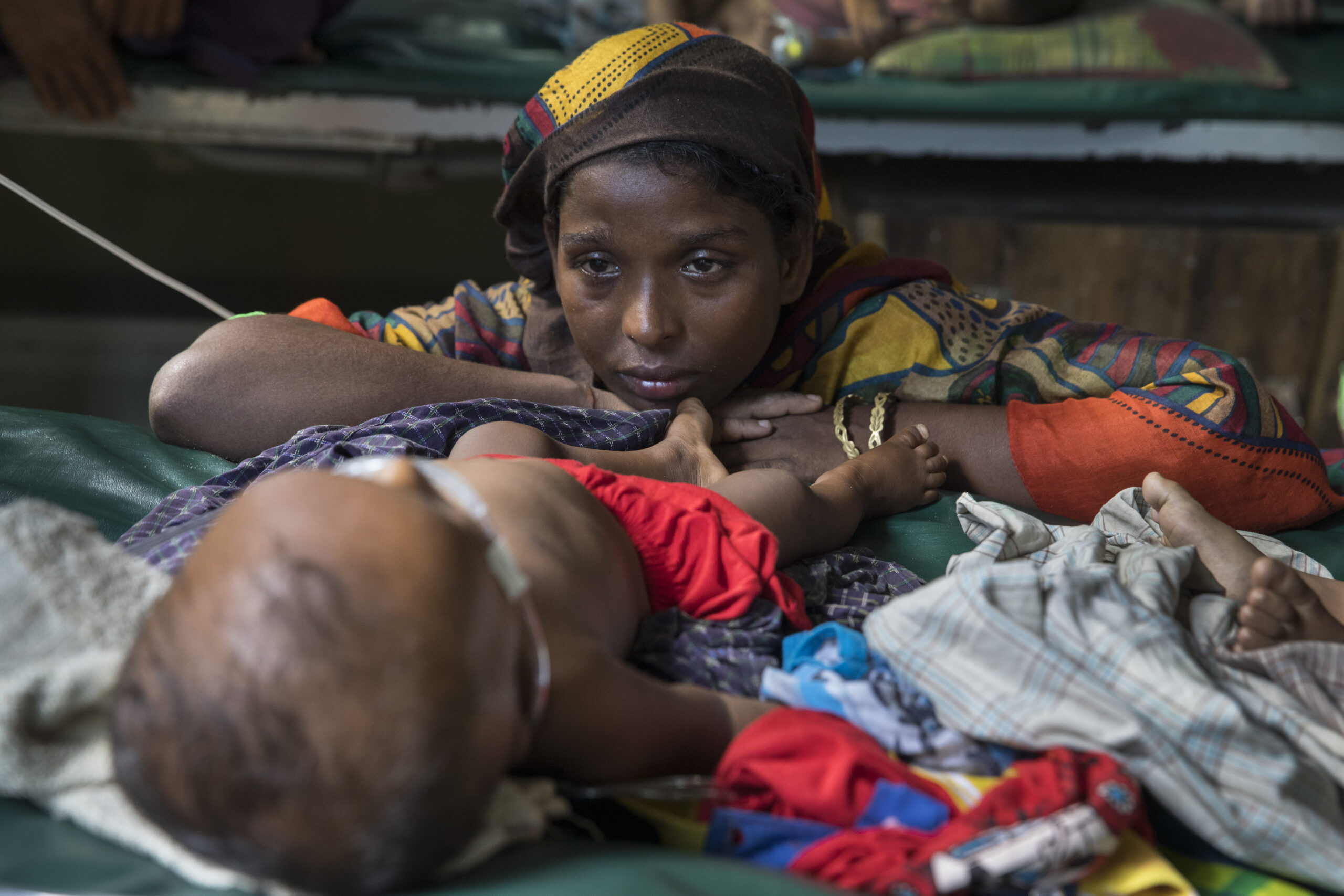 The preventable disease claims the lives of 67 children every day — approximately 24,300 every year — according to a report by the country’s International Centre for Diarrhoeal Disease Research (ICDDR,B).

The center, whose aim is “to carry out high-quality research that addresses health priorities and ultimately influences policy and practice,” released the report on Nov. 11, the eve of World Pneumonia Day.

“It is important to identify the causes of pneumonia, strengthen our health system and invest in low-cost local solutions to prevent pneumonia and pneumonia-related deaths among children below the age of five years,” the report states.

Pneumonia is an infection that fills the air sacs in the lungs with fluid. Children with a weak immune system and those residing in areas with high level of air and water pollution are at greater risk.

Dr. RuhuRu Amin, a pediatric pulmonologist, who spoke during the presentation of the report to journalists, said that 18 percent of the children who die under 5 years of age are dying from pneumonia. “Still, sensitivity around this disease is low,” he said.

“According to the Bangladesh Demographic and Health Survey 2017-18, the mortality rate among children below the age of five years in Bangladesh is 45 per thousand live births. Among these, pneumonia accounts for 18 percent or 24,300 deaths among children each year. The figures translate to 67 deaths per day and around 3 deaths per hour,” said Dr. Ahmed Ehsanur Rahman, associate scientist at the ICDDR’s maternal and neonatal health division.

Rahman said that while the health sector has greatly improved in Bangladesh in the last two decades, pneumonia remains a major concern. He believes there should be more emphasis on research and development in the health sector to reduce the mortality rate among children.

Further, the Human Development Index (HDI) value for Bangladesh in 2018 was 0.614, which put it in the medium human development category. Overall, it was positioned at 135 among the 189 countries surveyed.

Human Development Index is a summary measure for assessing long-term progress in three basic dimensions of human development: a long and healthy life, access to knowledge and a decent standard of living.

Bangladesh’s figure is below the average of 0.634 for countries in the medium human development group and 0.642 for South Asian countries. The countries close to Bangladesh in the 2018 HDI rank and to some extent in population size were Nepal and Pakistan, which have HDI’s ranked at 147 and 152 respectively.
However, when the value is discounted for inequality, Bangladesh’s index falls to 0.465, a loss of 24.3 percent due to inequality in the distribution of the dimension indices. Nepal and Pakistan show losses due to inequality of 25.8 percent and 31.1 percent respectively. The average loss due to inequality for medium HDI countries is 25.9 percent, and for South Asia, it is 25.9 percent. The Human inequality coefficient for Bangladesh is 23.6 percent.

After it was determined in 2017 that most of the district hospitals in Bangladesh did not have pediatric pneumonia guidelines, the World Health Organization advised that the hospitals introduce necessary measures.

Pneumonia “is the most important single major cause of death in children, especially those who are under the age of five,” said Dr. Syed Khairul Amin, a Bangladesh-based pediatrician. “There are certain vaccines for this disease, however, vaccines are not available for diseases occurring from other pneumonia.” Pneumonia may be caused by bacteria, virus or fungi.

Amin said the disease can be treated with antibiotics.

“Mild cases can be treated at home, but for severe cases hospital admission is required for injectable antibiotics along with other supportive treatment,” he said.

Many children are susceptible to pneumonia due to the high occurrence of malnutrition in Bangladesh.

“The immunity is diminished among the malnourished. They are more susceptible to infection, and the mortality rate is also much higher. Those who are malnourished are more prone to pneumonia,” said Amin.

Conditions have improved since 2011, when about 36 percent of children suffered chronic malnutrition, 14 percent suffered acute malnutrition, and 33 percent were underweight.