Militants had blocked trucks and people from crossing. The Polisario Front claims control of Western Sahara, in southern Morocco. 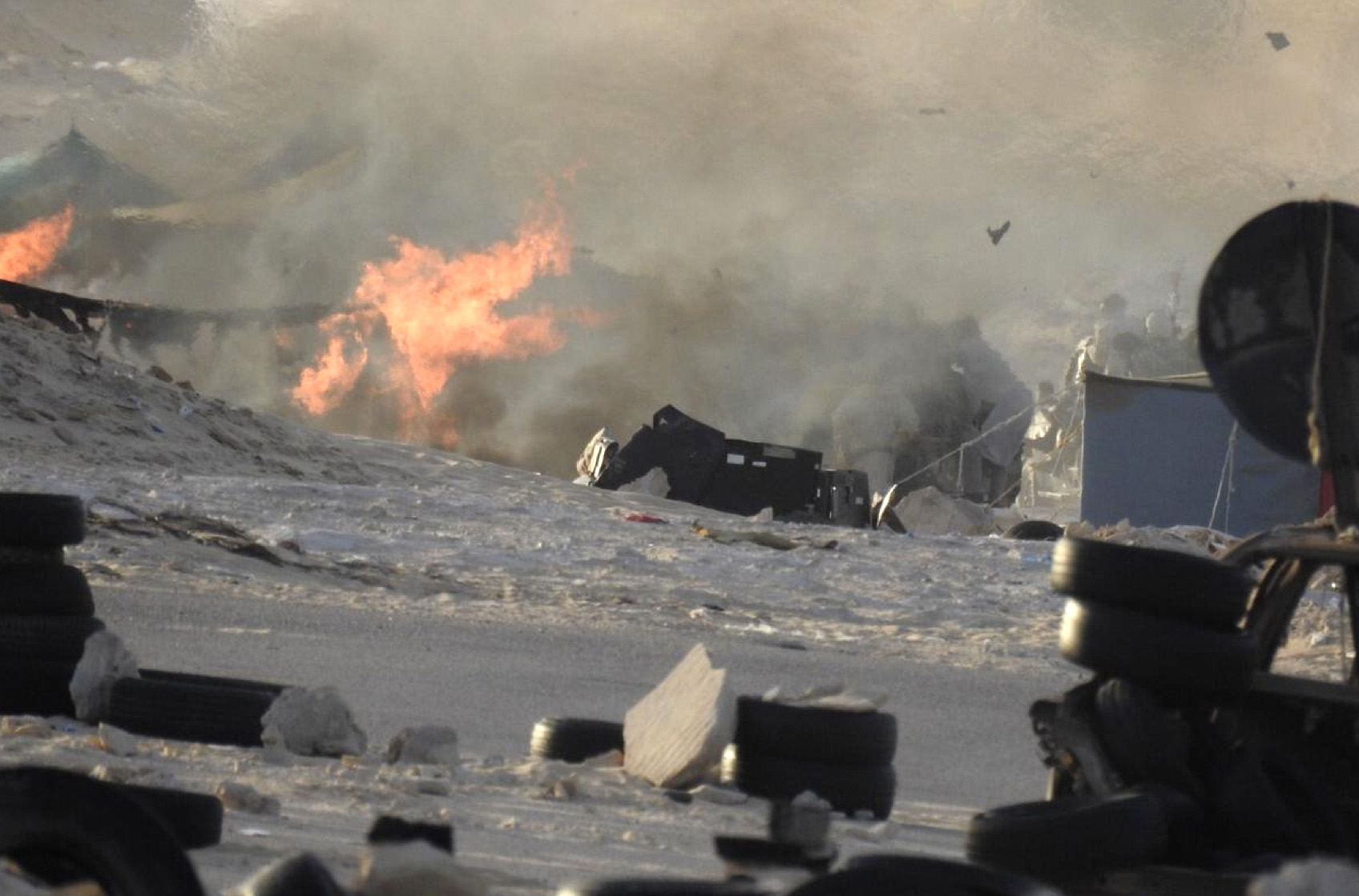 YAOUNDE, Cameroon — A Moroccan military officer says the nation’s army has regained control of the Guergarate buffer zone that connects Morocco with Mauritania, driving away dozens of a rebel group’s militiamen and restoring the flow of people and goods between the two countries.

The Polisario Front, a rebel movement that claims independent control over the adjoining Moroccan region that it calls “Western Sahara,” has sought for decades to end Morocco’s presence there. Its forces blocked the border-crossing area on October 21, positioning armed men at strategic positions and in effect closing the border. Reports quickly reached Rabat of a column of more than 200 Moroccan trucks trapped on the Mauritanian side

Colonel Ahmed Omar told Zenger News that the nearly 16-hour operation stretching from Thursday to Friday ended “without casualties” and that Moroccan Royal Armed Forces engaged only armed combatants, but warned that the Polisario would likely claim otherwise. “Yes, they will levy all claims against us, but I want to assure you that this operation—which has to continue—will be void of the mis-targeting of civilians,” Col. Omar said.

A statement from Morocco’s armed forces said Polisario militants set fire to a tent camp they had erected and fled in Jeeps and trucks, as UN observers watched.

The Polisario said Friday in a statement that its forces did not report any deaths or injuries. They said they were able to evacuate “peaceful protesters” without any harm, claiming Moroccan soldiers had fired on them.

Moroccan kings have since the 9th century A.D. consistently claimed and often administered the disputed territory the Polisario call Western Sahara. Today Morocco is a constitutional monarchy with a multi-party parliament that decides all domestic and economic matters; King Mohammed VI maintains control over foreign policy and the armed and intelligence services. The king and his predecessors have repeatedly invoked their ancient claims to the disputed land.

Morocco’s modern claim to the land, which has among the world’s largest phosphate reserves, relies on the 1975 withdrawal agreements with the Spanish government, and on the kingdom’s more than four decades of developing a remote Spanish outpost there at a cost of billions of dollars. The result is the flourishing modern city of Dakhla, seen as a model of progress in Africa, along with highways, prosperous coastal farms and high-paying mining and fishing jobs.

The per capita income in the southern half of Morocco, once among the lowest in the world, has now effectively converged with that of the kingdom’s industrial north.

The Polisario Front, which governs its camps in southern Algeria as a one-party dictatorship that bars opposition voices from its politics and its media, grounds it claims on the rights of the Sahrawi people, who have lived for generations on the disputed land. Some Sahrawi leaders say they want independence, or a greater degree of regional autonomy; others are proud of their Moroccan citizenship and voluntarily serve in the kingdom’s armed forces.

Sahrawi tribal leaders are divided, and no vote has been held in Morocco to designate the Polisario as its representatives. The Polisario Front has been recognized by various U.N. bodies as a representative of the Sahrawi in various international forums.

The Algeria- and Libya-backed Polisario fought an armed guerrilla war for independence from both Morocco and Mauritania following Spain’s withdrawal, forcing Mauritania’s complete withdrawal in 1979. Morocco’s King Hassan II responded by building a 1,600-mile-long sand barrier and liberally peppering it with an estimated 7 million land mines, blocking the Polisario from occupying the Atlantic coast and other economically useful areas of the territory.

Moroccan Foreign Affairs Ministry attaché Mehdi Ahmed told Zenger that the king’s forces “have taken this action at this time out of patience and consideration. … We cannot accept that we have not done business with our neighbors Mauritania for the past couple of weeks.”

Ahmed blamed the Polisario’s “unacceptable and persistent provocations” for forcing Morocco to respond with force to address “issues of legitimate defense.” 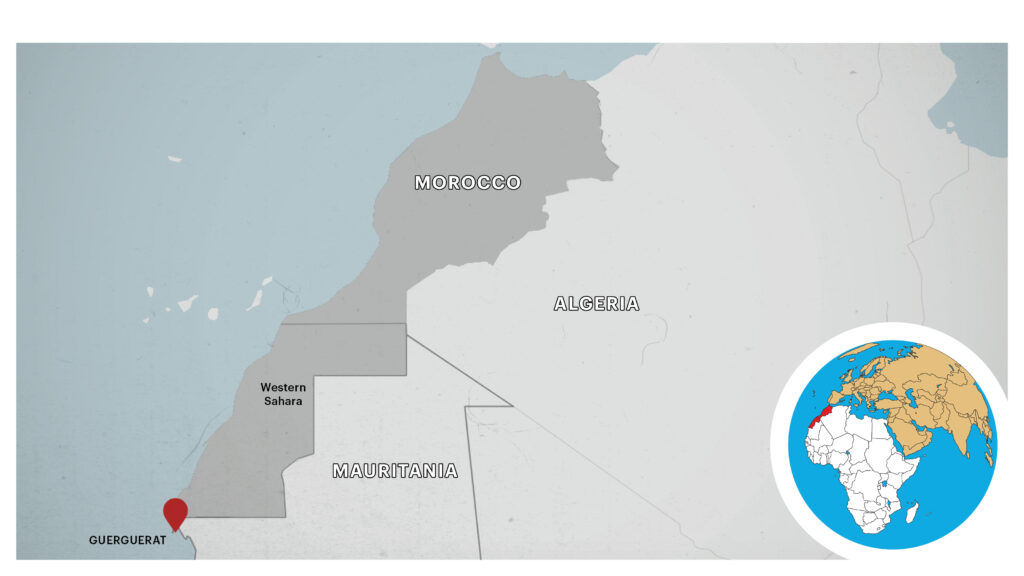 A statement earlier in the day from the Moroccan foreign ministry said Polisario fighters had “carried out acts of banditry, blocked the movement of people and goods on this road, and continually harassed the [United Nations] military observers.” The ministry also said Morocco had notified other governments in the region about its plan to disrupt the Guergarate blockade.

Statements from the government of King Mohammed VI reflexively refer to the group as “polisario”—in quotation marks and all lower-case letters.

The Polisario is affiliated with the Socialist International, but has won the support of few other socialist organizations and political parties in North Africa—including Morocco’s Party of Progress and Socialism.

Guergarate is a frontier town near Morocco’s southern border with Mauritania, placing it on the edge of Western Sahara in the middle of a no man’s land. The seven-mile stretch that separates it from Mauritania has strategic value because of the flow of commerce that passes through it daily.