Martha McSally Concedes: In a First Since Harry Truman, Arizona Will Have Two Democratic Senators

Appointed to her seat just 43 days after losing her first Senate race, McSally wilted under an astronaut’s ad onslaught. 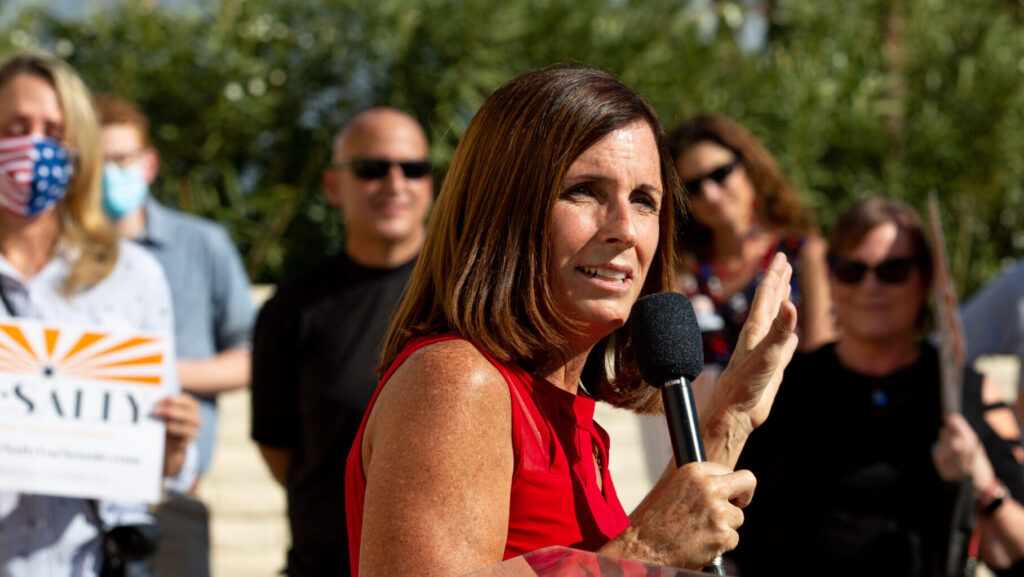 The last time any Arizona senator lost a re-election bid was in 1952, when Harry Truman was president. That was a Democrat. No sitting Republican incumbent senator had ever lost in the Grand Canyon State.

McSally was elected to the U.S. House of Representatives from a Democratic-leaning southern Arizona district in 2014, on her second attempt. There she earned a reputation for action.

Appointed to her seat in 2018 by Gov. Doug Ducey following the death of Sen. John McCain, McSally was unseated by rapidly changing demographics, money, message, tone, policy, and Covid-19 protocols and an unusually strong opponent, according to Republican and Democratic strategists and a political scientist.

Gina Woodall, a senior lecturer at Arizona State University’s School of Politics and Global Studies, studied the race closely for a chapter of a book she is writing.

“On paper, she looks great. She’s a very accomplished person,” she said. “In reality, given the high-quality challenger, and given the political environment and her personality, Arizona voters didn’t buy it. Arizona didn’t like it.”

“She never picked a side, and she got run over by extremes in both parties,” said Chuck Coughlin, a leading Republican strategist and CEO of HighGround Public Affairs Consultants. “She never connected with Arizona voters.”

“A lot of people have a hard time knowing who she really is. And if you have that problem, you’re going to have a problem getting votes,” Campbell said.

McSally charged into her battle with military credentials. She was the first woman to fly and lead combat missions for the U.S. Air Force. She retired as a colonel and became a fierce advocate for women after disclosing that a superior officer had raped her while they were on active duty.

McSally’s campaign website touted her bipartisan credentials and a strong record of getting bills passed, including the Trump tax cut and the economic stimulus bill prompted by the Covid-19 pandemic.

But voters saw in news stories, in her debate with Kelly, and in political ads that she voted with President Donald Trump more than 90% of the time.

She voted in favor of a border wall and rescinding the Affordable Care Act. She voted against Trump’s impeachment and green-lighted his nominees including Attorney General Bill Barr and Supreme Court Justice Amy Coney Barrett.

In Arizona, her television campaign ads attacked Kelly as an unscrupulous businessman in the pocket of Communist China. It didn’t stick.

The same tactic had also failed in 2018. McSally narrowly lost to Sen. Kyrsten Sinema in a campaign noted for McSally’s debate outburst in which she called her opponent “treasonous.”

Ducey appointed McSally to her then-vacant seat 43 days after Sinema defeated her.

She was dogged this year by complaints that she clung too tightly to Trump’s side as he navigated fallout from Covid-19, refusing to denounce his approach as she debated Kelly in October.

Conservatives blasted her for not forcefully defending the president.

During Trump’s 2016 race, she criticized his Access Hollywood remarks as “disgusting” and did not endorse him.

But after she took McCain’s Senate seat she “flipped the script,” Campbell said.

McSally draped herself in Trump’s cloak, famously caught on tape refusing to answer a routine question from a CNN reporter, calling him “a liberal hack.”

It played well to partisans, who printed T-shirts in her honor. But independent voters and suburban women were turned off, polls showed.

“She really doubled down as an ally of Trump. And with the changing electorate in Arizona, people rejected her,” Woodall said.

Like the often scarce Joe Biden, Kelly played it safe, seldom campaigning and only then on health care and bipartisanship. In one TV ad, Kelly appeared in an aviator’s jumpsuit and said pilots don’t care if their co-pilots are Republicans or Democrats during combat missions. All that mattered, he said, was completing the mission.

McSally had little chance to define herself, Arizona political strategists say, because Kelly’s fundraising engine out-revved hers. Coughlin said that in late 2019 a flood of dark money-funded ads blanketed Arizona with no opposition. According to the latest Federal Election Commission records, filed Oct. 15, Kelly raised $90 million to McSally’s $57 million.

New voters, including young Arizona natives and recent arrivals from California and other blue states, drove up turnout. The metro Phoenix area’s population grew by more than 200 people per day since last year, according to U.S. Census estimates.

“You add all these things up, that’s how victories are won,” Campbell said.

That was true even in conservative parts of Maricopa County, in the suburbs circling Phoenix—Trump country. Countywide, Republican voter registrations outpace Democratic ones by 100,000 voters. Statewide, the gap only widens by 30,000 more.

“It used to be, you put an ‘R’ after your name and you’re going to win Maricopa County. Not anymore,” Coughlin said.

The post-mortem on McSally’s race was harsh. A column in The Arizona Republic lambasted McSally for having a tin ear for Covid-19 sufferers and for failing to recognize swing voters were wary of Trump-variety political venom: “Worst. Campaign. Ever.”

McSally’s campaign did not respond to email or phone requests for an interview. Kelly’s office declined to comment, citing ongoing vote-counting. Neither the Arizona Democratic Party nor the Arizona Republican Party responded to interview requests.