Delhi’s bazaars are crowded with shoppers; ICU beds are in short supply. 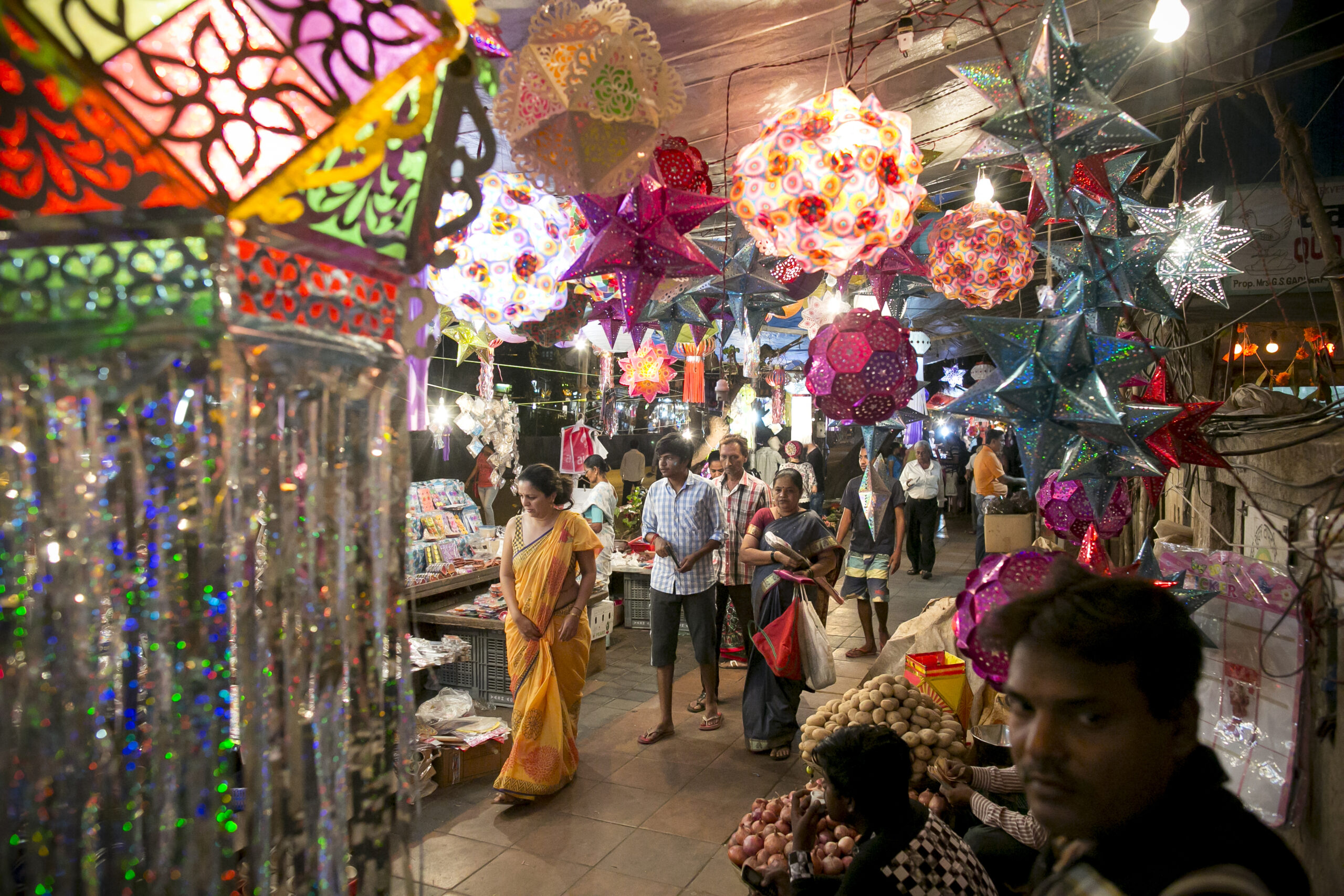 Mumbai — As the number of daily cases of Covid-19 in India’s capital of New Delhi surges to nearly 7,000 — compared with around 1,000 cases a day in September — a shortage of ICU beds is creating a critical situation. Meanwhile, the city’s bazaars are overflowing with festive season shoppers and air pollution is at its worst during this time of year.

At the beginning of November, the Delhi government relaxed restrictions for certain gatherings (temples, wedding), allowing the number of people attending weddings, for example, to increase from 50 to 200. Wearing masks and social distancing are still required.

Nevertheless, as Diwali approaches on Nov. 14, some videos are circulating that show huge crowds mingling at Delhi’s bazaars.

“The situation in Delhi is really worrisome as many patients needing hospitalization are struggling to find a bed, especially ICU beds,” said Malini Aisola, co-convenor of the All India Drug Action Network, who has received many calls from patients who need beds.  “Sometimes there is a requirement in the middle of the night as the patient is deteriorating, which is really tough given the unavailability of ICU beds. There is definitely a lack of trust in government-run hospitals, and patients are rushing to prominent private hospitals in spite of the treatment being unaffordable.

“The government was anticipating a surge of cases due to the religious festive season,” she said.

The government’s corona dashboard on Nov 12 showed that vacant ICU beds in Delhi hospitals were at 14 percent for beds with ventilator and at 17 percent for non-ventilator beds. Medical experts said that the ICUs in big hospitals are full and the available beds are mostly in smaller hospitals or nursing homes.

On Nov 12, the Delhi High Court allowed the government to reserve 80 percent of ICU beds in private hospitals for Covid-19 patients in order to meet patient needs. Still, some doctors argued against that step on behalf of their non-Covid patients who also need ventilators.

As the festive season is underway, prompting fears of increasing numbers of cases, studies have shown that crowded events can lead to a spike in Covid-19 cases. The World Health Organization advises: “Staying at home as much as possible is the right thing to do now. Limiting gatherings with people outside your household — like group activities and religious events — can reduce the spread of Covid-19.”

But Delhi’s biggest markets, including Chandni Chowk, Sarojini Nagar, Lajpat Nagar and Connaught Place, are crowded with shoppers ahead of the popular festival of lights. The daily surge in Covid-19 cases and government statements urging people to stay at home as much as possible have not deterred people from gathering in congested areas.

Medical experts also point to air pollution in Delhi, which increases in winter months, as likely having a significant impact on Covid-19 patients, particularly those who are battling the severe form of infection and require intensive care and longer hospital stays.

In an effort to curb increasing pollution, the country’s National Green Tribunal has banned the use of firecrackers in Delhi and nearby areas.

As cases increase, the demand for hospital beds is a major issue.

On Nov 6, Aqeel Ur Rehman, a 60-year-old Delhi resident, struggled for nearly nine hours to get an Intensive Care Unit bed. Down with fever and cough, Rehman was treated by a local physician for a few days, but when his condition deteriorated, he suspected Covid-19 and was rushed to a private hospital. He tested positive for the virus, and doctors advised immediate ICU admission due to his serious condition.

“We went to the local private hospital at 8 p.m. and by the time we found an ICU bed in another hospital, it was 5 a.m. the next morning,” said Rehman’s nephew, Sameer Parvez. “Everywhere we called, we were told there were no beds. It was very stressful.”

“The Covid-19 wards with general beds are 50 percent vacant, but there is a severe crisis of ICU beds with ventilators and without ventilators,” said Dr. Sumit Ray, head of critical care at Delhi’s Holy Family Hospital. “The ICUs of large private and public hospitals are full. With the government anticipating the daily cases to rise up to 15,000, the situation can get worse in the coming days.”

With nearly 9 million Covid-19 cases, India is second in the world after the United States. Its worst affected state, Maharashtra, has recorded over 1.7 million cases and over 45,000 deaths.