Organizations that are working towards the popularization of Sanskrit, believe that it could unite Indians. 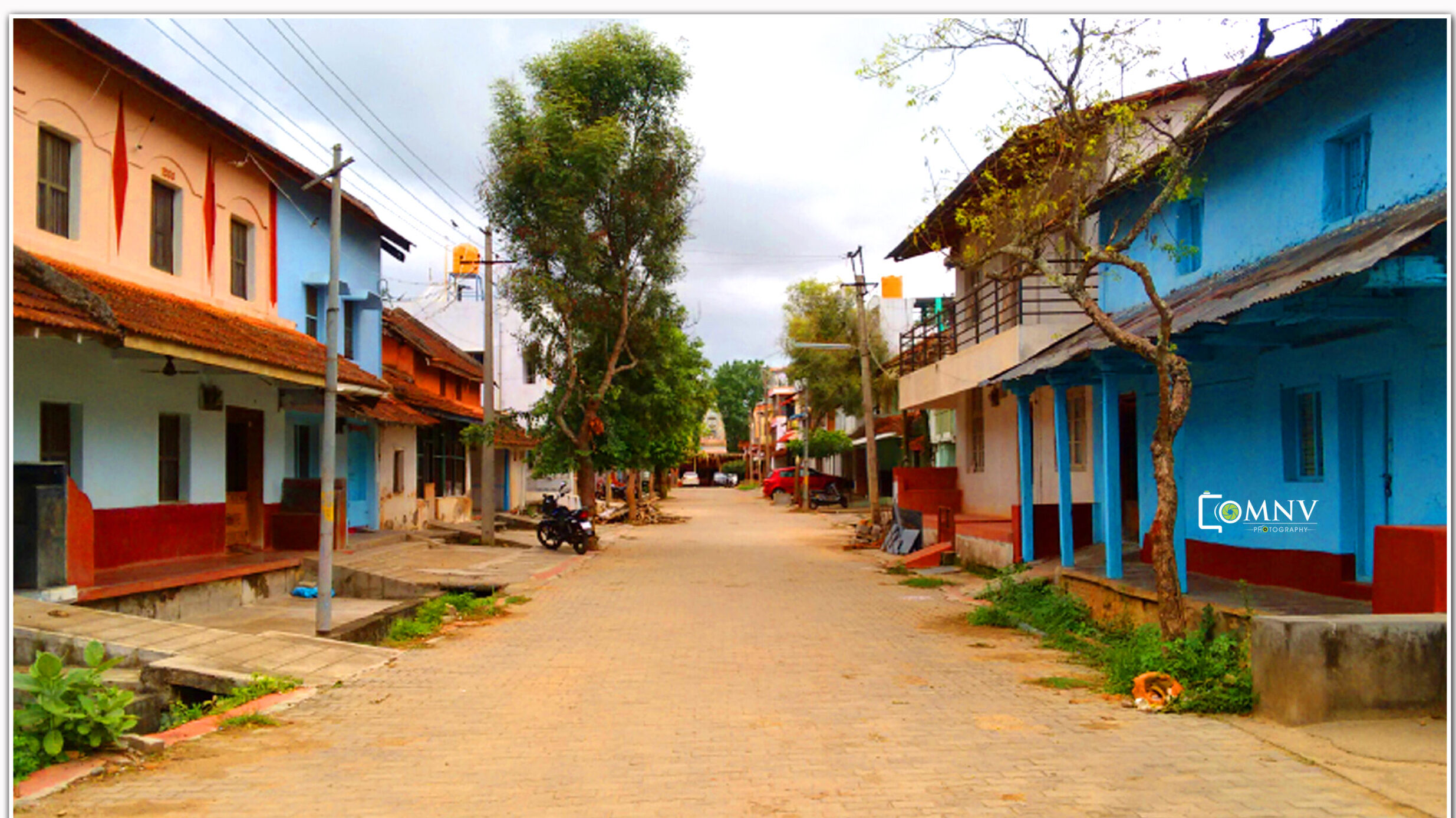 A street in Mattur, the "Sanskrit Village" in Karnataka, India. Photo: MN Vadivelu

Sanskrit, one of the most ancient languages in the world, might not be in common use in most of India, but it is slowly regaining its currency in some parts of the country.

Mattur is one such village in the southern state of Karnataka, where it is taken very seriously and is practiced with great passion. While, Sanskrit remains a language of Hindu priests in the rest of India, here, it is the lingua franca of the masses.

In Mattur, villagers also speak Kannada, the official language of Karnataka, but Sanskrit plays a central role in their lives. Even casual conversations are conducted in the ancient language of the Vedas (Hindu religious texts). And this practice of has been in vogue since the 1980s.

“Sanskrit is not new to us,” said M P Madhukara, a native of Mattur. “Right from the times of the Vijayanagara Kings in the 14th century, the vedas (Hindu religious texts), which are written in Sanskrit, were taught here. In the 1980s, Samskrita Bharati, an organization that has been working to spread the use of Sanskrit, came to the village to conduct a camp in the language. By the time this camp ended, everyone could use Sanskrit to conduct their day-to-day work.”

He adds that everyone got so interested in the language that they wanted to learn it.

“We do not always speak in Sanskrit, but then we all know the language. Every person in the village goes to the Sanskrit Paathshala (school) to learn the language. The Paathshala is 100 years old,” said Madhukara. “Now, every child in the village is taught Sanskrit up to the 10th grade. Earlier, we had at least one post-graduate in the language in every family, but things changed after the IT boom with youngsters moving towards the software sector. But yes, people know do know how to read and write basic Sanskrit.”

“In the 1980s, a religious guru, Vishweshara Theertha Sripada, came to the village and anointed it the ‘Sanskrit village.’ This means a lot to us and encourages us to preserve the tradition of learning Sanskrit,” says Madhukara.

In Karamana, a village in Kerala, the Vishwa Samskrita Pratishtanam, is trying to popularize Sanskrit by organizing camps and also encouraging locals to use the language. Doing their bit, the locals of Karamana are equal partners in this initiative.

The Samskrita Bharati, on its part, is trying to spread Sanskrit to other parts of the country besides Mattur.

“We have been able to get people from some villages in Madhya Pradesh interested in Sanskrit,” says Sanjeev Acharya from Samskrita Bharati. “One of the villages is Mohad in Madhya Pradesh, in central India. In the last decade or so, there is a renewed interest in Sanskrit. Our organization is also trying to teach the people of Artola, in the hilly state of Uttarakhand this language, but that will take a long time to show results as people have to first be sensitized about the language.”

Sanjeev Acharya believes that Sanskrit is still relevant because of its ability to unite people from all parts of India.

“The base for many Indian languages is Sanskrit,” said Acharya. “Let’s say you live in the northern part of the country where most people talk in Hindi, but you are hosting people from the South, who do not speak Hindi; in such a situation, using Sanskrit could help.”

“For instance, ‘jal’ means ‘water’ in Hindi. In Sanskrit, it is called ‘jalam’,” said Acharya. If you use the latter, you can easily communicate with people who speak other Indian languages. ‘Jalam’ is a word used in many Indian languages.”

S P Singh, a Sanskrit professor at MP Degree College that is affiliated to Allahabad University, says that the language fell out of favor because scholars in medieval times added difficult words and wrote literature that could not be comprehended easily by people.

“Originally, Sanskrit was an easy language. Later on, scholars started writing in a convoluted manner. This put people off and it faded from popular use.”

With Sanskrit slowly catching up once again, Singh says job opportunities are also emerging. He points out that teaching is an option for people like him as people are showing interest in Sanskrit.

Recently, the Government of India formulated a new National Education Policy where students are required to study three languages in school. Sanskrit is one of the options offered to them.

“Sanskrit could be one of the subjects in the three-languages offered by a school as mentioned in the education policy. This way Sanskrit would remain alive and relevant among the new generation,” said Singh.

The Government of India has also proposed to set up language institutes across the country and Sanskrit is one of the languages, which will have its own center.